With the participation of an official trade delegation from UAE

The 15th China International Small & Medium Enterprises Fair (CISMEF) opened on October 9th  in Guangzhoua city in China’s Guangdong Province, and will continue till October 13th.  UAE is taking part as the first Arabian partner of the fair, occupying an area of 1,000 square metres at the venue, with 78 different platforms dedicated to the country’s Small and Medium Enterprises and other national entities.

The visit was conducted in the presence of H.E Rahma bin Abdulrahman Al Shamsi UAE Consul-General in the Chinese city of Guangzhou, and the delegation included Dr. Adeeb Afify, Director of the National SMEs Programme, Mohammed Nasser Hamdan Al Zaabi, Director of the Trade Promotion Department at the Ministry of Economy, as well as high-ranking officials of local government entities and the private sector.

CISMEF is considered to be one of the most important regional and international platforms in the entrepreneurship sector, attracting more than 200,000 visitors every year. 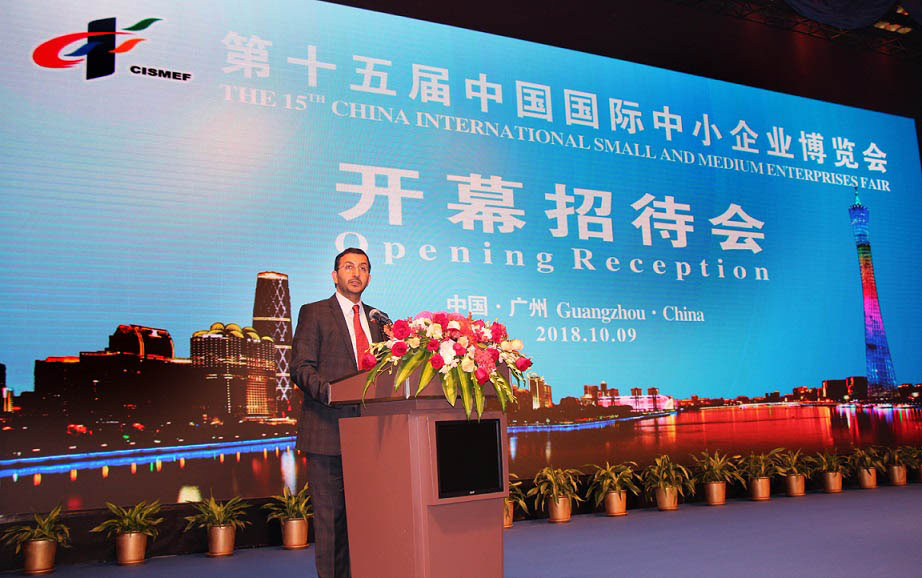 In his speech, H.E.Abdullah bin Ahmed Al Saleh, Undersecretary of the Ministry of Economy for Foreign Trade Affairs said the CISMEF has evolved into a leading platform for economic partnership between SMEs at the global level and provides a unique opportunity for SMEs of participating countries to exchange expertise and forge strategic trade relations.

H.E Al Saleh said that bilateral relations between the UAE and China are robust and rapidly growing, as evidenced by the intensity of the official and trade visits between leaders of both nations. He pointed out that the historic visit of HH Xi Jinping, President of the People's Republic of China to Abu Dhabi several months ago, played a prominent role in consolidating the partnership between both countries.

Al Saleh added that China is the largest non-oil trade partner of the UAE and that external trade between both countries grew by 15 per cent during 2017, with a total value of USD 53.3 billion.  He said that the UAE accounted for around 30 per cent of the total exports of China among the Arab countries, and about 22 per cent of the total Arab-China trade during 2017. China is one of the top 10 ten tourism markets of the UAE. 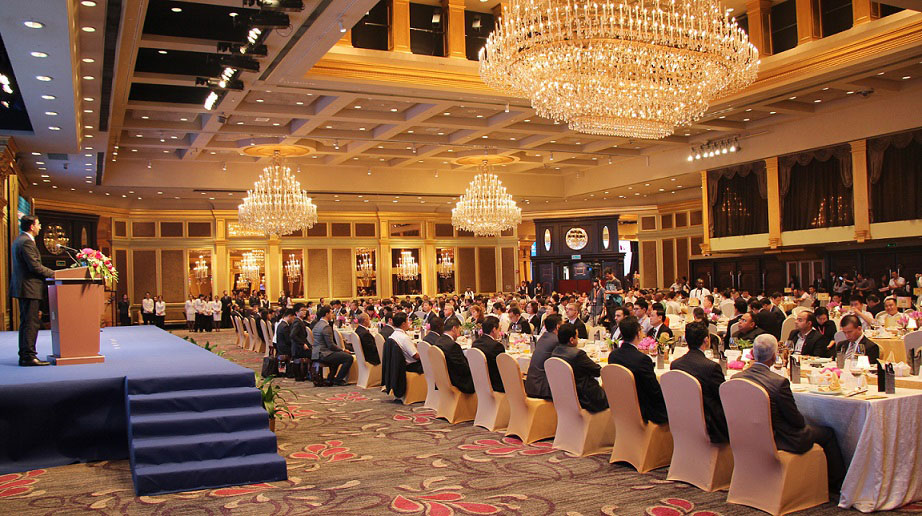 He pointed out that participation in the exhibition was strategically important, as it is provided the perfect opportunity to educate the private sector and businessmen about the opportunities for trade and investment, and said that the SME sector  was the mainstay of economic development, owing to which the UAE accords the highest priority to this sector, as well as to the development  of a  legislative system and business environment conducive to supporting entrepreneurs, as per international best practices.

For his part Dr. Adeeb Afify, Director of the National SMEs Programme, emphasized that CISMEF is considered to be the largest trade delegation outside the country, in terms of the number of UAE SME owners that participate in the fair, including about 85 small and medium national companies from various business and service sectors, pointing out that the visit comes in line with the programme’s efforts to promote and empower local entrepreneurs to easily access external markets.

H.E Wang Yongqing, Vice-Director of the Information and Industry Minister and Deputy of Organizing Committee of Fair, said that the CISMEF is now one of the most important international exhibitions for supporting entrepreneurship. He highlighted the importance of UAE’s participation in the exhibition as the partner country, since it enjoyed strong economic and trade relations with China. The UAE is the largest trading partner of China in the Middle East, as well as a pivot in the Belt and Road initiative.