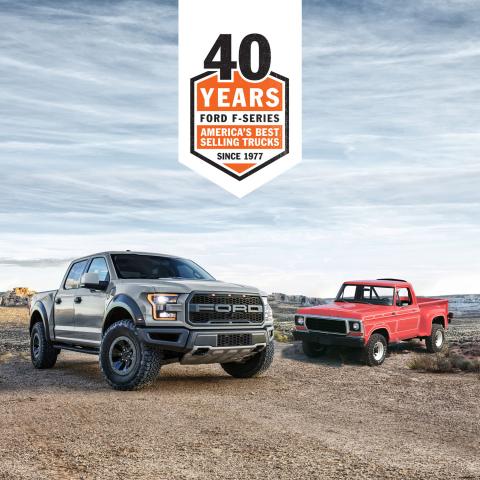 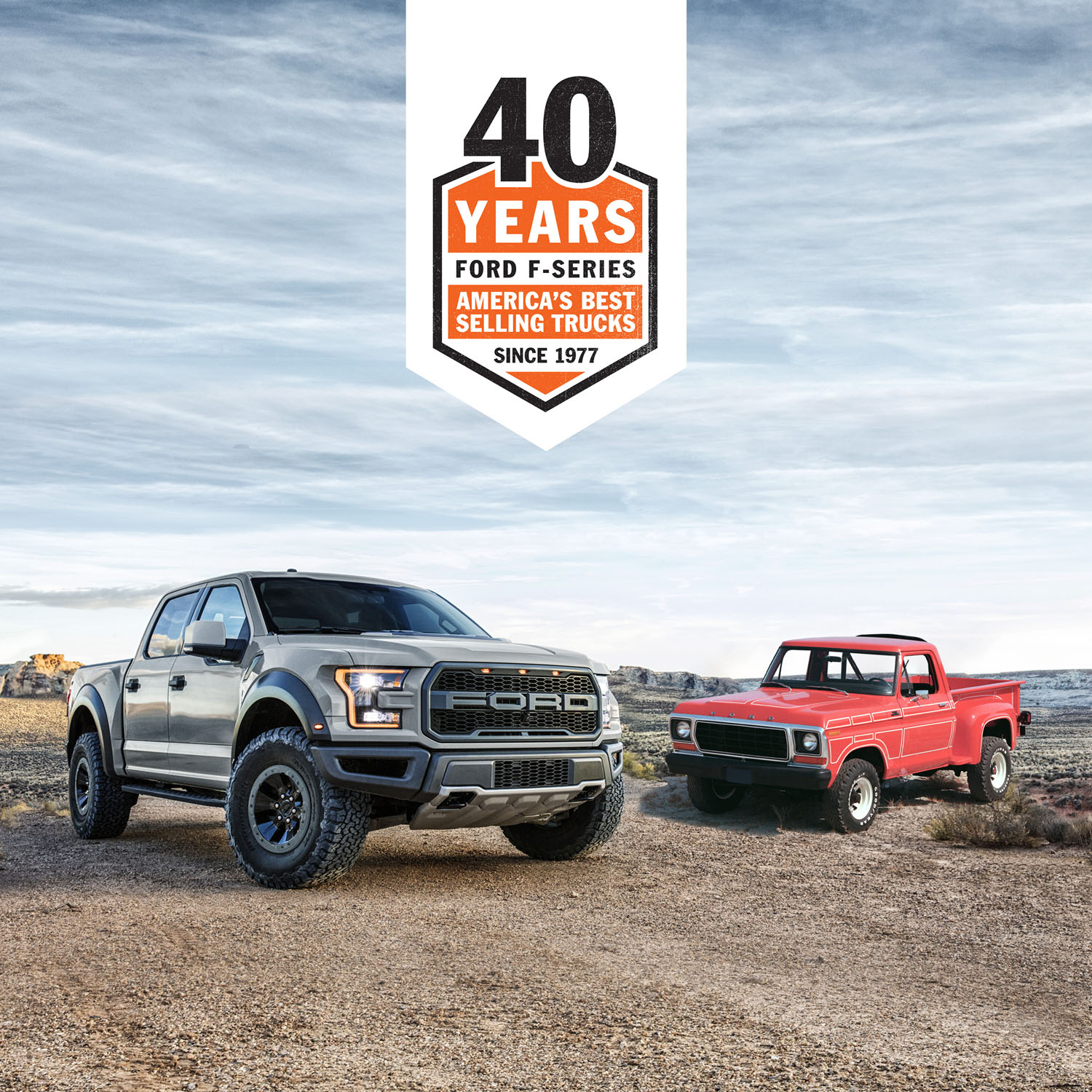 Ford, America’s truck leader, is celebrating a major milestone as F-Series now reigns as the top-selling truck in the country for 40 consecutive years and best-selling vehicle for 35 years.

Ford has now sold more than 26 million F-Series trucks since January 1977. Think of it like this: That many trucks could circle the globe more than three times, or, lined up bumper-to-bumper, would span 90,000-plus miles.

Ford truck leadership was established with the sixth-generation of F-Series for the 1977 model year, a time when 8-track tapes, disco and bell bottoms were the rage. The company was riding a sales wave – based on an all-new F-150 light-duty pickup featuring an improved 351-series V8 engine, standard front disc brakes, and an extended SuperCab offering.

Yet continuous innovation is at the very core of F-Series’ success and even with the momentum in 1977, Ford engineers were already at work on a clean-sheet design for an all-new lineup. That seventh-generation F-Series not only set sales records for trucks, but also by 1982 it had become the overall best-selling vehicle in America.

“The 1980 model was a breakthrough generation for Ford,” said historian and author James Wagner. “It was all new – probably the greatest change in 40 years. It was fresh and had a strong emotional appeal with the twin I-beam front suspension. It seems from that point on, things really went Ford’s way as far as trucks were concerned.”

Early on, Ford identified changing consumer preferences among truck customers who were increasingly using their vehicle to do more than haul livestock and equipment; customers were also using their trucks for their family and lifestyle needs. Beginning with the King Ranch in 2001, Ford was now offering luxury edition pickups that provided a combination of capability, style and comfort. Furthermore, models like the Platinum and Limited series went further, featuring leather seating, rich wood trim, full power accessories and premium sound systems.

“What’s made the F-Series so successful is the Ford truck team’s ability to anticipate the needs of our customers better than anyone else – how those needs change, what’s most important, and what they need to move forward,” said Todd Eckert, Ford truck group marketing manager. “Their insights help us design, engineer and build America’s best-selling trucks.”

For the 2004 model year, the 11th-generation F-150 received a top-down redesign. 2009 saw Ford charging ahead with some of the strongest visual cues ever for the 12th-generation F-Series. For the 2011 model year, the company was poised to combat skyrocketing energy costs with introduction of the all-new fuel-efficient 3.5-liter EcoBoost® engine for F-150.

Toughest, smartest, most capable F-Series ever

On rare occasions, innovative companies forever change the game with the introduction of a revolutionary product. Ford’s all-new high-strength, military-grade aluminum-alloy body for the light-duty F-150 in 2015 was that breakthrough product. Then Ford applied the same lightweight material to make the all-new 2017 F-Series Super Duty even more capable than ever.

When paired with advanced powertrains, like Ford EcoBoost engines, the F-150 lineup offers the most hauling capability*, and best-in-class gas mileage**.

Customers and critics alike appreciate the continued innovation of Ford F-Series trucks, with the 2017 Super Duty winning the Motor Trend Truck of the Year award – the seventh time in 30 years Ford has taken home the honors.

F-Series innovations and milestones, 1977 to present

(*) When properly configured. Class is Full-Size Pickups under 8,500 lbs. GVWR based on Ford segmentation.