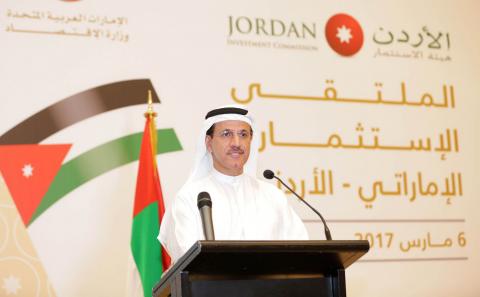 The UAE Jordan Investment Forum was held on Monday, March 06, 2017 under the patronage of H.E. Eng. Sultan bin Saeed Al Mansoori, UAE Minister of Economy, and Jordan's Minister of Labor, Ali Al Ghazzawi, at the InterContinental Abu Dhabi. Various officials and representatives from the private sector, investors, businessmen and chambers of commerce and investment authorities of both countries attended.

H.E. Abdullah Al Saleh, the Ministry of Economy’s ‎Undersecretary for Foreign Trade and Industry, also participated in talks on how to further stimulate and facilitate the flow of investments between the two countries and establish investment partnerships in vital sectors. 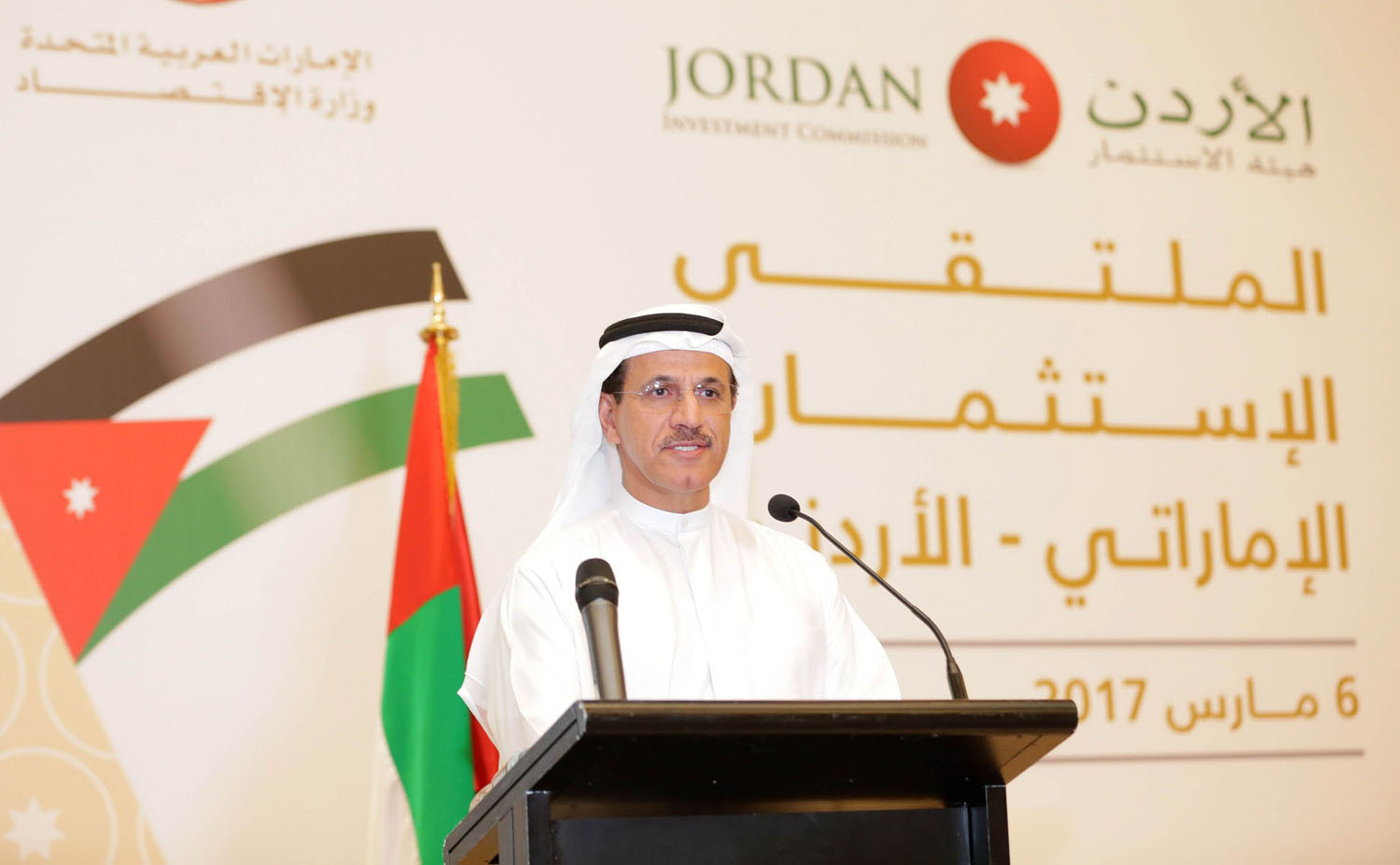 H.E. Eng. Al Mansoori pointed out that deepening cooperation in all priority economic areas is vital to the partnership between the UAE and the Kingdom of Jordan. He noted that trade figures reflect the sustained development of their economic relations, revealing that total non-oil foreign trade between the two countries stood at around USD 2 billion in 2015 and was at about USD 1.3 billion for the first nine months of 2016.

The Minister also underscored the importance of working jointly in accordance with clear frameworks for cooperation for their mutual benefit, adding that the forum provides an important platform for promoting investment cooperation.

H.E. Eng. Al Mansoori shared the economic vision of the UAE to build a competitive and diversified economy driven by knowledge and innovative national competencies. He also said that the national economy grew by 3.8 percent in 2015.

He further stated that efforts to further advance economic diversification have raised the contribution of non-oil sectors to about 70 percent of the state’s GDP and have made the UAE the second-largest Arab economy. He said that the country has become a regional and global center for investment and business, as well as a source of large investment flows towards several countries around the world. He also pointed out that the UAE’s total investments abroad reached about USD 9.3 billion in 2015, with a total cumulative value of USD 87.4 billion. He emphasized that Jordan is an important investment partner for the UAE which has invested a total of USD 15 billion in several Jordanian mega projects, including the Zayed Marina.

H.E. Al Ghazzawi further praised the Jordanian investment promoting law, referring to it as an appropriate legislative framework for attracting foreign investments and stimulating local investment. He explained that non-Jordanian investors are treated fairly and granted the right to invest in the Kingdom through ownership, participation, or by contribution to economic projects, particularly those for the mining, manufacturing, hospitality, medical, transport, construction, banking, insurance, brokerage, monetary exchange  and financial  sectors. He also noted that Jordan has a stable economic environment, talented human capital, advanced technology, and open economy.

He said that bilateral trade from 2011 to 2015 reached nearly USD 6 billion, and that UAE investments in Jordan ranked second in terms of volume behind Saudi Arabia. He added that Jordanian businessmen and investors in turn have invested in many of the UAE’s economic sectors such as real estate where Jordanian investments have totaled USD 1.5 billion.

Dr. Al Omari said that the Zayed Marina project in Aqaba City, which commemorates the great late Sheikh Zayed bin Sultan Al Nahyan, is considered one of the UAE’s premier projects in Jordan. He said that construction has started on the marina which is the largest mixed-used project in the Kingdom of Jordan.

He added that Jordan offers many attractive opportunities in the industrial sector and logistics services in the development zones, industrial cities, and free zones located across the Kingdom. He also noted promising investment prospects in regular tourism, medical tourism and hospitals, real estate, telecommunications, information technology, renewable energy, air and road transport, and railways, among other vital sectors.

For his part, H.E. Jumaa Abdullah Abadi, Ambassador of the Hashemite Kingdom of Jordan to the UAE, said that the two countries enjoy advanced bilateral relations especially in the economic, investment and trade fields, noting that the UAE is major partner of the Kingdom in those areas.

H.E. Adnan Abu Ragheb, Chairman of the Jordan Chamber of Industry, referred to the forum as an opportunity for the business communities of both countries to meet and interact to strengthen cooperation and help further enhance the bilateral relations of their countries. 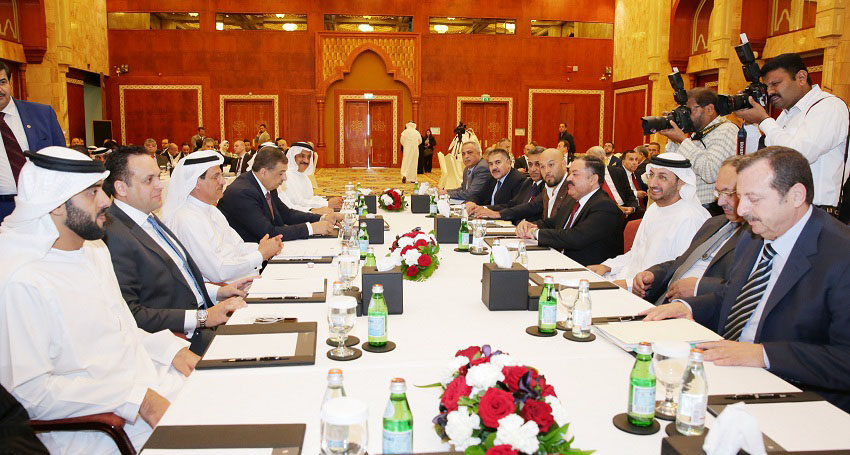 After the opening speeches, The Jordanian side made several presentations on their country’s investment environment as well as available prospects in value-added sectors, exemptions granted, and a summary of free zones and development areas.

Aside from the main meeting, other bilateral meetings were held on potential partnerships in Information and Communications Technology, Tourism (particularly Medical Tourism), Hospitality, Healthcare, Industry, and Renewable Energy.