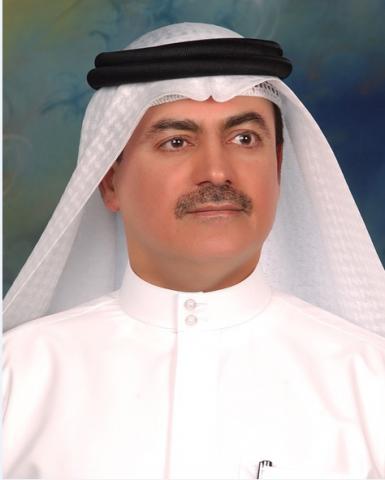 H.E. Dr. Al Amiri: ‘Misleading information may lead to serious health risks. The Ministry is the authorized body to release information about the safety of medicines’

H.E. Dr. Amin Hussein Al Amiri, Assistant Undersecretary for Public Policy and Licensing of the Ministry of Health and Prevention, has warned the public against a circulating video making false claims concerning the supposed ability of vitamin B17 to cure cancer. These claims lack scientific basis and are not supported by facts issued by global health authorities or even cancer research organizations. H.E. reiterated that spreading misleading information has serious consequences, especially as it relates to a serious disease that causes the death of millions of people worldwide. H.E. restated the importance of verifying any health related information with the concerned health authorities.

‘B17 is not a vitamin, it should not be used for treating cancer and it may cause poisoning’

H.E. Dr. Al Amiri explained that B17 – also known as laetrile and amygdalin, among other names – is a chemical found in the pits of some fruits and in some plants. It is not a vitamin and is not effective in treating cancer. Scientific studies conducted on this product did not prove its efficacy and showed that it may cause serious side effects especially when taken orally.

He said that medical research has also confirmed that not only is B17 ineffective for cancer but also poses a high risk for poisoning, which prohibits its use as a treatment. Side effects are due to cyanide poison that is available in this substance and they include headaches, dizziness, low blood pressure, high fever, liver damage, lack of oxygen in the vessels, and damage to the nervous system.

The US Food and Drug Administration (FDA) has banned medical claims relating to B17 on its ability to destroy cancer cells. The FDA has withdrawn many products from US markets containing these allegations about the effectiveness of B17.

The Assistant Undersecretary further confirmed that the disinformation has caused confusion and concerns among patients. He said he personally received a number of calls from some patients and high-ranking officials to check the alleged effectiveness of B17. The World Health Organization and other international health institutions said cancer treatment normally involves surgery, chemotherapy, and radiotherapy, which are adopted by many well established specialized medical centers. Early detection of cancer remains the most effective way to treat the disease and this is being advocated by the Ministry of Health and Prevention and other local health authorities. The treatment methods and medication used in public and private hospitals are according to the latest international practices and have been approved by international organizations in the United States and Europe. Moreover, innovative cancer medicines are granted local approval as soon as they are released by the Health Authorities in US and Europe.

He also cautioned that misleading information may cause some patients to stop taking their medication or modify the dosage without proper advice from their doctors, potentially causing a relapse. It also harms the integrity of the UAE’s pharmaceutical industry as some patients may lose confidence in accredited medicines in the country.

H.E. Dr. Al Amiri said spreading the false information through groups of friends and relatives in social media has serious consequences as some patients may look for alternative drugs with grave health consequences that may even lead to death.

Public advised to check with the Ministry of Health and Prevention

H.E. Dr. Al Amiri urged members of the community to always check with the Ministry of Health and local health authorities regarding the efficiency of local medicines. He emphasized that the Ministry aims to achieve increased public awareness to counter false information about medicines and their effectiveness. For any information regarding the safety of a medicinal product, The Ministry of Health and Prevention can be contacted by calling 042301000 or e-mailing pv@moh.gov.ae or via the ‘Tammeni’ service link at http: www.moh.gov.ae/en/Services/Pages/TaminiService.aspx