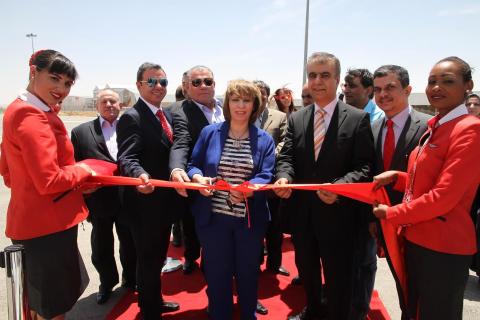 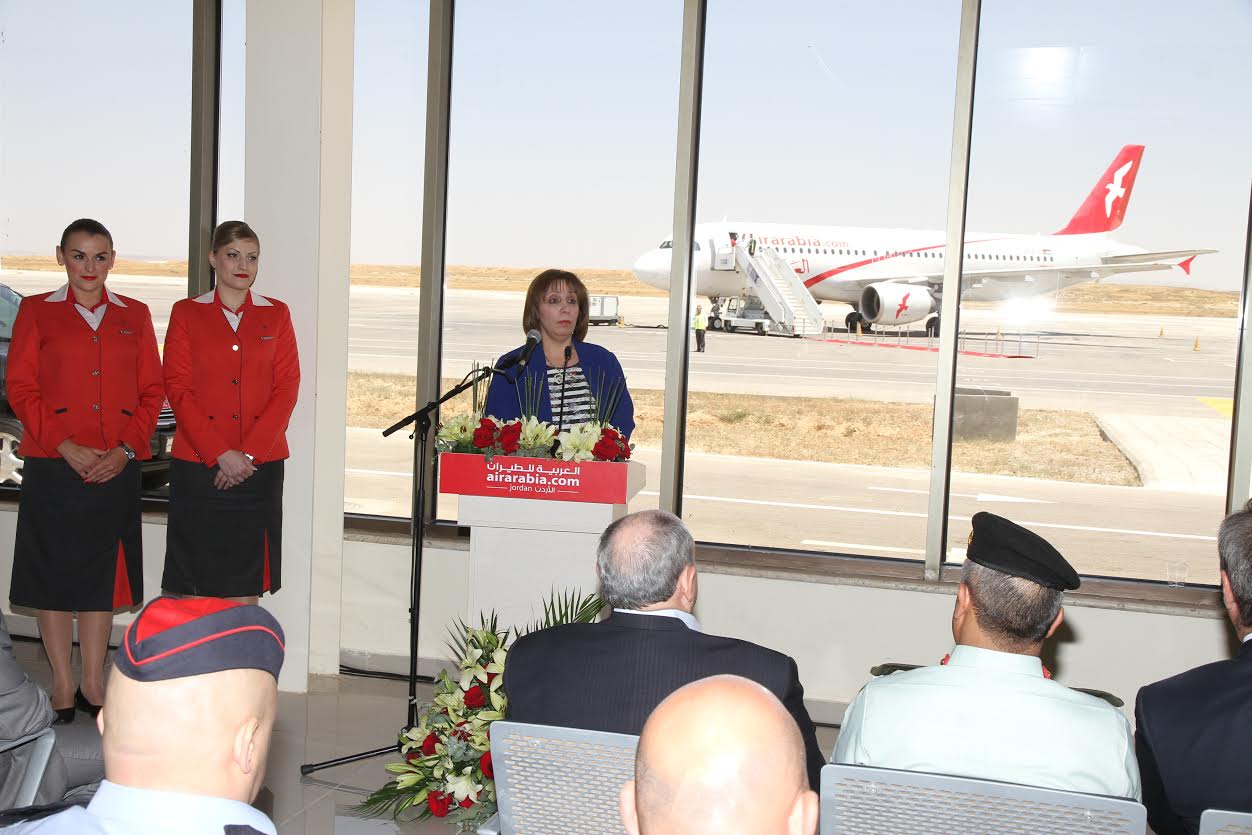 A new era of low-cost aviation in the Levant began today as the first Air Arabia Jordan flight departed its base at Queen Alia International Airport in Amman. The airline’s inaugural flight to Kuwait City was marked by a ceremony attended by senior executives from the airline, the Jordanian aviation industry and member of the press.

Inaugural flight 9P 301 departed Amman QA International Airport today at 12:00 pm local time and was received upon arrival by officials at Kuwait International Airport. Air Arabia Jordan will also launch its services to Jeddah, Erbil and Sharm El Sheikh on May 19th, 20th and 21st respectively. The new airline will offer customers comfort, reliability, and value for money air travel from and into The Hashemite Kingdom of Jordan.

In addition to increasing international connectivity for people living in Jordan, Air Arabia Jordan aims to support the on-going development of the local economy by bringing more tourists and business people into the Kingdom. It will also create a significant number of skilled jobs in the fast-growing aviation sector.

“The Kingdom’s newest carrier provides Jordan-based passengers with cost-effective options to travel across the region while offering excellent value-for-money opportunities for regional travellers to visit Jordan” said Riad Khashman, Chairman of Air Arabia Jordan. “We thank the local authorities for their continuous support and presence today; we are confident that being a national Jordanian carrier based in Amman, Air Arabia Jordan will playan important role in supporting the on-going economic growth and tourism development of Jordan.”

Commenting on the launch of flights, Adel A. Ali, Group Chief Executive Officer of Air Arabia, said: “Jordan is a country full of potential with its steady economy and historical attractions. Therefore, the Kingdom’s travel and tourism growth is a key driver forits sustainable economic development. Today marks the start of a new era of value air travel for people in Jordan and across the Levant. We are confident that Air Arabia Jordan will complement and positively contribute to the overall all aviation growth from and into the Kingdom.” In turn, Kjeld Binger, Chief Executive Officer of Airport International Group - the Jordanian company responsible for the rehabilitation, expansion and operation of Queen Alia International Airport (QAIA)- stated, “At QAIA, establishing new routes is at the forefront of our priorities, especially given their capacity togenerate jobs and service contracts, thus positively impacting the national economy at large.  We are pleased that Air Arabia Jordan has chosen QAIA as its newest hub, which consequently will create healthy competition that will inevitably spur innovation and market growth within the Jordanian aviation industry.”

The newly established carrier is managed by Air Arabia Group and will operate a fleet of new Airbus A320 aircraft equipped with the world’s most spacious economy seat pitch.

Earlier this year, Air Arabia announced the establishment of its fifth international hub in Jordan following the acquisition of a 49 per cent stake in Petra Airlines with its principle shareholder RUM Group maintaining a 51 per cent stake. The new partnership has led to the creation of Air Arabia Jordan, the Kingdom’s new low cost carrier (LCC). Queen Alia International Airportis Air Arabia’s fifth global fixed-based operation, following Sharjah and Ras Al Khaimah in the UAE, Alexandria in Egypt, and Casablanca in Morocco.

Air Arabia, listed on the Dubai Financial Market, is the largest low cost carrier (LCC) operator in the MENA region. The carrier began operations in October 2003 from its main hub at Sharjah International Airport in the UAE. It has since grown to serve more than 100 destinations, spanning Europe, the Middle East, Africa and Asia from four international hubs in the UAE, Morocco and Egypt.

Founded in 2002 and listed on the Amman Stock Exchange, RUM Group is one of Jordan’s leading travel and transport provider providing wide range of hospitality and tourism services across theHashemite Kingdom of Jordan