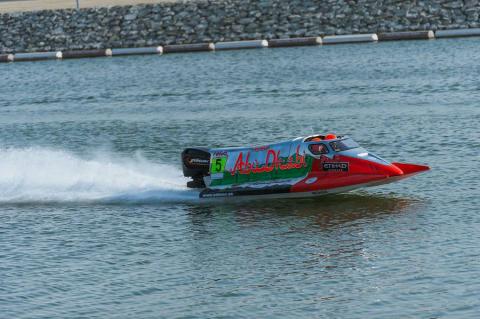 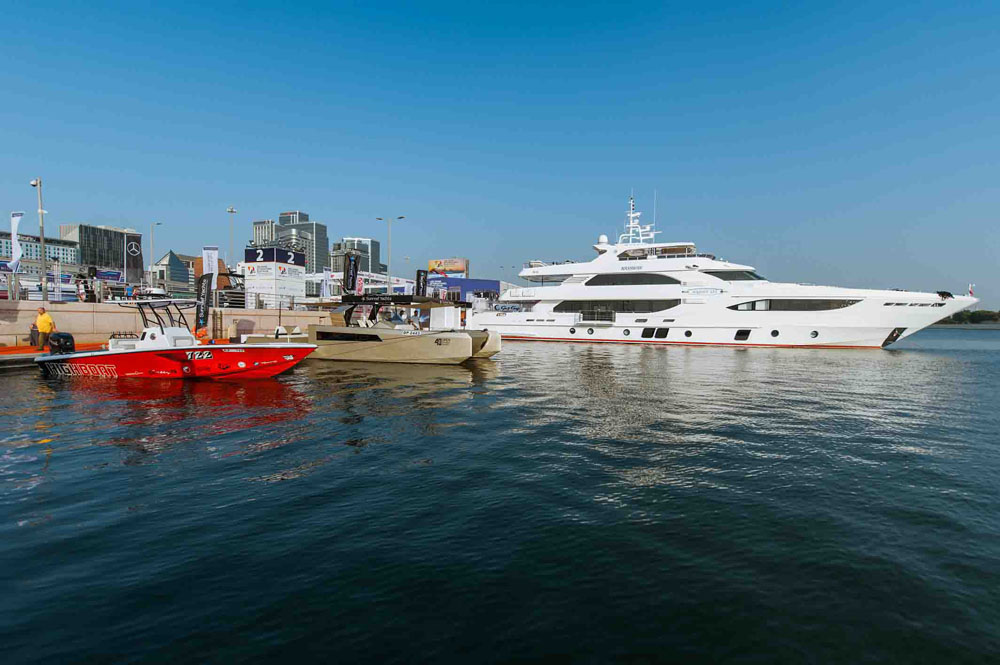 The inaugural edition of the Abu Dhabi International Boat Show (ADIBS) 2018, hosted and organised by Abu Dhabi National Exhibitions Company (ADNEC) ended on a high, reinforcing the opportunity for the marine sector in Abu Dhabi.

The four-day event attracted 21,123 local, regional and international visitors, who were treated to a fascinating display of the latest luxury yachts, leisure marine equipment and fishing equipment. As many as 270 exhibitors from 25 countries, as well as leading local manufacturers of luxury yachts, took part in the event.

Humaid Matar Al Dhaheri, Group CEO of ADNEC, said: “The inaugural edition of ADIBS has far exceeded our expectations, by attracting 21,123 visitors over four days. Several deals were also signed during the show, reflecting the high interest in the UAE’s leading marine industry. This first-of-its-kind event has taken its place as one of the leading platforms in the Middle East for the world’s prominent leisure marine companies and water sports enthusiasts to come together and witness the best that the UAE Capital has to offer.”

He added: “The show highlights Abu Dhabi’s position as an ideal destination for such an industry event to take place. ADNEC is pleased to have successfully hosted and organised such a major event, emphasizing its contribution in making Abu Dhabi the regional capital of business tourism and consolidates the global trust in our developed venues and facilities capable of hosting leading international events and reinforcing our support to the government’s development and diversification agenda. I would like to thank our partners, sponsors, supporting entities and the media who contributed to the success of ADIBS and the positive impact it has had on Abu Dhabi’s luxury yachts and leisure marine industry.” 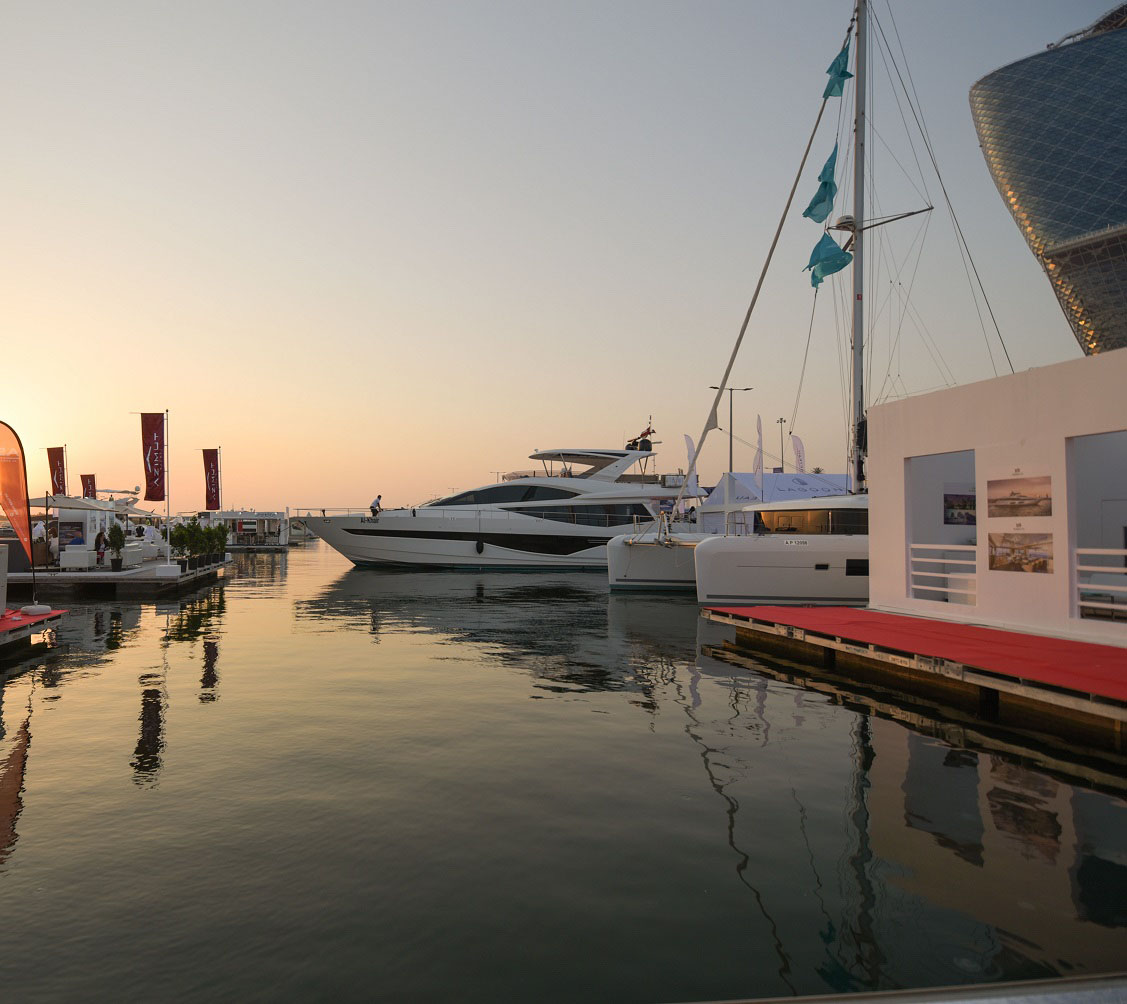 ADIBS witnessed the launch of state-of-the-art leisure marine equipment. Emirates Riviera Company unveiled the yacht (RCAT50) in the ‘Fly Bridge’ version, the Boat (Rcat38) and the Riviera enclosed Abra, in addition to showcasing its luxurious yacht, Integrity 55. Gulf Craft, the UAE’s leading yacht and boat builder, showcased its latest recreational boating (Oryx 37) design, and three different models of the Majesty including- Majesty 100, Majesty 135 and Majesty 62, in addition to the display of three boats from Oryx and Silver Craft, a line popular amongst the fishing community. Delma Marine launched the Boston Whaler 210 Montauk boat, the first of its kind in the Middle East.

Two yachts were announced for the first time in the region, the luxury yacht Monte Carlo (MC6-2019) from ‘SF Yachts’ and the UK-origin ‘Princess 55’ yacht from Princess Yachts. The event also witnessed launches from Emirates Boats Company, the world’s first finest boats and powerboat range, which included the ‘carbon epoxy’ infused centre-console 48 feet fishing boat built in the UAE, a House Boat by Al Kous; The Sea Star Racing boat, the Sea Star RS boat, the Tullio Abbate Kid and the Elite 27 manufactured by Sulaco Arabia, as well as the latest models of the Drone operated Hull cleaner by Keel Crab. Also unveiled during the event was the 9.5-metre ASIS Amphibious Beach Lander Boat and the ASIS Amphibious Boat by Asis Boats. 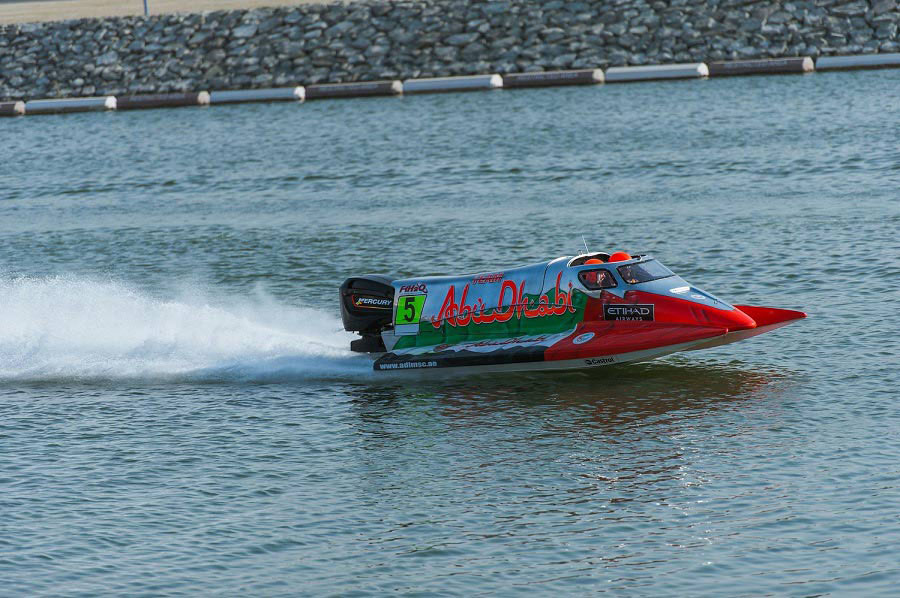 In addition to the launches, several exciting marine activities took place and kept visitors of all ages entertained. Visitors were able to take part in yacht and sailing trips, fishing competitions, and had the opportunity to witness stunt performances such as, Jet Ski and Flyboard shows. Motorised and non-motorised watersports, such as the ‘Open 60’ yacht sailing experience with Pindar, Keel Boats sailing experience with Abu Dhabi Sailing Academy; the Mako slingshot experience, a carbon fibre-powered and motorised water skateboard experience fascinated visitors. With a range of non-motorised water sports and activities by Watercooled, including Water Yoga; Kayaking; Ecodonuts; Dingy catamaran and Wind-surfing. Other activities included Seakart experiences; a traditional Abra experience with Abu Dhabi International Marine Sports Club and an ‘Introduction to Boating’ event, sea trials with Marine Concept, among many others.

Activities continued at the Attractions & Entertainment Area which hosted a spectacular Flyboard show by Hydro Water Sports, with world champion Suksan Tonghtai, along with the Jet Ski Free Style Show by Rashed Al Mulla, as well as the participation of Thani Al Qemzi, F1 Powerboat Team Abu Dhabi Champion who was at the show taking visitors out to experience Powerboat passenger rides. In addition, the Emirates Autism Chamber’ Orchestra performed a spectacular evening musical.

In the Sports Fishing Zone, Al Bateen Marine Training conducted two sessions under the theme ‘International Regulation for Preventing Collision at Sea - Rules of the Road’ in English and Arabic; the first session was held exclusively for ladies, while the second was open to all visitors. Extreme Anglers also held a masterclass on trolling, safety in fishing, casting class and equipment selection, as well as a panel discussion on both heritage and modern fishing, aiming to create greater awareness about the environment and the importance of responsible fishing and marine safety and sustainability. 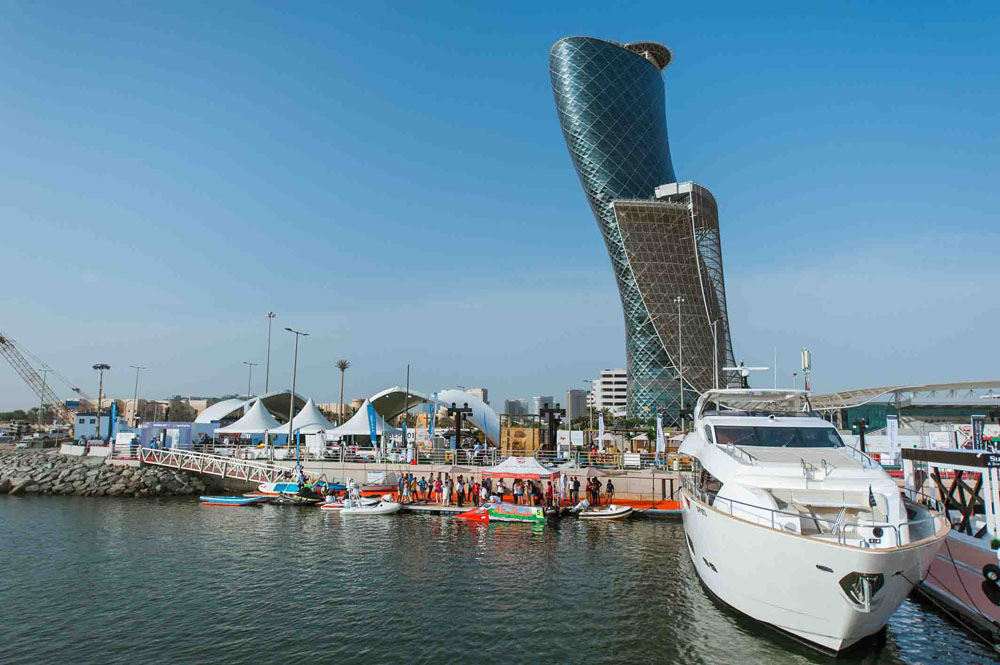 Masterclasses on crucial aspects of marine life, such as “Safety in Fishing”, “Casting” and “Equipment Selection”, provided by Extreme Anglers and a session on Anchors and Anchoring in Arabic and English by Al Bateen Marine Trading focused on safety as a pivot to the growth of the leisure marine industry. The highlight of the show was the Q & A competition held in the Sports Fishing Zone, where winners and visitors received a number of valuable prizes.

Exhibiting companies at ADIBS were extremely pleased to be part of the inaugural edition of the show as a Founding Member of the 2018 event with the high footfall which was witnessed. In addition, they praised the pivotal role of the show as a leading platform to enhance communication and networking with their global counterparts and explore the marine market of Abu Dhabi. They also commended ADNEC’s organisation of the show and the unparalleled range of world-class facilities of the Abu Dhabi National Exhibition Centre, which formed the ideal destination to showcase the latest innovations in the luxury yachts and boats industry while emphasising easy access to the location and attracting a recognised number of local, regional and international visitors.