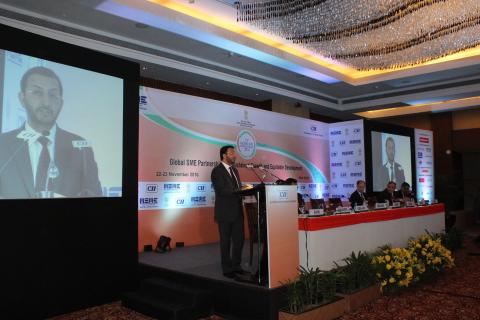 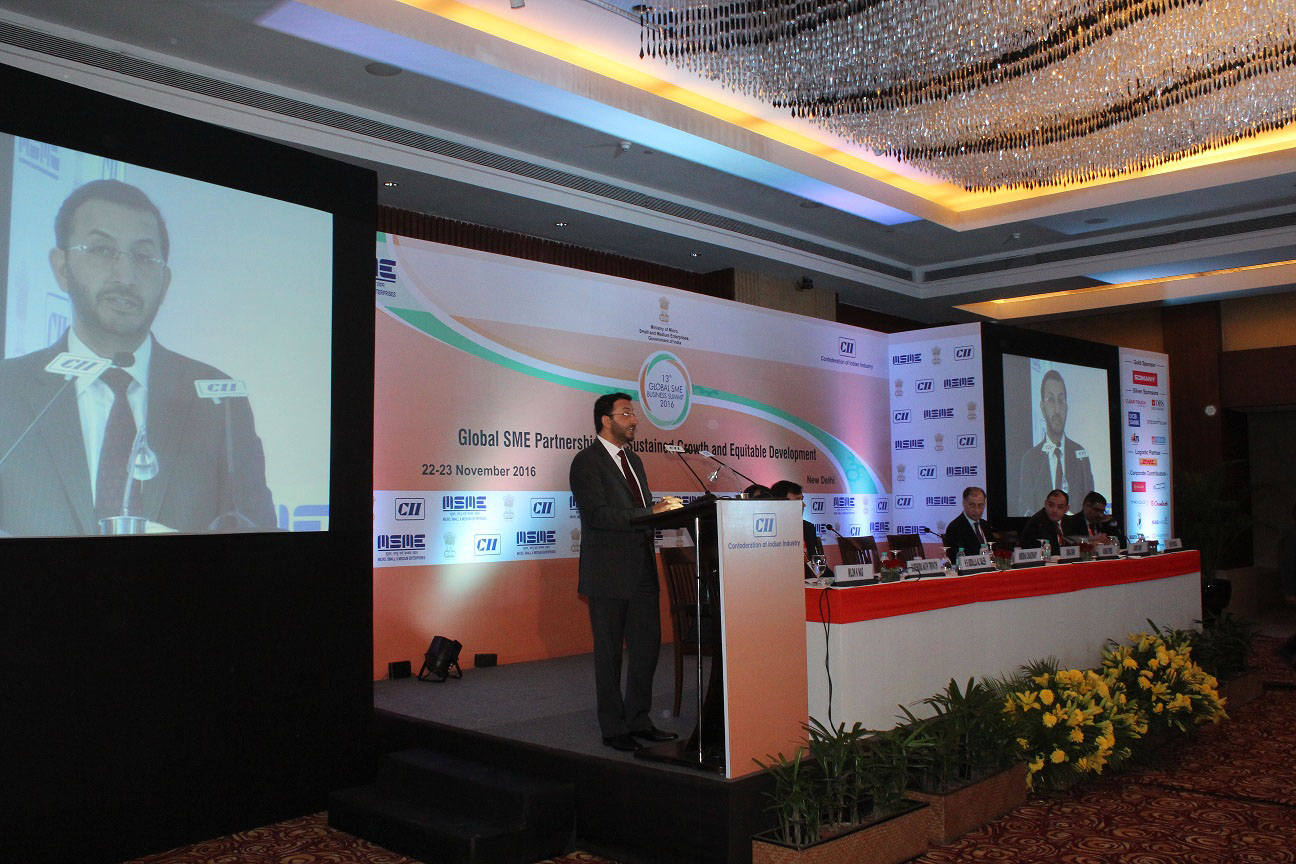 The 13th Global Summit on Small and Medium Enterprises kicked off yesterday (Tuesday, November 22, 2016) in New Delhi, India, and will continue until today November 23 with more than 1,000 participants from more than 20 countries. The UAE participated in the opener as a Partner Country and joined a special panel discussion on major partnership opportunities in the UAE’s small and medium-sized enterprises (SMEs) sector.

During his opening speech for the summit being held under the theme ‘Global Partnerships in Small and Medium Enterprises to Promote Sustainable Growth,’ H.E. Al Saleh emphasized the strong historical ties between the UAE and the Republic of India at all economic and cultural levels, stating that India is the largest trading partner of the UAE which in turn is the third largest foreign partner of India.

Indian investments in the UAE have reached more than USD 6 billion so far –the third largest for the country – while the UAE is India’s 10th largest foreign investor and the region’s first.

The Undersecretary pointed to several indicators of the strong ties between the two countries, noting that Indians comprise the largest expat community living and working in the UAE at around 2.5 million, with their annual volume of remittances estimated at USD 12 billion.

H.E. Al Saleh clarified that the most prominent sectors for joint investments between the two countries include construction, energy, information technology, and services. He stated that the summit provides an ideal platform for the exchange of information and opportunities on potentials for enhancing partnerships in the priority sectors of both parties in the coming period, focusing particularly on prospects for SMEs.

The Undersecretary revealed that bilateral trade between the two countries has grown steadily, with non-oil exchange inclusive of free zones recorded at USD 34.2 billion by the end of 2015, and at more than USD 17 billion during the first half of 2016.

H.E. Al Saleh underscored the vast opportunities provided by the summit to discuss ways to enhance collaboration in areas of common interest and mutual prospects in the SME sector as well as the exchange of experiences and plans related to the growth and development of this vital sector.

He added that the SME sector comprises more than 90 per cent of the companies operating in the UAE and India, making it a top priority for the two countries. He also said that the Emirates values this sector due to its relevance in promoting a diversified economy based on knowledge. He shared that the UAE has set a goal to increase the contribution of SMEs to the national GDP to 70 per cent by 2021.

Commenting on the role of the UAE as the summit’s Dr. AlBanna, said that SMEs are of great importance in promoting economic growth as they play key roles in providing new jobs, promoting innovation, and spurring exports.

The Ambassador added that given the close bilateral relations uniting the UAE and the Republic of India, the summit provides the perfect platform for deepening cooperation in the SME sector and exploring opportunities for building more partnerships in this major sector as well as exchanging experiences and knowledge for the interests of both countries.