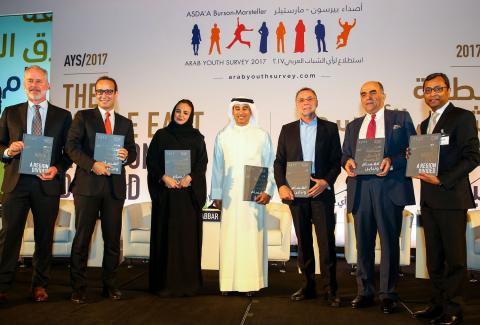 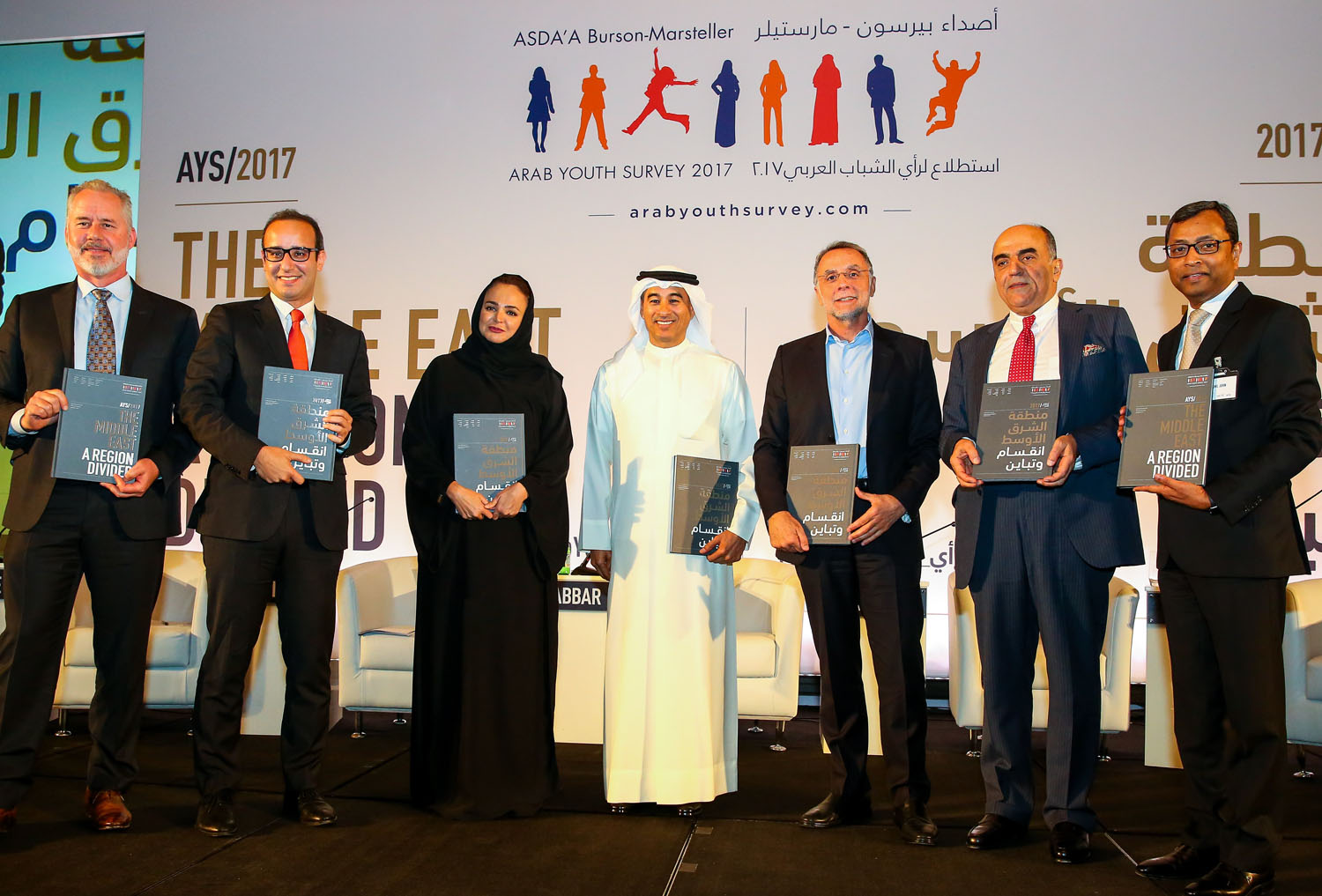 Findings from the ninth annual ASDA’A Burson-Marsteller Arab Youth Survey reveal optimism has plunged among young Arabs across much of the region, and lay bare a widening divide over hopes for the future between those living in the wealthy GCC states and those living elsewhere. The Survey throws light on a growing trend of a polarisation of views, inspiring its main theme, “The Middle East ­– a region divided.”

In the GCC member states, an overwhelming majority (85 per cent) of young people are confident that their country has been heading in the right direction over the past five years, but in the Levant and Yemen, which face mounting social, political and economic challenges, the same number, 85 per cent, believe their country is headed in the wrong direction –  bringing the division of views into the spotlight.

Most (81 per cent) young Arabs feel that their government could do more to address their problems and issues, though 86 per cent of Gulf youth believe their governments are putting policies in place that will benefit young people ­ – an opinion held by just a quarter (24 per cent) of young people in the Levant and Yemen.

“The stark divide between the views of youth in the GCC nations and those in the Levant and North Africa is clearly related to the huge differences in access to opportunity,” said Sunil John, Founder & CEO of ASDA’A Burson-Marsteller. “The findings from this year’s Survey are profoundly troubling. In the nine years we have conducted this important research – the biggest study of its kind into the region’s most important demographic – we have always seen geographic differences, but never have they been so pronounced. Optimism should be the default attitude for youth, and the fact that so many young people, in so many nations, today believe that their countries’ best days are behind them should be a real cause for concern for policymakers across the region.

“It would be easy to dismiss this divide as the result of the widening income gap between the ‘haves’ and the ‘have nots’ – those that have oil, and the prosperity that should come with it and those that don’t. But that’s too simplistic – Iraq and Libya, for example, are oil-rich states, but are among those countries in which youth are most concerned about unemployment, and least confident in their government’s ability to address that issue.”

Roy Haddad, Director, WPP MENA, said: “The Arab Youth Survey provides a voice to the voiceless, and allows young Arabs to be heard around the world. It allows us to hear what Arab youth think and feel about their past, present and future. As such, it is an invaluable tool for businesses and governments, and civil society in general, who need accurate data and insights about this most important demographic.”

The threat posed by Daesh – viewed last year as the number one issue facing the Middle East –   is seen as diminishing, this year tying with unemployment as a top concern for 35 per cent of the region’s youth. Most young Arabs (61 per cent), also believe the terror group is getting weaker. In Lebanon, 77% of young Lebanese say Daesh has become weaker over the past year. Additionally, and across the region, young people think education reform and well-paying jobs are just as important as military action in defeating terror and extremism.

When asked specifically about unemployment, one out of two young Arabs (51 per cent) say that they are 'very concerned' about the jobs situation, an increase of 9 percentage points over last year, with youth in Iraq (69 per cent), Algeria (64 per cent) and Bahrain (60 per cent) most concerned about unemployment.

Looking further afield, attitudes towards the election and presidency of Donald Trump are largely negative among Arab youth. Despite having been in office for just weeks before the survey was conducted (from February 7 to March 7, 2017), Trump is already seen as the most unpopular US president of the 21st century. Among the 3,500 young Arabs surveyed across 16 countries in the Middle East and North Africa, 83 per cent view Trump unfavourably, compared to 77 per cent unfavourable views for George W. Bush and 52 per cent for Barack Obama.

Furthermore, a strong majority (70 per cent) of young Arabs say Donald Trump is anti-Muslim and half (49 per cent) also agree that Trump’s travel ban imposed on Muslim-majority countries would make it easier for extremist groups to radicalize and recruit young Muslims.

Young Arabs also believe the election of Trump is the single development that will have the biggest impact on the Middle East over the next five years, eclipsing the recovery in crude oil prices, Daesh’s loss of territory in Iraq and Syria, Saudi Arabia breaking off diplomatic ties with Iran and the ongoing conflict in Yemen.  Two-thirds (64 per cent) say they are either ‘concerned’, ‘scared’ or ‘angry’ about Trump taking the helm of the world’s most powerful state, while just one in five (19 per cent) say they are ‘excited’, ‘optimistic’ or ‘hopeful’ about the new US president.

The Survey also reveals that anti-American sentiments are on the rise, with 49 per cent of young Arabs viewing America as an enemy of their country (up from 32 per cent in 2016) versus 46 per cent who consider US to be an ally (down from 63 per cent in 2016). In 2017, a majority of youth in eight Arab nations consider the US their enemy, up from four nations in 2016.

Meanwhile, Russia’s influence is on the rise across the region, taking the lead from the US as the leading non-Arab ally among Arab Youth. When asked who are their country’s top allies, 21 per cent of young Arabs opted for Russia (up from 9 per cent from 2016) and 17 per cent picked the United States (down from 25 per cent last year).

Other key findings from the ASDA’A Burson-Marsteller Arab Youth Survey 2017:

Many young Arabs say their education system falls short of preparing students for jobs of the future The quality of education is a cause of concern for young Arabs, particularly in non-GCC nations. Nearly half the Arab youth say they are not satisfied with the current level of preparation of students for jobs of the future. Of the 51 per cent who say they are satisfied the current education system is preparing them for future roles, most are from the GCC nations (80 per cent) while those least satisfied hail from North Africa (33 per cent) and the Levant and Yemen (34 per cent).

The UAE sprints ahead of the pack as the country in which most young Arabs would like to live and want their countries to emulate The United Arab Emirates cemented its position as the country most young Arabs would like to live in and would most like their own countries to take after. This year, one in three (35 per cent) young Arabs say they would most like to live in the UAE, a significant increase of 13 percentage points from last year. Asked which country they would like their own country to emulate, the UAE again comes on top, with more than a third of young Arabs (36 per cent) saying the UAE is their model country, compared with one in four last year.