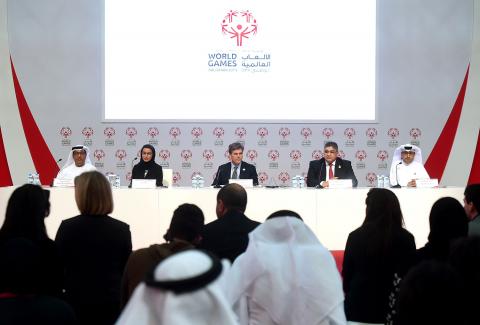 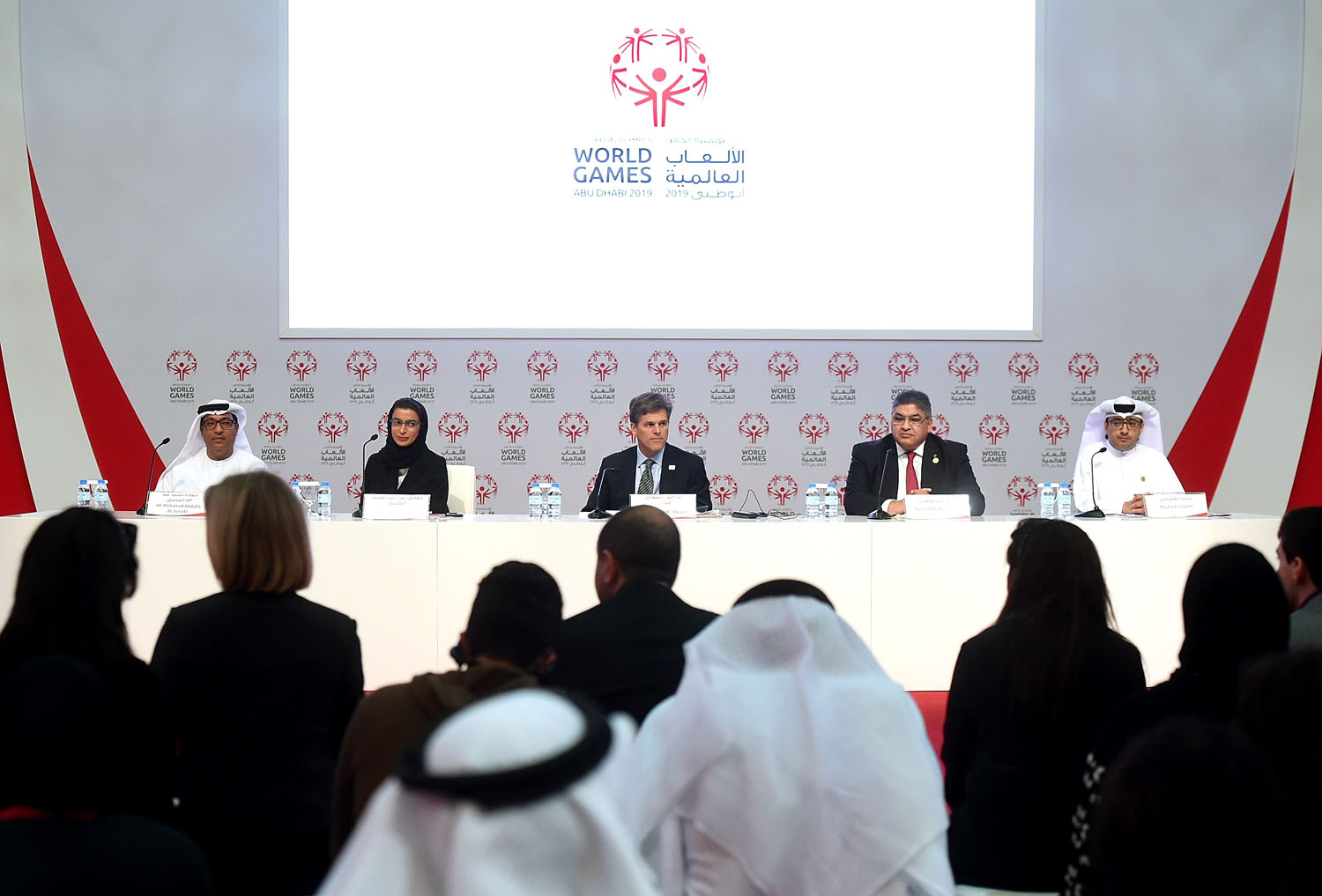 At a press conference today in Zayed Sports City, the Local Organizing Committee of the 2019 Special Olympics World Games welcomed government officials as well as executives and ambassadors from Special Olympics International to formally announce the 2019 Summer Games will take place in Abu Dhabi.

Also in attendance were Emirati footballers Ismail Matar, Ali Khasif and Subait Khater. Journalists and guests were invited to join athletes from the UAE Special Olympics chapter in games of basketball, football and table tennis, just a few sports which will make up the 2019 summer games.

Special Olympics World Games will take place in venues throughout Abu Dhabi March 14-21, 2019, the first time the games will be held in the Middle East.

A Bid Committee comprised of representatives from various local and federal stakeholders, including the Crown Prince Court of Abu Dhabi, Special Olympics UAE, the Abu Dhabi Tourism and Culture Authority and the Abu Dhabi Sports Council led the city to an unprecedented victory last year, as Abu Dhabi won a unanimous bid to host the Special Olympics World Games.  The Special Olympic World Games celebrate the skills, talents and sporting achievements of athletes with intellectual disabilities from across the world. Being awarded host city status further acknowledges Abu Dhabi’s longstanding commitment to encouraging social inclusion at home and across the Middle East.

Dr. Shriver said, “Abu Dhabi is the ideal choice to help bring about true change for millions of people with intellectual disabilities and their families in a strategically important region of the world. Selecting the city as host for the Special Olympic World Games in 2019 was an easy choice to make.  Both Abu Dhabi and the UAE have made disability a priority, promoting rights for people with intellectual disabilities for more than 20 years, making huge strides in integrating people with intellectual disabilities in the workplace and in schools.  Hosting the Special Olympics World Games is a way for the country to reinforce its long-standing commitment to creating inclusion.   Special Olympics transforms lives through the joy of sport each and every day, and we believe the Abu Dhabi Games will create lasting impact for the Special Olympics movement, transforming lives and challenging perceptions. We are certain that the city’s exceptional infrastructure, experience in hosting some of the world’s biggest sports events, and the warm welcome from the people of the UAE will make for a memorable event.”

Earlier, His Highness Shaikh Mohammad Bin Zayed Al Nahyan had issued a resolution setting up the Higher Committee to host the Special Olympics in Abu Dhabi under the chairmanship of Mohammad Abdullah Al Junaibi.

The committee is responsible for the preparation of the hosting of the Special Olympics World Games through the supervision of associated activities and events, and coordination with the relevant authorities to promote the emirate as a distinctive destination to host similar events. Under His Excellency Al Junaibi, the committee will represent the emirate before all relevant parties related to the hosting of the Games in coordination with the competent authorities as well as enter into contracts and agreements with relevant partners. The committee will hold sessions and conferences on hosting the Games, promote and propose the necessary budget to achieve the objectives of the committee to be submitted and approved by the Crown Prince’s Court. 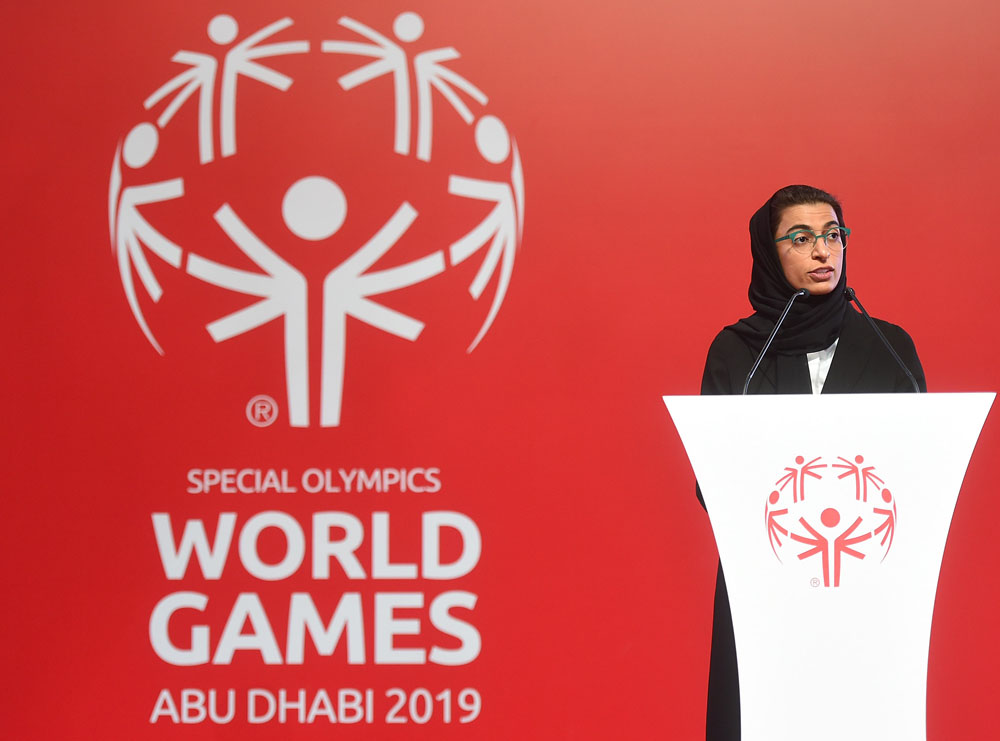 Proud of the UAE’s win of Special Olympics, Her Excellency Noura bint Mohammed Al Kaabi, the UAE Minister of State for Federal National Council Affairs, said, “The UAE has put social inclusion at the core of our national policies for over twenty years; it is an integral part of our culture and values. Hosting this wonderful event in Abu Dhabi reaffirms our commitment to improving the quality of life for people with special needs. It is a materialization of our relentless efforts to foster greater community engagement, and to create widespread awareness around untapped potential of people living with disabilities.” 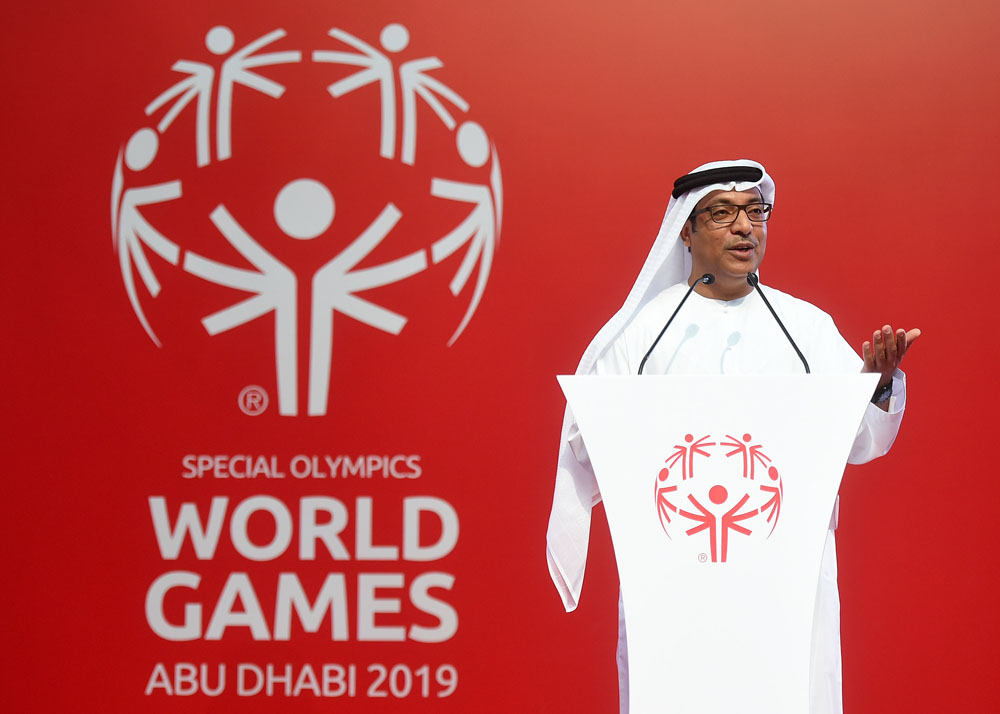 Commenting on the momentous occasion, HE Mohamed Al Junaibi - Chairman of the Abu Dhabi World Games Higher Committee, said: “Abu Dhabi has long been at the forefront of the inclusion of individuals with intellectual disabilities in our region. Today, we are celebrating a milestone in a journey that began with the vision of Sheikh Zayed in promoting an inclusive society. We are proud to continue this tradition through our leaders, and extend our commitment to the Special Olympics movement, which has the firm backing of the Crown Prince Court of Abu Dhabi, and the entire nation, as it brings us a step further in achieving social inclusion. Thanks to the Special Olympics athletes of the UAE who have inspired us to reach this milestone. We look forward to celebrating the achievements of all of the Special Olympics athletes here in the UAE in 2019.”

7,000 athletes and their families, from 170 countries will be welcomed at the Special Olympics World Summer Games in Abu Dhabi. The athletes will compete in 22 sports, taking place at multiple venues throughout the city, including ADNEC, Zayed Sports City and the IPIC arena.   Locally, Special Olympics UAE has a strong Program serving nearly 5,000 athletes and over 250 coaches, competing in 70 sports opportunities yearly, across 14 official sports.

Founded in 1968 by Eunice Kennedy Shriver, Special Olympics is a global movement that seeks to provide year-round sporting activities and healthy athletic competition for children and adults with intellectual disabilities.

The movement seeks to use the transformative power and joy of sports, to foster a spirit of unity and respect; delivering 32 Olympic-type sports and more than 108,000 games and competitions throughout the year.