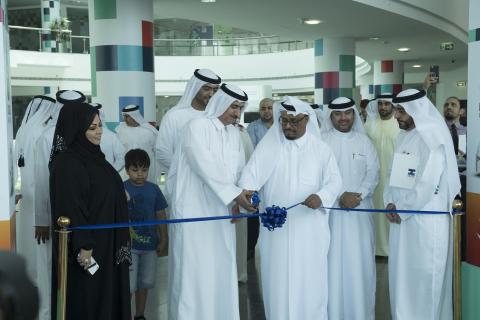 H.E. Tamim: “We are committed to build a generation of innovative programmers to create & explore future under directives of our wise leadership”

In a move to build a knowledgeable, innovative and competitive generation, H.E. Lieutenant General Dhahi Khalfan Tamim, Deputy Chairman of Police and General Security in Dubai, Chairman of Hamdan Bin Mohammed Smart University’s (HBMSU) Board of Governors, and Chairman of the Emirates Talent Association, attended on (Saturday, May 20, 2017) the awarding ceremony for the ‘Emirati Programmer’ initiative. The ‘Emirati Programmer’ project is a fruitful collaboration between the Emirates Talent Association, HBMSU, and Microsoft. The ceremony, which took place at the HBMSU campus, recognized 96 unique talents who successfully completed the three stages of the program. Presented in the ceremony were H.E. Majid Hamad Rahma AlShamsi, Chairman of Union Cooperative Society-Dubai and the Chairman of Consumer Cooperative Union in United Arab Emirates, and Dr. Mohammed Al Mu'alla, Under-secretary of the Ministry of Education. 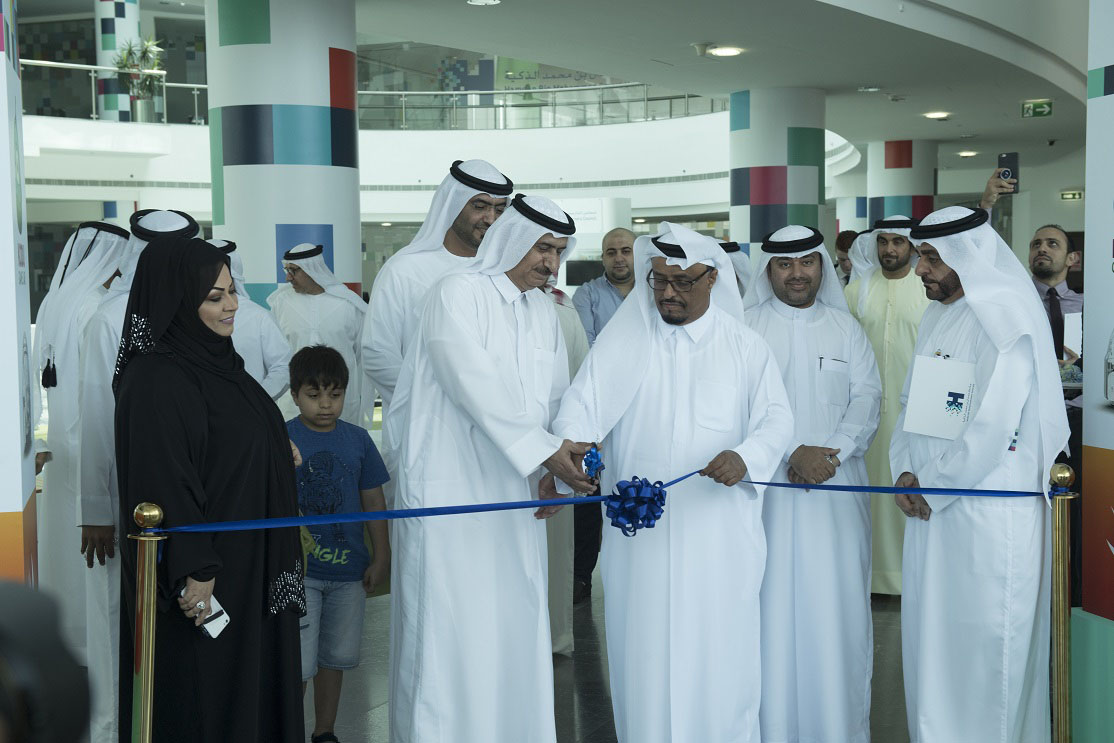 The awardees were honored for qualifying for the ‘Hackathon’ competition that will be carefully evaluated by a panel of information technology pioneers and international experts as a supportive step in harnessing the potential of local human capital to adept in modern technology that has become the language of the age and the core of development.

Participants of the ‘Emirati Programmer’ received high-level training under the direct supervision of their professional coaches and instructors who implemented HBMSU’s Lifelong Learning model at the three levels, ensuring that the talented people excel at the ‘Hackathon’ competition and win the title of ‘Innovative Programmer.’ The upcoming competition is of strategic importance as it offers a vital platform to young talents to enter the global competition in programming. It focuses on selecting winners according to strict criteria which includes the ability to link creative programming projects with the UAE's national initiatives and vision, particularly in the development of an innovative, knowledge-based economy. 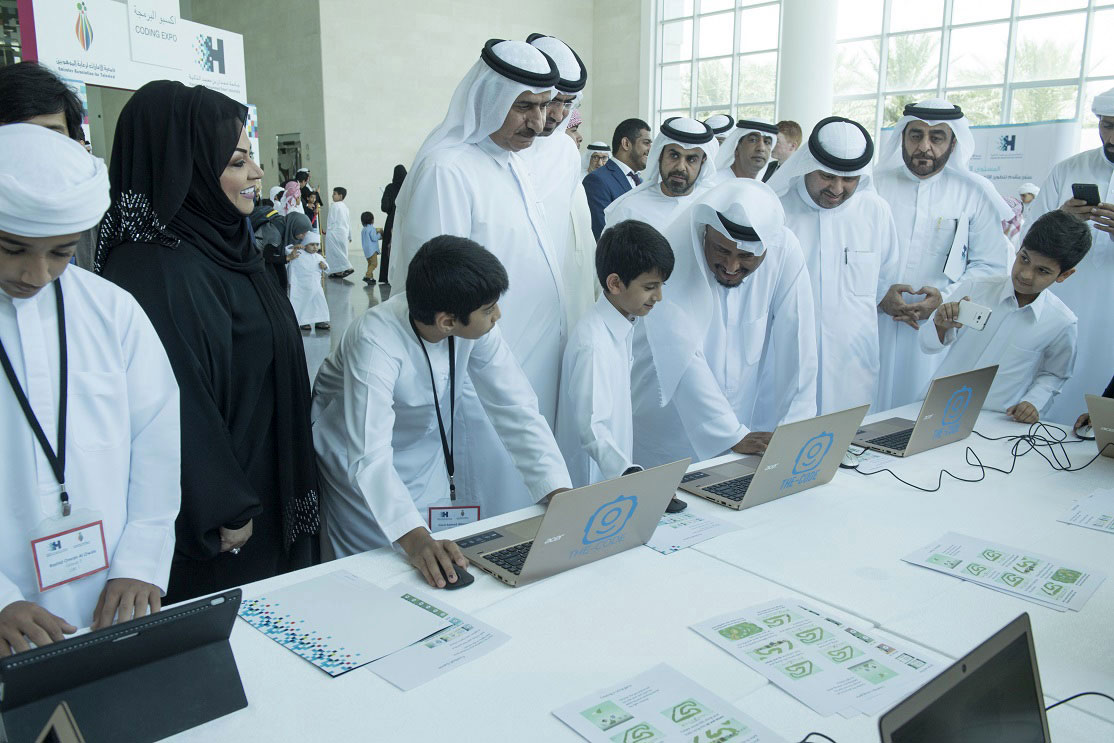 H.E. Lieutenant General Tamim expressed his pride at the talent and creativity of Emirati youths who are set to become future leaders of the nation. He emphasized the need to prepare the new generation of innovative programmers to innovate and look forward to the future under the directives of the wise leadership. He added: “The training of the participants of the ‘Emirati Programmer’ to compete in the ‘Hackathon’ demonstrates the UAE’s strong desire to invest in promising talents in the field of innovation, entrepreneurship and knowledge. The ‘Emirati Programmer’ has become important in the process of re-shaping the future of teaching and learning by using educational and academic methods based on creativity, innovation and smart technology. We are confident that this initiative will create a generation of national leaders who are capable of leading technological development in line with the vision of H.H. Sheikh Mohammed bin Rashid Al Maktoum, UAE Vice President and Prime Minister and Ruler of Dubai, inspiring us to be persistent and competent in taking up challenges with his saying that ‘There is no race more important and exciting than human race’.”

Khalfan concluded, “There is no doubt that the success of the program in qualifying 96 talents to be part of ‘Hackathon’ was the result of a strong partnership between the Emirates Talent Association, HBMSU and Microsoft. The chief aim here is to invest in national talents, which is in line with the objectives of the ‘National Innovation Strategy’ to develop and nurture highly skilled individuals in the field of innovation-- bringing the UAE to the top 10 most innovative countries in the world by year 2021. We appreciate the efforts of our partners, parents, talented people and volunteers to make this program a success that we are proud of, as it is based on the move to enhance technological innovation and cognitive curiosity and enable youth to contribute in shaping the development, renaissance, and growth in the 21st century.” 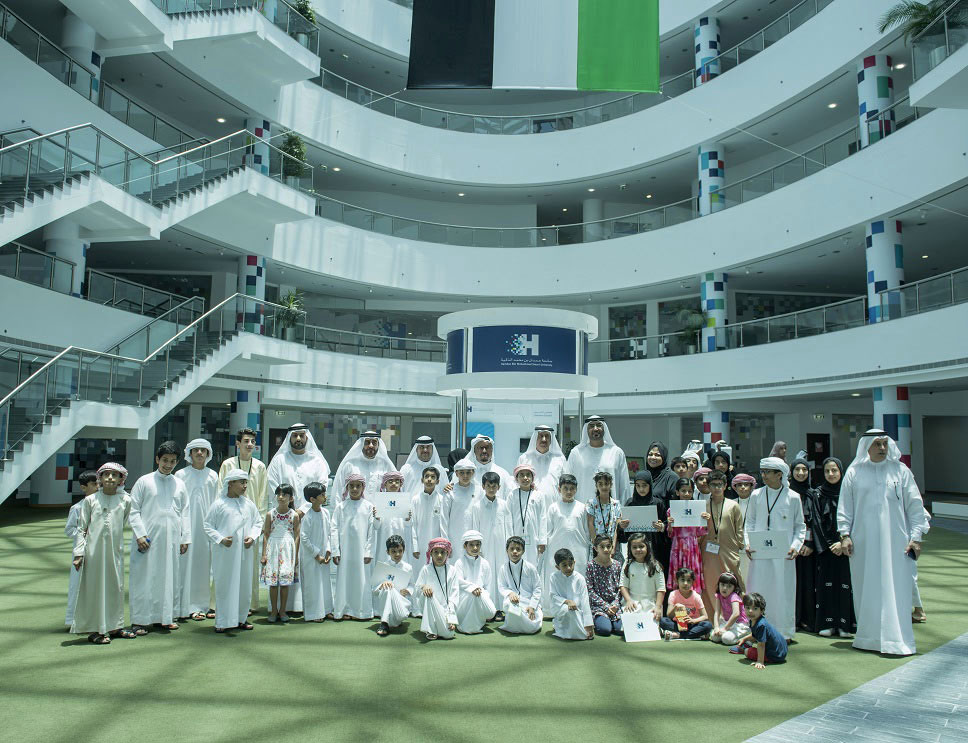 The Emirati Programmer has attracted a wide range of talented individuals who have acquired new knowledge and skills in computer language programming, particularly in the design of digital and electronic games and applications and the use of multiple programming environments such as Microsoft's Kodu Game Lab, Apple's Swift and Google's Blockly, as well as specialized courses available through the Cloud Campus platform. One of the most important events held on the sidelines of the closing ceremony was the Expo Programming initiative, an incubator for live models of creative talents ranging from 7 to 15 years old in programming, game design, robotics, application development, and more. The move showcased the success of the participants in demonstrating their newly acquired skills across three levels. Participants obtained Certificates in ‘Introduction to Computer Programming,’ ‘Digital Games and Applications Development’ and ‘Advanced Level of Developing Electronic Games and Applications.’