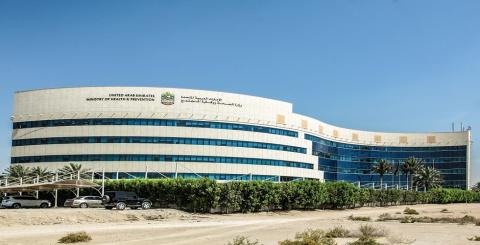 Dr. Hussain Al Rand: UAE is making every effort to prevent any case of malaria from entering the country
The Ministry of Health and Prevention (MoHAP), in cooperation with the World Health Organization (WHO), organized a scientific symposium on malaria to discuss the latest global developments related to the illness and to review the UAE's effective strategy to prevent and control communicable diseases.

The event was held in conjunction with the country's 15th anniversary of being malaria-free, according to the WHO, and was attended by HE Dr. Hussain Abdul Rahman Al Rand, Assistant Under-Secretary for the Public Health Sector. Representatives from the WHO and its Eastern Mediterranean Regional Office were present, in addition to representatives from Tadweer Company, Sheikh Khalifa Medical City (SKMC) and the National Center for Malaria Vector Control.

No Malaria cases reported in UAE since 1997

The gathering started off with a ceremony honoring key sponsors, who supported the ministry’s efforts in the fight against malaria, followed by a speech by Dr. Hussain Al Rand, who lauded the UAE's achievement in being one of the first nations in the Eastern Mediterranean Region to be declared completely free of malaria since 2007, according to the World Health Organization's declaration, adding that no infected case has been reported from inside the country since 1997.
Al Rand stressed that the ministry remains committed to preventing any case of malaria from entering the country with the help of competent health authorities, and by deploying a highly efficient epidemiological surveillance program for malaria, enabling health authorities to detect and treat incoming cases. Meanwhile, the ministry is increasing its entomological efforts to control insects and strengthen cooperation with neighboring countries in this field.

“The UAE is very proud of its non-stop efforts to fight malaria not only locally, but also globally. Recognizing the country’s pivotal role and the importance of developing new tools for the eradication of malaria worldwide, our wise leadership has financially supported the RBM Partnership to End Malaria in the world,” Al Rand said.
“Many international health organizations have expressed their gratitude and appreciation for the UAE’s support in the global fight against malaria. Just recently, Malaria No More, in partnership with the Crown Prince Court of Abu Dhabi (CPC) and the Reaching the Last Mile program announced the launch of a new global institute with the mission to combat malaria in the face of climate change and weather volatility. President His Highness Sheikh Mohamed bin Zayed Al Nahyan also offered an introductory award of 1.5 million US dollars to Malaria No More in 2020 to assess the feasibility of climate-informed malaria strategies through Forecasting Healthy Futures (FHF),” he further stated.

Topics discussed
Various topics have been addressed during the event including the role and importance of regional and global innovation in malaria eradication, where Dr. Andrea Bosman, Acting Director of the Global Malaria Program, WHO, and Dr Ghasem Zamani, Regional Advisor, Malaria Control and Elimination, WHO Regional Office for the Eastern Mediterranean, took part in the discussions. Also during the event, Dr. Mary J. Hamill, Head of the Global Malaria Vaccine Team at the World Health Organization, spoke about the first malaria vaccine and the latest vaccine updates.
Engineer Mohammed Rashid Al Naqbi, Pest Control Projects Manager / Pest Control Projects Department, Abu Dhabi Waste Management Center (Tadweer), shed light on smart solutions to tackle mosquitoes in Abu Dhabi, while, Dr. Nawal Ahmed Mohamed Al Kaabi, Chief Medical Officer, Sheikh Khalifa Medical City, touched on malaria in children, in terms of etiology, treatment and management. The gathering was rounded off with a session discussing resistance to antimalarial drugs by Dr. Yasmine Ahmed Fouad, a clinical pharmacist in the Malaria Control Program at the Ministry of Health and Prevention.