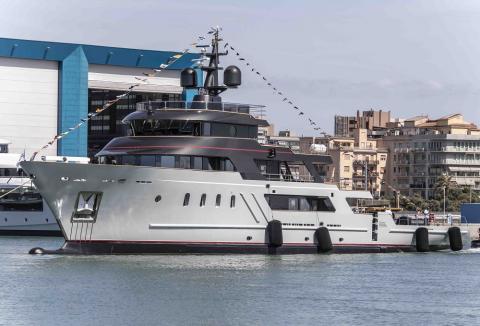 After a major refit that lasted just 9 months, Lusben has launched “Masquenada”, a 51-meter expedition yacht now owned by Pier Luigi Loro Piana. The main focus was the external profile of the boat – based on the work of Nauta Design – which has been radically transformed and extended in the stern block, as well as the complete renovation of the interior and the repainting of the entire superstructure and part of the hull.

During an intense and engaging private ceremony, held yesterday in Livorno at the Lusben shipyard, the 51-meter M/Y "Masquenada" expedition yacht was launched in the presence of her new owner, the fashion entrepreneur and great sailing enthusiast Pier Luigi Loro Piana.

The Lusben staff, the crew, the architects and designers, as well as the owner himself, were involved in a laborious and wide-ranging refit that began in October 2020, which constituted a radical renewal of the yacht, originally conceived as a work boat.

"The most important element of this entire project was time," said Pier Luigi Loro Piana in his speech at the launch. "Time is the most essential factor for an owner and I am enormously satisfied with the capacity of the Lusben shipyard which, together with all the collaborators, managed to complete this incredible transformation in just a few months.  Now, the project for the immediate future is to embark with my family and sail around the world."
The main transformation that "Masquenada" underwent was the removal and extension of the entire stern block: in addition to the installation of a transformer that doubled the available surface of the beach area, the lengths of the Bridge and Upper Deck were increased by 1.5 meters each. This operation was particularly complex because, in the beginning, there was a lack of information such as technical drawings or wiring diagrams, and it was therefore necessary to perform a 3D scan of the yacht and carry out measurements and surveys from scratch.

Continuing the work on the external decks, Lusben removed the deck crane, left over from the boat’s previous vocation, from the main deck, and installed a new, powerful crane below deck in the lazarette. This was a tremendous intervention, which required a redistribution of space and storage. With the crane in rest position, this solution frees up an area of approximately 200 square meters on the Main Deck. 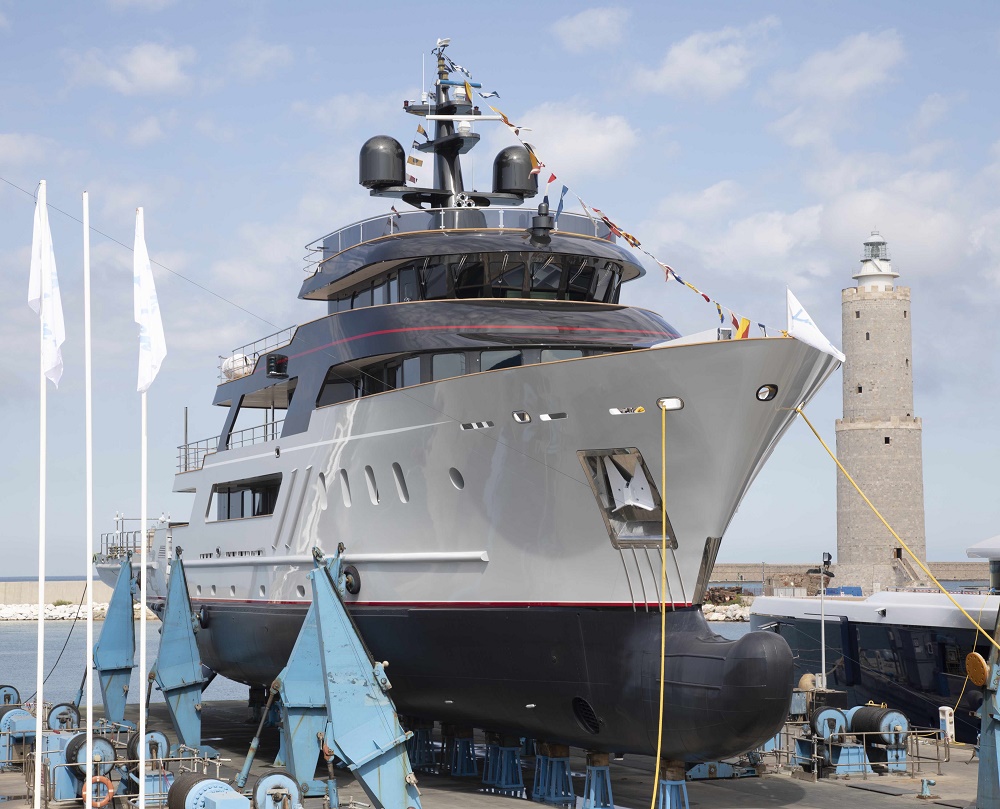 Next, the exterior décor was completely overhauled to adapt to the wishes of the owner who, in addition to customized freestanding furniture, requested to remove the jacuzzi from the Sun Deck and replace it with an outdoor cooking station.

Mario Pedol, founder together with Massimo Gino of Nauta Design, worked with his team on the exterior design. He commented, "We are particularly proud of this project that we were lucky enough to follow from the beginning, alongside the owner: From the initial briefing, to the search on the market for a yacht that could satisfy his needs, to the careful design of each phase of this rich and complex refit. Today, we can say that completing such a complex project in such a short time was an incredible operation carried out in a masterful way by Lusben. The profile of "Masquenada" is now much more sleek and elegant and, in redesigning the stern block, we have managed to improve the contact with the water and the liveability of this area, now transformed into a "pieds dans l'eau".

For the interiors, the owner has chosen to renew the collaboration with the architect Misa Poggi, who has been working with Loro Piana since 2002. With the exception of moving the galley to another area of the yacht, and a modification requested by the owner inside the Master Cabin where the headboard now rests against the stern wall, allowing him to enjoy an uninterrupted view towards off the bow, the layout has remained unchanged. Furnishings, décor and essences, however, have been completely modified, as have the ceilings and floors.

The Lusben team already knew the yacht well, having carried out numerous refit operations on her in the past years. Together with local suppliers and craftsmen, they quickly tackled the repainting of the entire superstructure (in Midnight Gray, chosen by the owner) and part of the hull, as well as laying the new Teak Burma, whose staves have been worked with a particular technique so that, to the eye, it seems like a single long stave. This element, as well as being a tribute to the world of sailing, particularly dear to the owner, as it helps to visually underline the breadth of the external areas.

Great attention was also paid to the reduction of vibrations and noise: Lusben, Vulkan and the Names studio collaborated to create new custom supports for the three latest generation Kohler generators, including a double soundproofing box for the central generator, while the thruster and hydraulic steering have been replaced by electric systems. New air conditioning units, converters and propellers help ensure high navigational standards.

“Without presumption, I think it is difficult to find another shipyard capable of completing a refit as complex as that of Masquenada in such a short time frame,” commented Alessio Centelli, Project Manager of Lusben with pride. “Also considering the difficulties related to the pandemic and the numerous restrictions in place, we were able to manage many activities, which involved various teams, external suppliers, crews and captain, always ensuring a safe and serene working climate. It took a good availability on the part of all the actors involved, an intense planning activity and a great mental agility to be able to follow the evolution, often non-linear, of the operations, but in the end we are all proud of the result obtained." 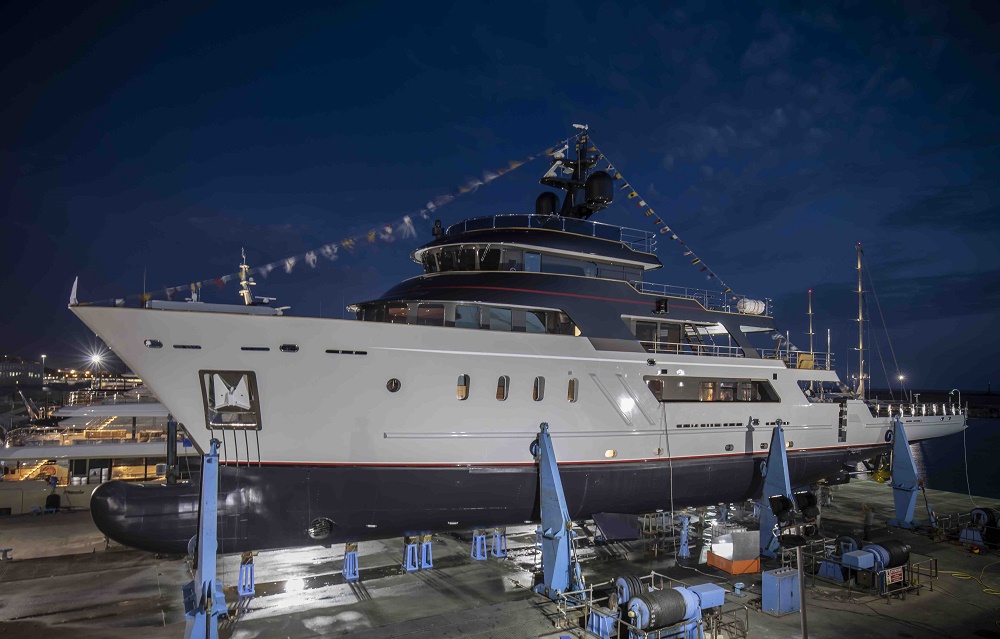