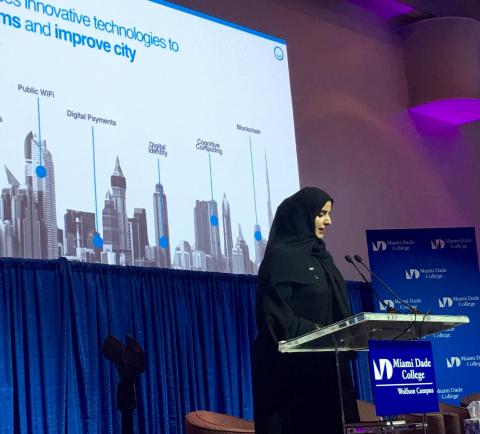 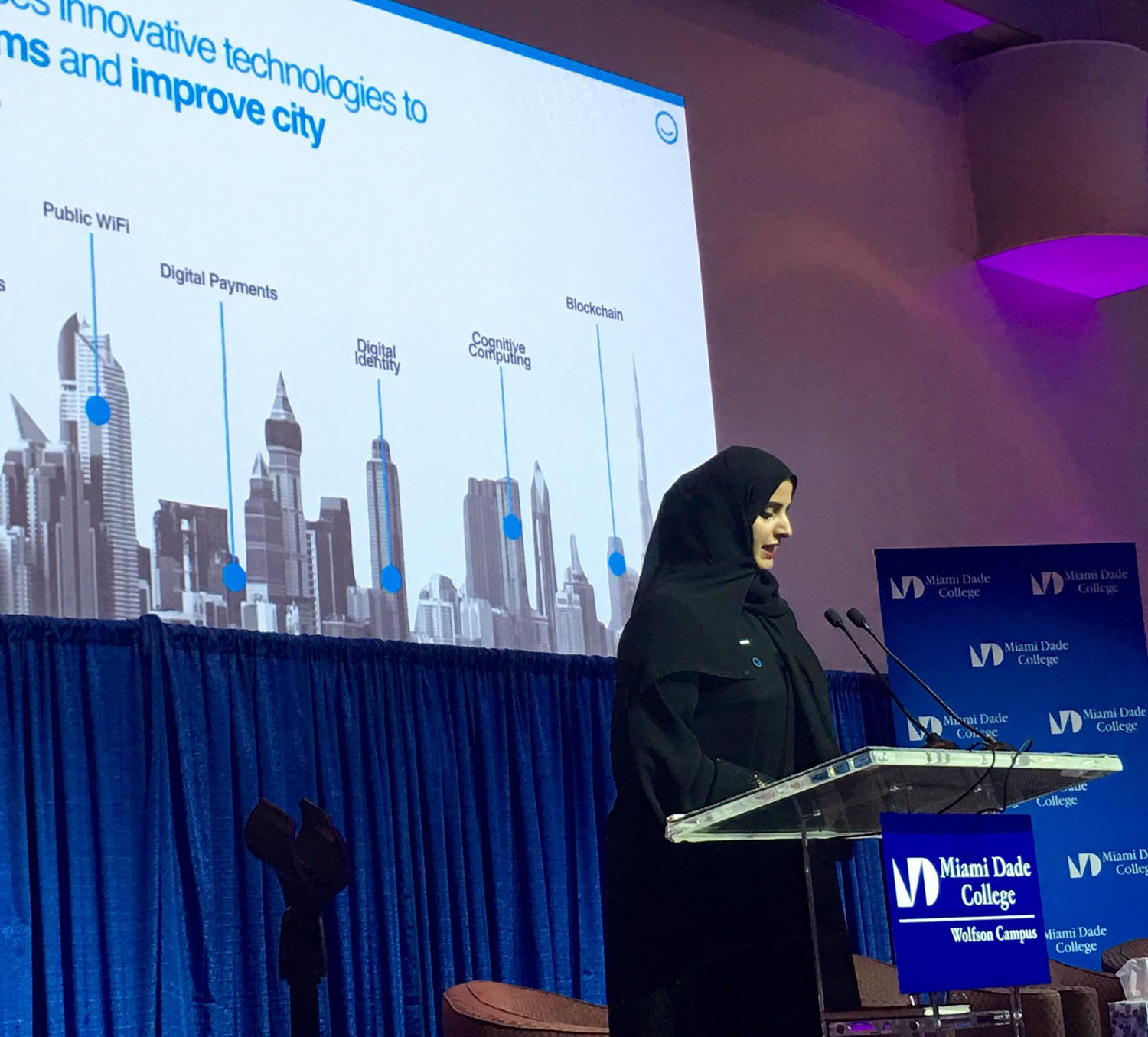 H.E Dr. Aisha bin Bishr, Director General, Smart Dubai Office, showcased the successes of Smart Dubai over the past three years in an international gathering of city and happiness leaders at The World Happiness Summit earlier this month. Organized by a board of happiness advocates from around the world, The World Happiness Summit is the first ever global movement that brings together stakeholders from the government, civic, corporate, academic, positive psychology, social and emotional intelligence and human development sectors. The event comprised of a three-pronged approach that included a private, invitation only H-20 working roundtable with country leaders, a three-day experiential consumer conference and a co-created event with the United Nations for the International Day of Happiness.

Speaking on Smart Dubai’s happiness-centric approach to smart city transformation, H.E Dr. Aisha bin Bishr commented, “Smart Dubai is the world’s first smart city initiative which focuses on greater happiness for the city, contrary to greater technology implementation. The World Happiness Summit provided us with an opportunity to share our ideas and our 21st century approach to making the world a happier place.”

“The World Happiness Summit enabled all participants to share their learnings with each other, helping showcase different ways of increasing happiness in our cities and around the world. Events such as the World Happiness Summit are necessary to ensure we are consistently assisting each other in order to create more efficient, seamless, safe and impactful city experiences for everyone.” Dr. Aisha Bin Bishr added.

During her keynote at the H-20 roundtable, Dr.Aisha discussed the transformation of Dubai from 1971 till date. Dr.Aisha spoke about the launch of the Smart Dubai Initiative by His Highness Sheikh Mohammed Bin Rashid Al Maktoum, Vice-President and Prime Minister of the UAE, and Ruler of Dubai, and His Highness’ vision of making Dubai the happiest city on Earth.

Dr.Aisha then discussed the Happiness Agenda, Dubai’s scientific approach to increasing happiness in the city and the implementation of the Happiness Meter, which measures happiness levels at every customer interaction touchpoint. Till date the Happiness Meter has been installed at over a 1,000 touchpoints and collected over 6 million votes from the city, resulting in a 90% Happiness Level in 2016.

As part of the panel Dr.Aisha discussed how the right government measures and policies such as the launch of Smart Dubai Initiative and the Happiness Agenda can affect a city in a positive manner ensuring happier citizens. Dr.Aisha also stressed the importance of an agile and collaborative approach to city transformation, supporting impactful decision making through a rich partnership network from the public and the private sector. Dr.Aisha concluded her presentation reiterating the fact that technology is merely a tool to Dubai’s smart city transformation, while raising happiness levels of the city’s residents and visitors is the ultimate goal.