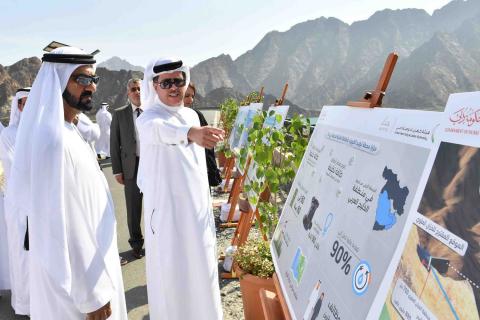 Dubai Electricity and Water Authority (DEWA) has approved a number of leading projects to be implemented in Hatta to achieve Dubai’s development plans, and the Comprehensive Development Plan for Hatta. HH Sheikh Mohammed bin Rashid Al Maktoum, Vice President and Prime Minister of the UAE and Ruler of Dubai, has ordered the plan to boost the area’s social and economic capabilities and enhance its attractiveness as a world-class tourist destination. DEWA’s projects in the area include a hydroelectric power station that will make use of the water stored in the Hatta Dam. This project is the first of its kind in the GCC, and will produce 250 megawatts (MW). 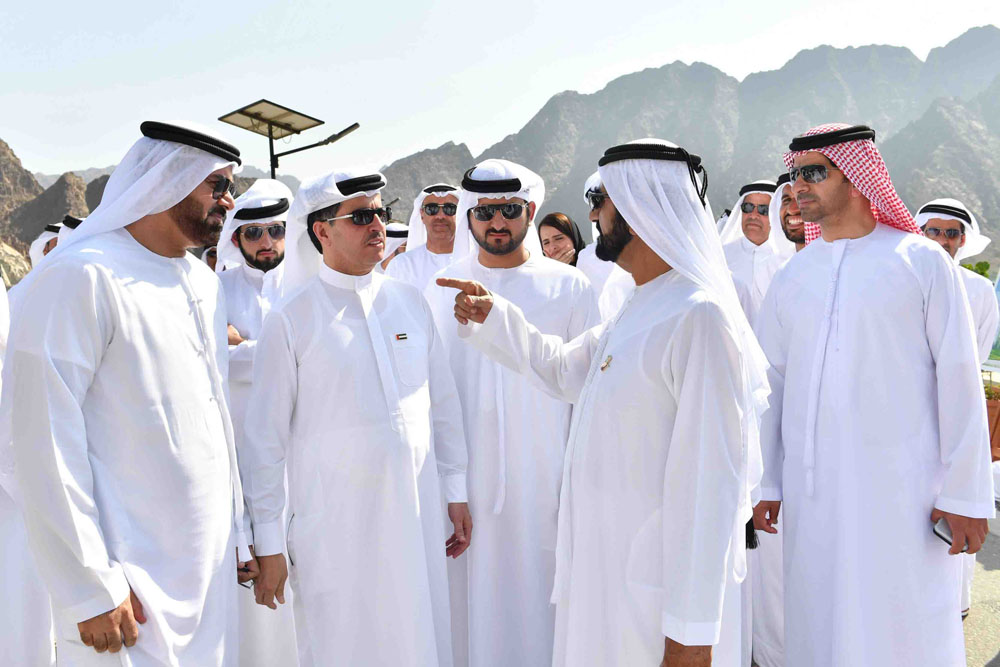 “The Hatta Development Plan reflects the attention His Highness Sheikh Mohammed bin Rashid Al Maktoum, Vice President and Prime Minister of the UAE and Ruler of Dubai, gives to overall development to achieve people’s happiness. In DEWA, we are inspired in all our development projects, by the vision of His Highness to supports and promote Emirati talent and involve young people in the development process. In all our projects, we consider sustainable development in its economic, environmental, and social aspects, while using natural resources sensibly to protect them for generations to come,” said HE Saeed Mohammed Al Tayer, MD & CEO of DEWA.

“DEWA’s initiatives within the Hatta Development Plan, will involve Hatta’s citizens in our projects, and provide leading and innovative job opportunities. The projects will create 200 permanent jobs in the technical, administrative and operational areas. Another 300 jobs are expected to be created in the Visitor Centre, outdoor activities, and the tourist facilities associated with the project. Over 2,000 jobs will be required during the implementation phase. The hydroelectric power station will increase the share of clean-energy use, support the sustainable development of the region, and enhance the position of Hatta as one of the most prominent tourist attractions in the Emirate. This supports the Dubai Plan 2021 to make Dubai the preferred place to live, work, and visit,” added Al Tayer. 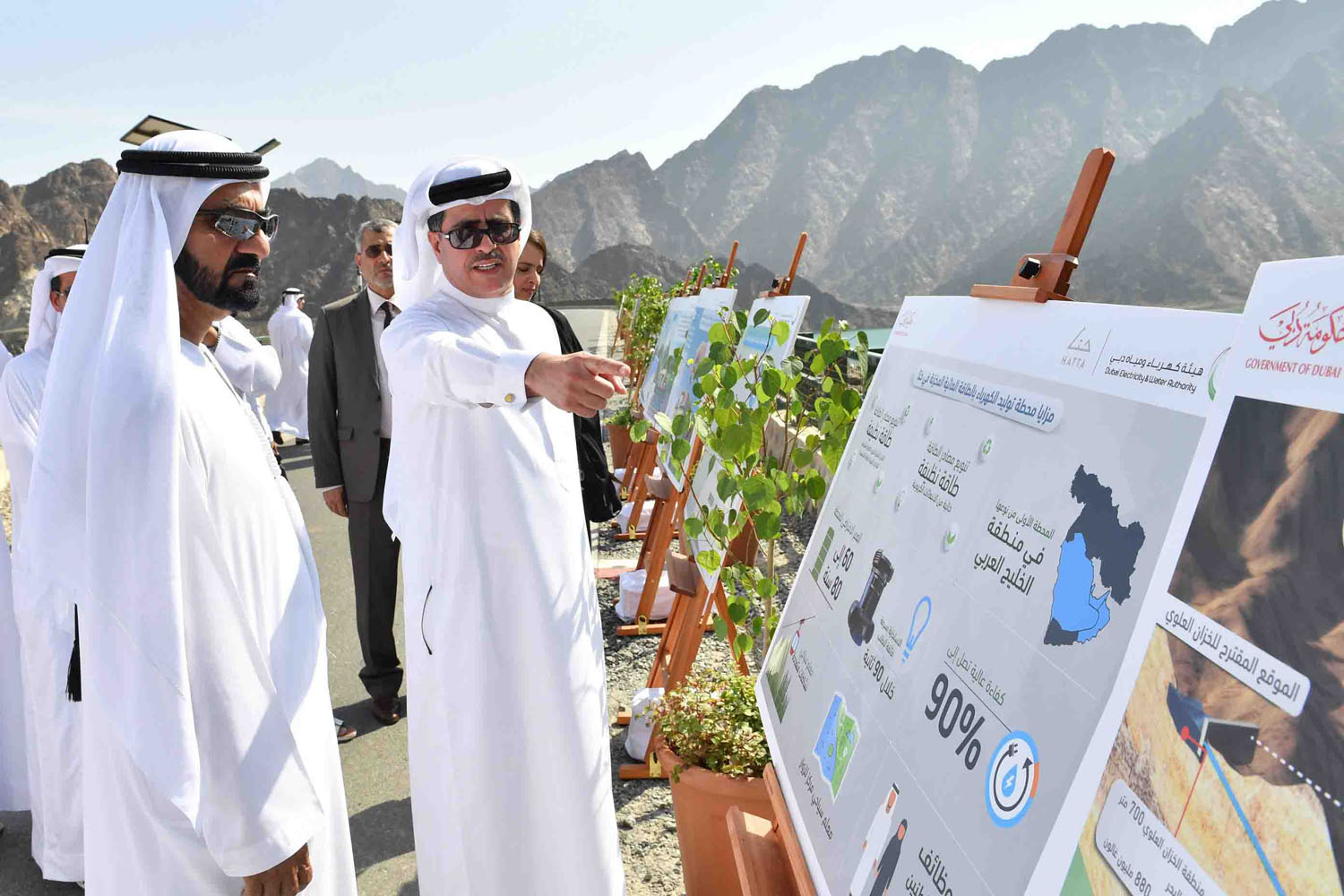 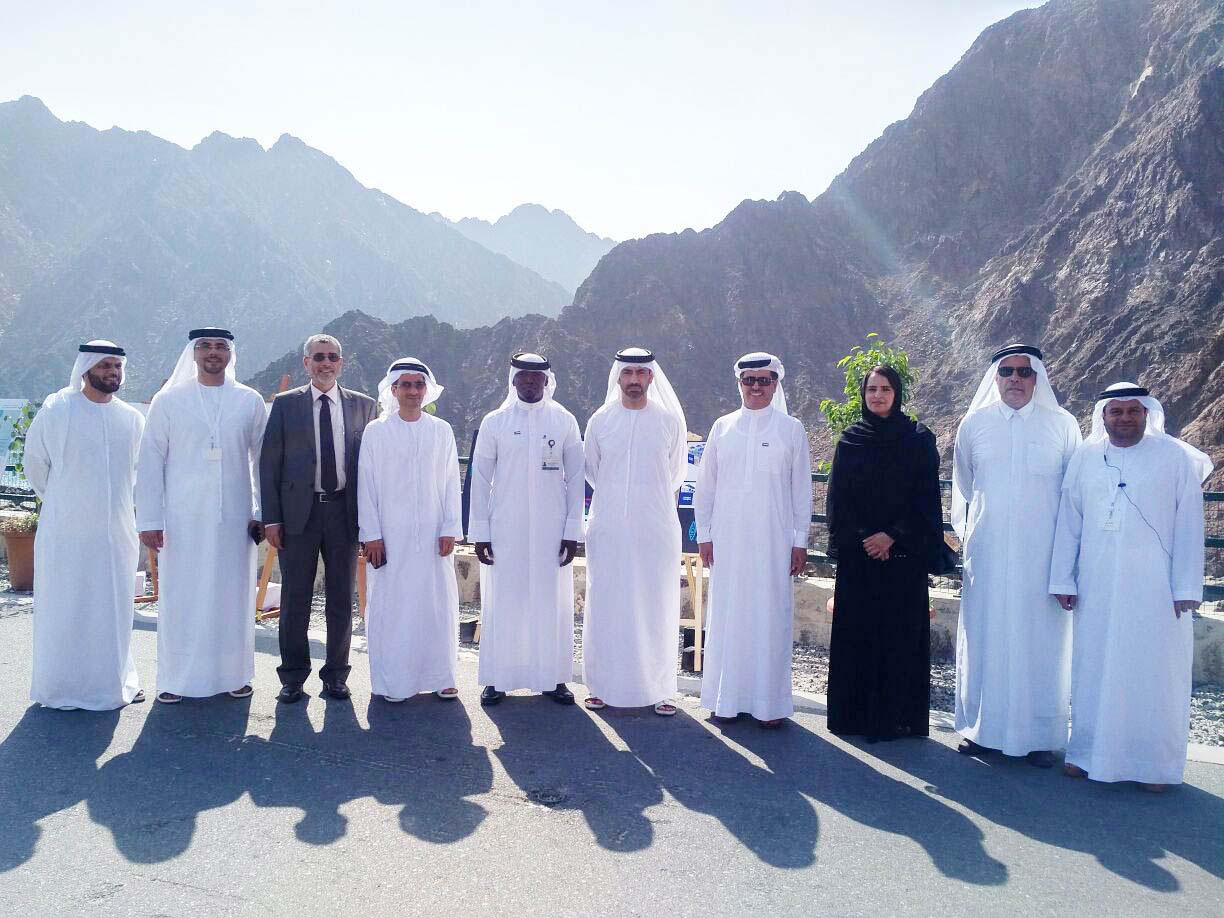 During off-peak hours, turbines that use clean and cheap solar energy, pumps water from the dam to the upper reservoir. During peak-load hours, when production cost is high, turbines that is operated by the speed of waterfall from the upper reservoir, will be used to generate electricity and connect it to DEWA’s grid. The efficiency of power production will reach 90% with response to demand for energy within 90 seconds. The project will provide other services including irrigation, flood control, and storing fresh drinking water.

In addition to the hydroelectric power station, DEWA will contribute to the Hatta Development Plan by implementing other projects and initiatives. These include installing photovoltaic panels on rooftops of buildings for Emiratis as part of the Shams Dubai initiative to produce solar energy and connect it to DEWA’s grid. Smart meters will be installed in buildings as per the latest international systems as part of the Smart Grid initiative. Infrastructure for electric vehicle charging stations will also be established as part of the Green Charger initiative.