Hackett London is pleased to announce that it has signed a new multi-year agreement with WILLIAMS MARTINI RACING that will see Hackett become the official clothing supplier of the team for the 2015 season on-wards.   As a part of the agreement Hackett will supply the apparel worn by WILLIAMS MARTINI RACING personnel at each Grand Prix during the Formula One season, as well as the apparel and luggage used by team members during their travels around the world.   Additionally, Hackett will become an official partner of the team, with its logo appearing on the nose of the Williams Mercedes FW3 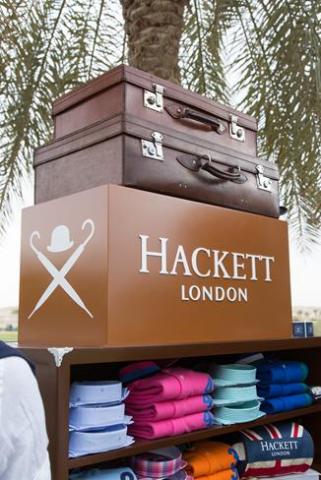 Hackett London proudly sponsored British Polo Day Dubai, marking the second leg of its annual UAE Series. Warming up to the 20th Anniversary World Cup weekend, the Dubai Polo & Equestrian Club welcomed over 700 VIPs and guests for a lavish lunch and mixed matches on camels, bikes and horses! Hackett London’s first pop-up-store in the Middle East added a dash of style and panache to the 5th edition of British Polo Day Dubai. 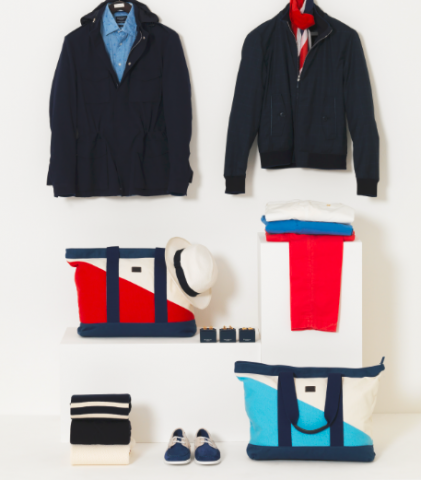 Designed for the gentleman on his yacht or spending time down by the sea, this nautical story sees a fresh palette in blues and whites with flashes of red.

Bold, chunky knits with intarsia anchors and minimally branded polo shirts are the perfect uniform for messing around the dock in style. 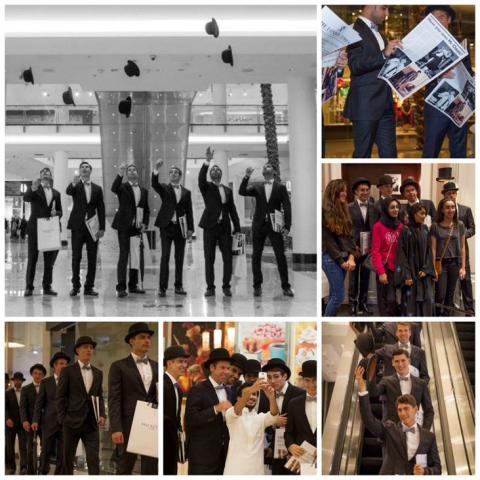 Bahrain- November, 2014 The leading men from Hackett London took over Bahrain City Center in perfect unison twirling their umbrellas in one hand and carrying ‘The London Times’ in another.