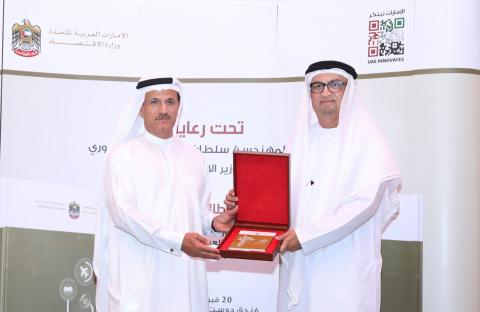 innovative guide for companies in the UAE

H.E. Al Mansoori: “The UAE has become an important global center for entrepreneurship and innovation, attributed to a conducive legislative investment environment based on best international standards 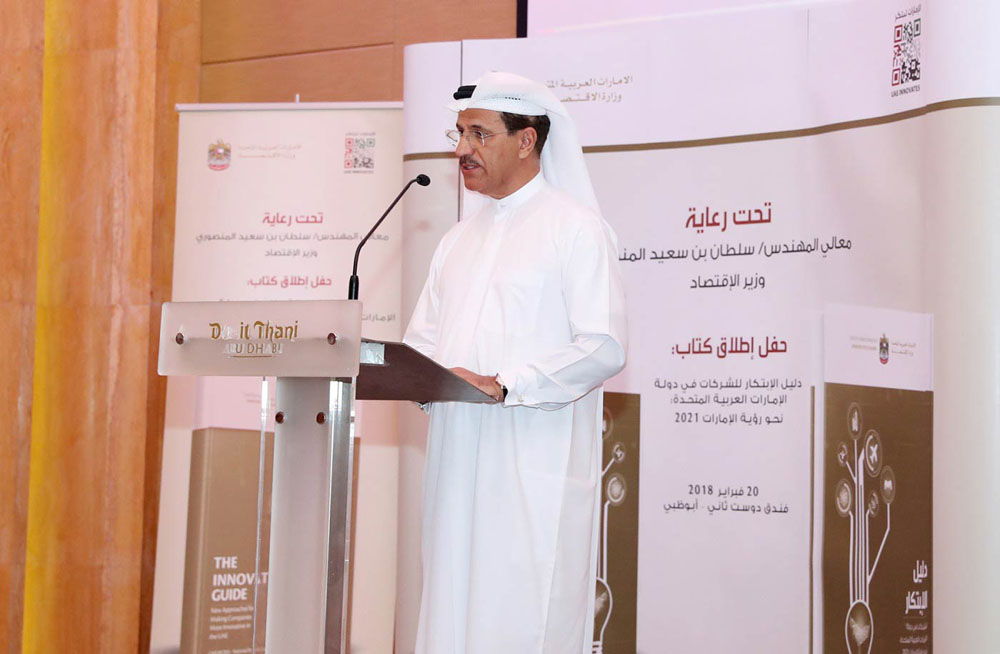 H.E. Engr. Sultan bin Saeed Al Mansoori, UAE Minister of Economy, successfully launched a new guide entitled, ‘The Innovative Guide for Companies in the UAE,’ which was done by the Ministry of Economy in cooperation with the National Research Council (CNR) – Research Institute on the Sustainable economic growth. The new guide was developed and released in line with the set goals and objectives of the UAE Vision 2021.

The launch was held at Dusit Thani Hotel in Abu Dhabi in the presence of H.E. Eng. Mohammed Bin Abdul Aziz Al Shehhi, Undersecretary of Economic Affairs at the Ministry of Economy; H.E. Abdullah Bin Ahmed Al Saleh, Ministry’s Undersecretary Foreign Trade Affairs; Humaid Mohamed Bin Salem, Secretary General of the Federation of UAE Chambers of Commerce and Industry, along with a number of officials from the Ministry, and federal and local authorities, as well as a group of local entrepreneurs and representatives from the private sector. 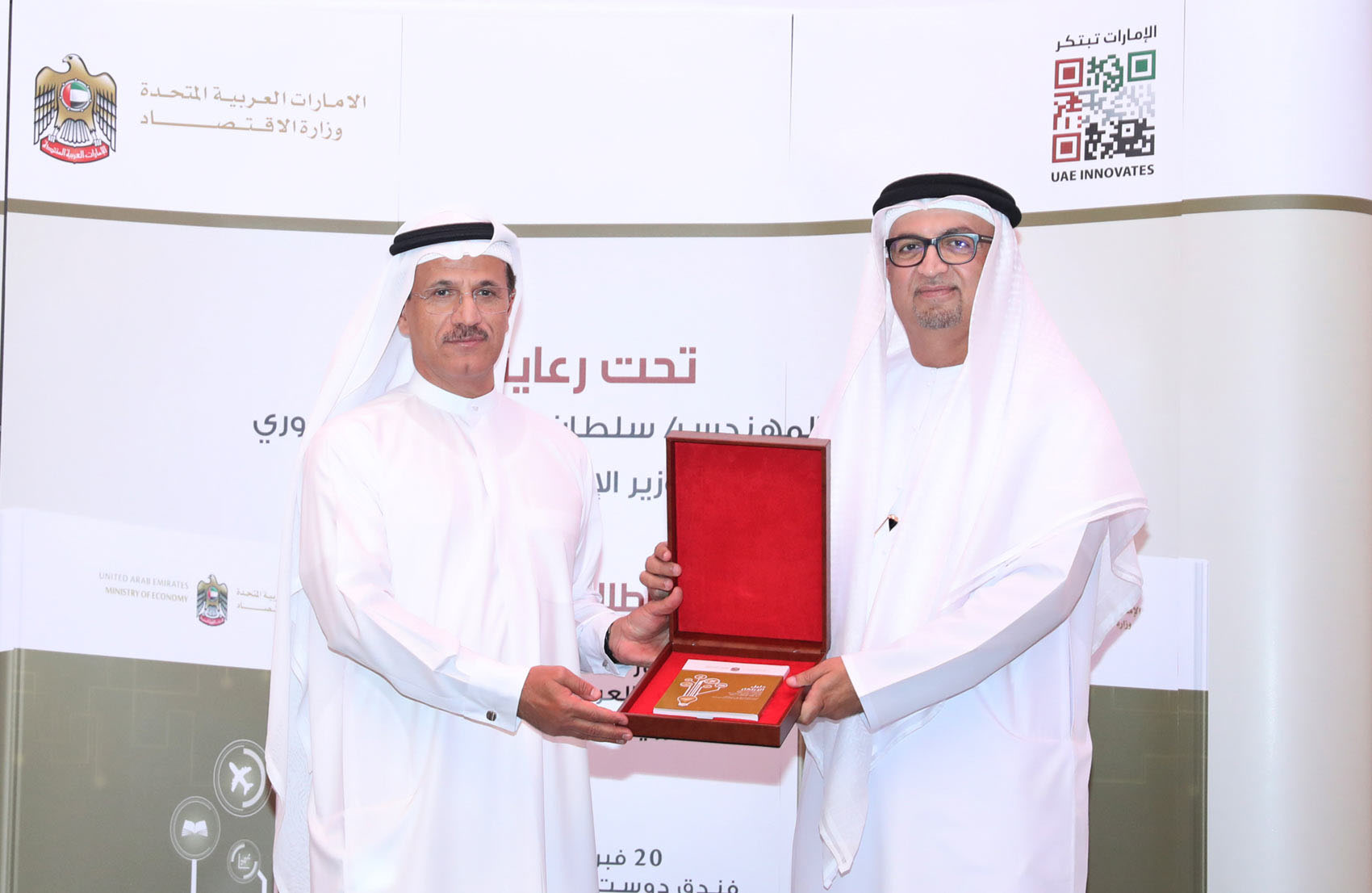 “The UAE has positioned itself as an important center for entrepreneurship and innovation--widely attributed to a conducive legislative investment environment based on best international standards. This has also resulted in the establishment of highly specialized institutions and an enhanced understanding of the important role of innovation, which has become part of the country's core economic policies and an essential part in the move to transform into a knowledge economy as led by distinguished Nationals” said H.E. Al Mansoori.

H.E Al Mansoori pointed out that the Ministry of Economy is publishing this guide as part of its pivotal role in the efforts to support the private sector and contribute in the promotion of a culture of innovation at the level of the state and in cooperation with all strategic partners at the federal and local levels, particularly including the Departments of Economic Development and the Chambers of Commerce and Industry—all seamlessly working together to encourage companies in the UAE coming from all industry verticals to take advantage of this newly released guide in their efforts to enhance the competitiveness of the UAE economy.

He explained that the guide covers key topics like the scientific and practical aspects in terms of the definition of innovation and its types; the importance of innovation in the economies of developed countries; the success of companies and the role of social media in developing the innovation of companies and the achievement of quality focused successes. The guide also includes extensive case studies of success stories, challenges and difficulties faced by companies on innovation and how to overcome them. He conveyed his appreciation and thanks to the Italian government, represented by the Ministry of Development for its cooperation in this endeavor, which falls in line with the framework of a Memorandum of Understanding (MoU) signed by the two ministries.

In his speech at the launch, H.E. Humaid bin Mohammed bin Salem, Secretary General of the Federation of UAE Chambers of Commerce and Industry, pointed out that the UAE’s private sector remains a strong strategic partner of the public sector in helping achieve the goals and objectives of UAE Vision 2021. H.E. the Secretary General said that the launch of the innovation guide represents a strong communication bridge between the Ministry of Economy and all the companies operating in the UAE—reflecting the strategic move towards innovation, which has become the core of the country's economic policies and the move to achieve a competitive knowledge-based economy.