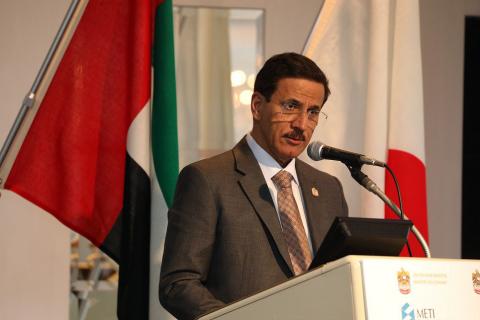 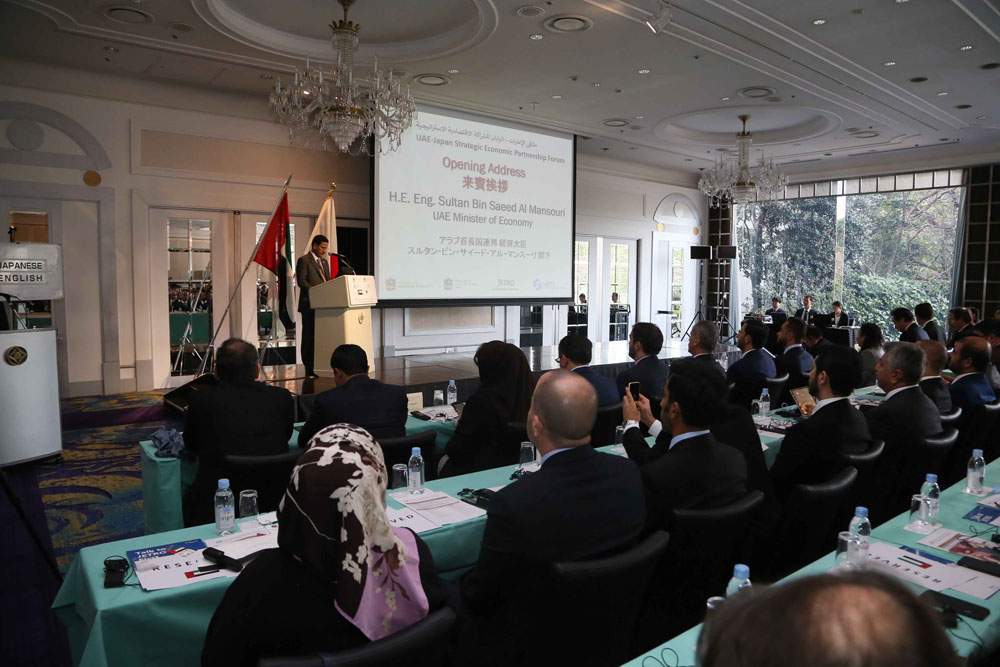 The UAE-Japan Business Forum recently concluded in Tokyo in the presence of H.E. Eng. Sultan bin Saeed Al Mansoori, UAE Minister of Economy and H.E. Kosaburo Nishime, Japanese State Minister of Economy, Trade and Industry. The event, which was held to discuss the further strengthening of bilateral relations between the two countries, was also attended by senior ranking UAE and Japanese officials that included Hiroyuki Ishige, Chairman and Chief Executive Officer, Japan External Trade Organization (JETRO); H.E. Khalid Omran Al Ameri, UAE Ambassador to Japan and H.E. Abdullah Bin Ahmed Al Saleh, Undersecretary of the Ministry of Economy for Foreign Trade Affairs, along with over 420 representatives and senior officials from economic, government, business and investments entities, in addition to delegates from the public and private sectors.

H.E. Eng. Sultan bin Saeed Al Mansoori commended the continuous development and growth of economic relations between the UAE and Japan. He pointed out that the volume of non-oil trade exchange between the two countries touched approximately AED 53.5 billion (USD 14.6 billion) and that Japan’s investments contributed to the development of the UAE, particularly in sectors such as advanced technologies, renewable energy, transportation, aviation and health care. 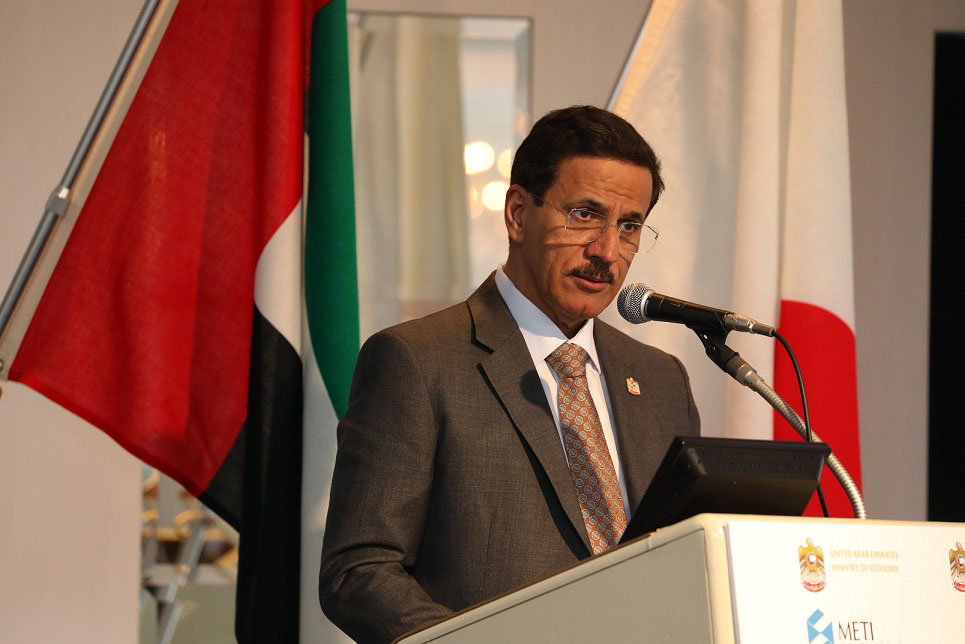 H.E. Al Mansoori said there are more than 100 Japanese companies in the UAE, 200 Japanese agencies as well as more than 10,000 registered trademarks. He added that Japanese investments in the country touched a total of about AED 14.3 billion (USD 3.9 billion) and shared that bilateral ties between the two nations have been extremely successful—made even stronger by joint programs and initiatives that have been implemented for the mutual benefit of the two countries.

H.E Al Mansoori stressed on the potential for partnership consolidation between the two countries across many sectors of common interest, like innovation, SMEs, advanced industries, energy, entrepreneurship and women empowerment. He pointed out that dialogue and joint initiatives like the forum, were aimed at guaranteeing the ease of flow of mutual investments, which could help open up global markets and the entire MENA region to investments and products from both countries.

H.E Kosaburo Nishime expressed Japan’s upbeat attitude about the strengthening of bilateral ties between the two countries. He stated that Japan looks to the UAE as a strategic partner and added that the two countries should look towards diversifying areas of partnership. He said that Japan is keen to support the strengths of the UAE economy, particularly through innovation and knowledge economy initiatives and the promotion of the SME sector.

H.E Hiroyuki Ishige explained that the forum represents a vital tool for consolidating the partnership between the two countries. He also talked about the growth and development of the Japanese economy.

H.E Khaled Omran Al Ameri, UAE Ambassador to Japan, said that the conference aims at reinforcing the partnership and economic relations between the UAE and Japan. He noted the two countries’ desire to take a leap forward together, in light ofthe growing capabilities of the UAE and the success of its development strategies. He also praised the convergence of the vision and development policies of the two countries.