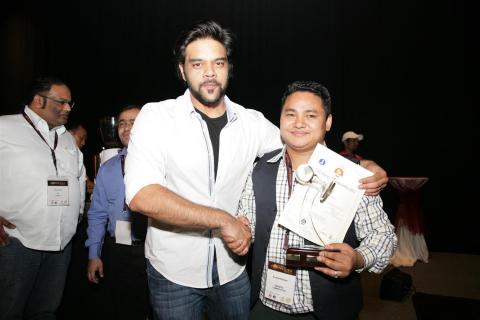 May 11, 2014 - Kushal Balami from Dubai-based café, Coffee Raw will represent the UAE in the World Barista Championship 2014, which will take place from June 9 to 12, 2014 in Rimini, Italy. Balami was the winner of the 5th National UAE Barista Championship held during the 2013 International Coffee & Tea Festival, the only dedicated trade event for the specialty coffee and tea industry in the Arab world.

In 2013, local barista Romeo Perello, represented UAE at the World Barista Championship held in Melbourne and secured an impressive ranking of 23 out of 56 countries, which was a substantial leap of 15 spots from UAE’s previous ranking in 2012. 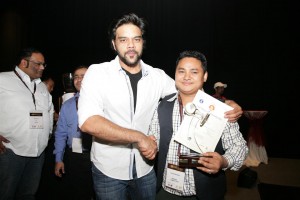 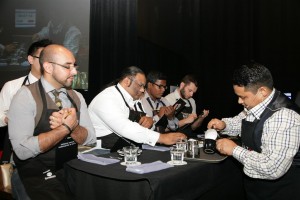 Ryan Godinho, UAE’s National Coordinator for World Coffee Events and Event Manager of the International Coffee & Tea Festival, said: “The National UAE Barista Championship is one of the major highlights unique to the International Coffee & Tea Festival which continues to garner a tremendous response from locally-based cafés and professional baristas. The level of expertise and professionalism within the barista field in the UAE has been on a steady rise as consumers are demanding better, and as we climb the ladder of the World Barista Championship rankings, it is evident that UAE’s understanding of specialty coffee is growing and the international reputation of UAE’s café culture is increasing. Overall, the bar is being raised in the art of coffee by encouraging our national competitors to be more knowledgable, professional and creative. We are delighted to sponsor Kushal Balami’s participation, as he represents the UAE at the World Barista Championship 2014 and we wish him all the success.”

The organisers of the International Coffee & Tea Festival, IC&E, are licensed by World Coffee Events (WCE), the premier producer of events for the coffee community worldwide, to conduct all National-level Coffee Championships in the UAE, including the National Barista and Latte Art Championships.

Commenting on his participation in the World Barista Championship 2014, Balami said: “I am excited and thrilled at this incredible opportunity of representing the UAE at the world’s most prestigious coffee competition, in front of a worldwide audience. This is a huge privilege for me as I travel to Europe for the first time in my life and look forward to meeting the other contestants there from all over the world.  I have been training for months and I have selected a very special Ethiopian heirloom coffee for the Competition. I will be doing everything possible to deliver the best performance of my barista life and to do the UAE proud."

The International Coffee & Tea Festival is the one-stop event, showcasing all facets of coffee, tea, café products, equipments and services to a UAE audience in a focused, industry-recognised platform in the Middle East. In partnership with the world’s largest coffee trade association, the Specialty Coffee Association of America (SCAA), the event hosts a series of exclusive cetification programmes and workshops in the art of Grading, Roasting and Preparing specialty coffee. The show will be held from November 12 to 14, 2014 at The Meydan IMAX Gallery, Dubai. For more information, log on to: http://www.coffeeteafest.com/.