Themed ‘Overseeing the Future in Light of New Economic Changes’ 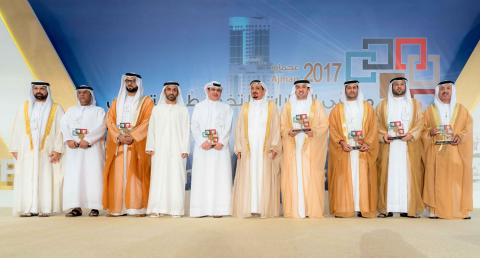 H.H. Sheikh Humaid honored the Ministry of Economy, the Department of Economic Development – Abu Dhabi, the strategic partners and official sponsors of the 4th Emirates Economic Planning Forum-Ajman, in recognition of their valuable contributions in supporting the 4th Emirates Economic Planning Forum-Ajman, which embodies the integration between public and private sectors in order to promote economic development and achieve the objectives of UAE Vision 2021 in building a sustainable economy for present and future generations. The list of honorees list also included the government entities that supported the forum, including Ajman Free Zone and Ajman Chamber of Commerce and Industry, along with the platinum, gold and bronze sponsors.

In his opening speech, on behalf of H.E. Sultan bin Saeed Al Mansouri, UAE Minister of Economy, H.E. Dr. Abdullah bin Mohammed Belhaif Al Nuaimi, Minister of Infrastructure Development, said that in line with the UAE’s increased efforts to promote economic development, leading initiatives and pioneering development projects are being launched to drive progress and continue the exceptional achievements accomplished by the country since its establishment. This is part of the efforts to achieve set national objectives, under the leadership of His Highness Sheikh Khalifa bin Zayed Al Nahyan, President of the UAE and His Highness Sheikh Mohammed bin Rashid Al Maktoum, Vice President and Prime Minister of the UAE and Ruler of Dubai, and their brothers, the Rulers of the emirates and members of the Supreme Council.

His Excellency stressed that the ‘Emirates Economic Planning Forum’ is an important annual meeting aimed to build strong partnerships between the various government entities involved in economic development at federal and local levels, especially for the Ministry of Economy and the Departments of Economic Development in the country. It provides an effective platform for promoting dialogue on development challenges and future strategies, sharing global trends in different areas of growth, and coordinating common frameworks to achieve best results on relevant economic indicators through sound economic planning--a wise approach to foresee the future and develop roadmaps to development to achieve the objectives.

H.E. explained that the national economy of the UAE has successfully maintained balanced growth rates and a stable economic environment that managed to face the challenges during the past years, thanks to the UAE’s ambitious and proactive vision based on flexibility, openness and economic diversification while meeting the requirements of sustainability. This will help the country in its move to build a diversified economy based on competitiveness, knowledge and innovation, and led by national competencies.

H.E. Al Nuaimi also highlighted prominent indicators and data that reflect the UAE’s economic growth—including real GDP growth of three per cent in 2016 and is expected to further grow by 3.4 per cent next year. Al Nuaimi added that the non-oil sectors were a major driver of the growth, as their share in the GDP increased to 70 per cent at fixed prices, and 83 per cent at the current prices for 2016. The growth of these sectors was recorded at 2.7 per cent last year and is expected to increase to 3.1 per cent in 2017 and 3.7 per cent in 2018--reflecting the strength and soundness of the UAE's development policies.

Al Nuaimi also stressed that in light of the continuing challenges and developments in the world and the closeness of achieving the goals of the UAE Vision 2021, the importance of exploring the future emerges as an effective tool in development planning and to explore the trends of the next phase to enable stakeholders to develop scenarios and alternatives to achieve our national targets. He pointed out that the theme ‘Overseeing the future in light of new economic changes’ is a major step towards focusing efforts on this mechanism, which is one of the most important practices directed by the wise leadership and represents one of the foundations of the work of the UAE government, which represents a long-term vision and comprehensive and expanded government work for future generations over the next five decades as it focuses on strengthening the reputation of the UAE globally.

His Excellency said that the plans and orientations during the next phase stem from the UAE’s vision and its multi-pronged development policies. At the forefront is the adoption of the basic concepts of creating the future such as innovation, knowledge, technology, scientific research and the techniques of the Fourth Industrial Revolution. These efforts also cover the continuous updating and development of legislative and regulatory frameworks that are related to economic development, such as industry, tourism, SMEs, the development of new sectors like the Islamic economy and the launch of initiatives that promote innovation--particularly the seven sectors identified by  the National Innovation Strategy, which cover Technology, Health, Education, Transport, Renewable Energy, Water and Space, in addition to supporting the private sector and enhancing its contribution as a key partner of the government in the process of development, particularly through CSR initiatives.

His Excellency Saif Mohammed Al Hajeri, Chairman of the Department of Economic Development – Abu Dhabi, noted in his speech that the forum, which has been held across the emirates of Fujairah, Ras Al Khaimah, Umm al-Quwain, and this year in Ajman, reflects the commitment to go forward in achieving integration and cooperation with an aim to enhance the prestigious position of our country and drive the development process led by the UAE in response to the directives of the wise leadership represented by His Highness Sheikh Khalifa bin Zayed Al Nahyan, President of the UAE and His Highness Sheikh Mohammed bin Rashid Al Maktoum, Vice President and Prime Minister of the UAE and Ruler of Dubai, along with their Highnesses, the Rulers of the emirates and Members of the Supreme Council.

Al Hajeri added, “As the global economy is currently witnesses to a slowdown in growth and sharp fluctuations in oil prices, we are facing a challenge to create new opportunities, accelerate economic diversification and reduce dependence on oil as a major source of income to ensure sustainable development and growth and increase well-being of the UAE society. We look with confidence to the 4th Emirates Economic Planning Forum, which will be an ideal platform to highlight the UAE wise leadership’s approach to building a diversified economy based on sustainability and competitiveness. The event focuses as well on the theme ‘Overseeing the Future in Light of New Economic Changes’ and reflects our commitment to focus and use our potential to invest in the future in line with the objectives of the UAE Vision 2021.” 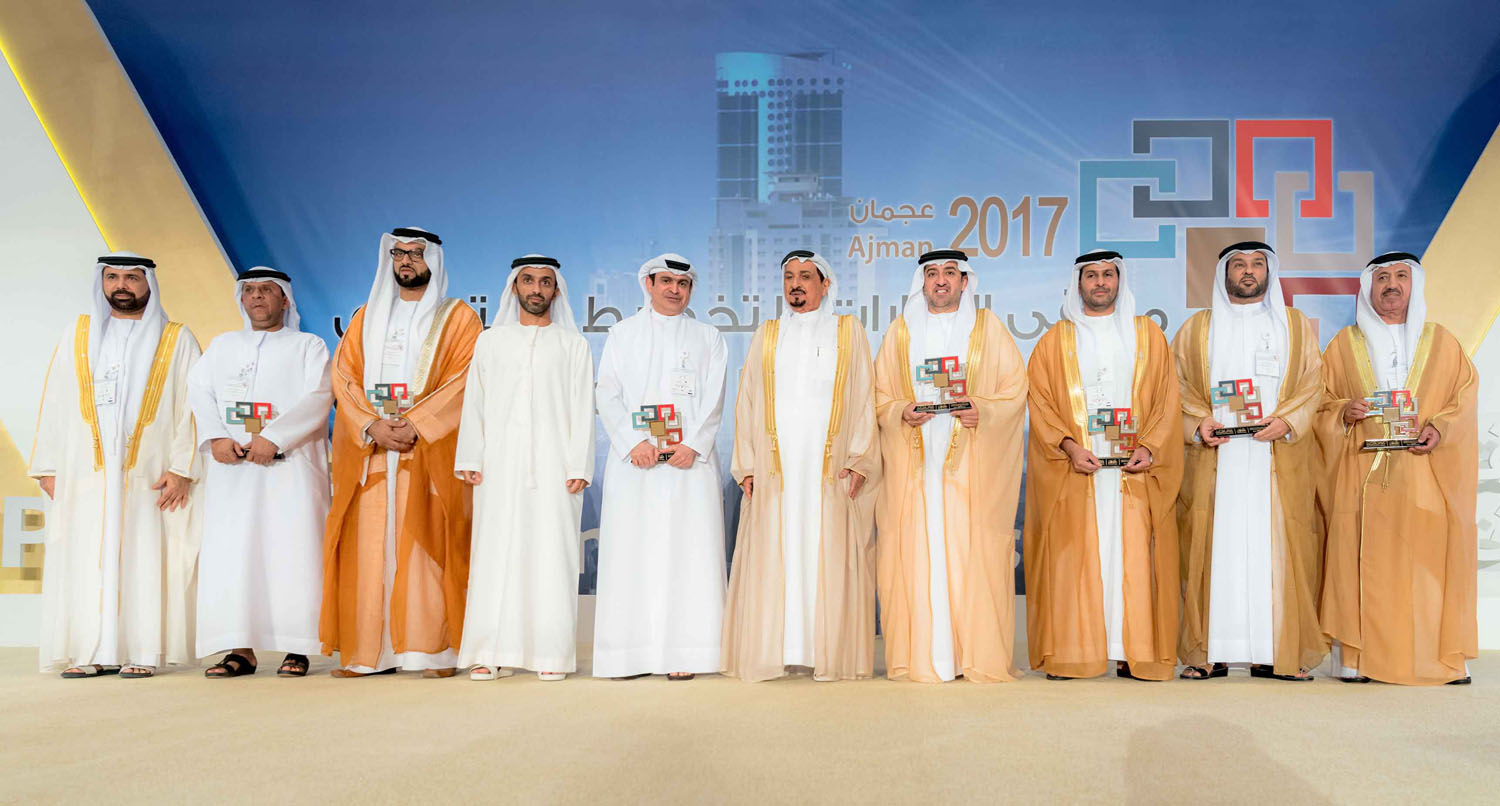 His Highness Sheikh Ahmed Bin Humaid Al-Nuaimi, Chairman of the Department of Economic Development – Ajman noted that the 4th Emirates Economic Planning Forum is organized by DED Ajman with the support from the UAE Ministry of Economy and the Department of Economic Development – Abu Dhabi. The event reflects the common interest in enhancing government integration and driving the ambitious economic development process led by the UAE to make the country’s economy one of the most competitive economies in the world. This year’s edition strives to translate the forum’s slogan, ‘Integration, planning and partnership’--providing a strategic platform to explore the future in the light of the new economic transformations and successful national experiences in the field of economic planning with an aim to make the UAE one of the most advanced countries in the world.

Al Nuaimi concluded, “The first day's session is expected to contribute to the forum’s success, which is an extension of previous editions that were organized by Fujairah, Ras Al Khaimah and Umm al-Quwain. We are committed to support the objectives of the forum, focusing on the enhancement of economic planning mechanisms to keep pace with the rapid changes of the 21st century. This will be done within the framework of the effective strategic partnership between government entities to ensure integrated economic plans and build a diversified, sustainable and competitive economy that is flexible in adopting new economic models conducive to development and sustainability, in line with the UAE Vision 2021. At the Department of Economic Development Ajman, we are keen to share our experiences in economic planning with the other departments of economic development in the country. We will be also highlighting the competitive features of Ajman, especially in the field of economic development. We are committed to supporting the joint efforts to implement the final recommendations in line with the ambitious aspirations to consolidate UAE's position on the global economy map.”

The opening session started with the national anthem of the UAE, followed by a special video presentation highlighting the economic development process in the UAE. The first working session discussed the topic, ‘New Economic Transformations and Their Implications,’ wherein Her Excellency Dr. Aisha Butti Bin Bishr – Director General of the Smart Dubai Office discussed government transactions based on Blockchain technology.

The second day of the event will start off with two sessions. The first session is entitled, ‘The development planning process in Ajman’ and the second session will showcase ‘UAE’s plans and programs aimed at attracting investments.’ The second day sessions are expected to be attended by senior government figures, key policy makers and officials from various Departments of Economic Development and other government departments.