Major General Bin Surour: ‘The Awards seeks to establish a culture of work excellence in emirate and make Dubai the best place to live and work’ 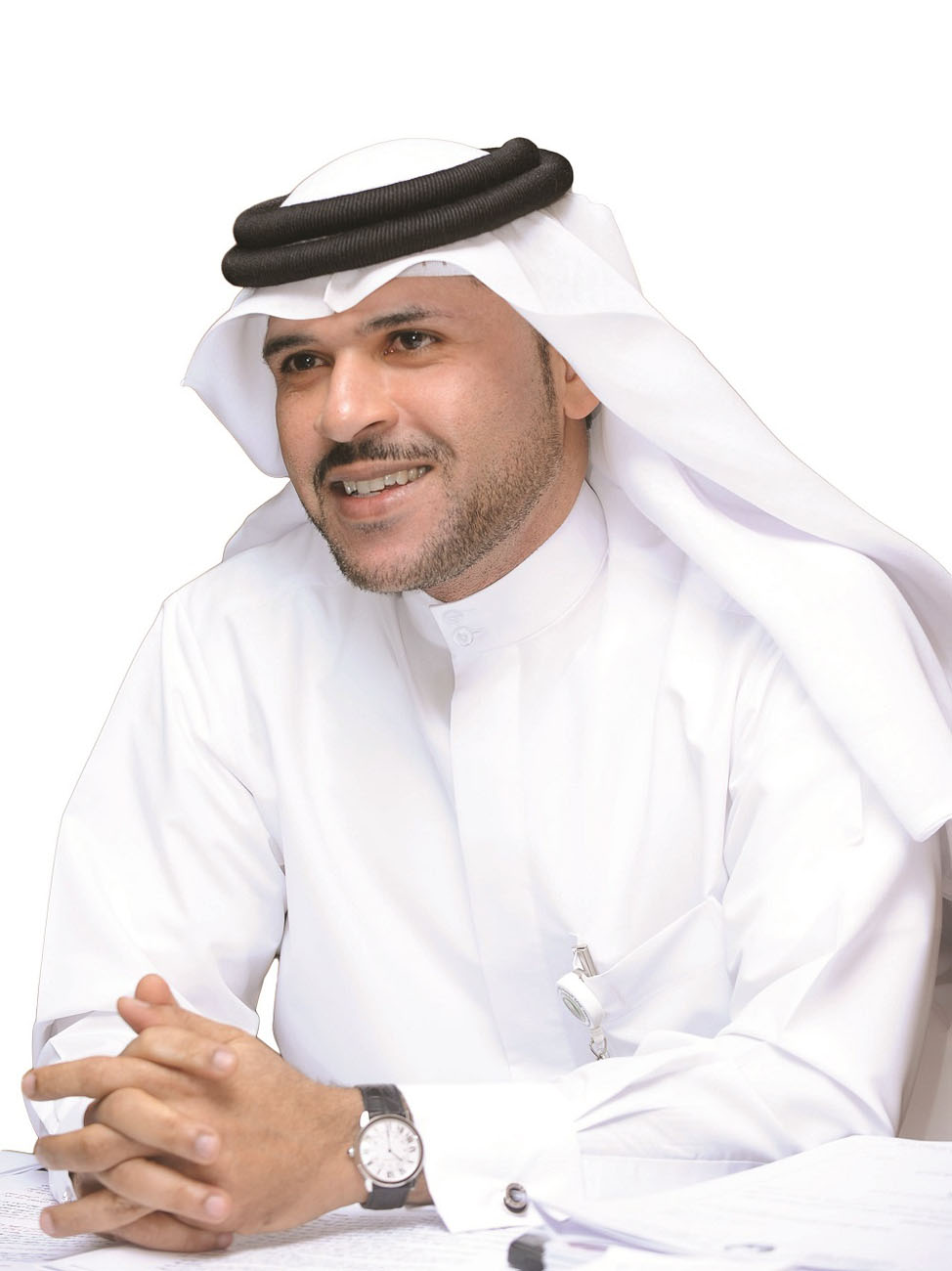 Major General Obaid Muhair Bin Surour, Deputy Director General of the General Directorate of Residency and Foreigners Affairs (GDRFA) Dubai and Chairman of the Taqdeer Awards, has announced the launch of this year’s edition of the Awards, which will be held under the patronage of H.H. Sheikh Hamdan bin Mohammed bin Rashid Al Maktoum, Crown Prince of Dubai and Chairman of Dubai Executive Council. The Taqdeer Awards has achieved qualitative achievements in building a collaborative relationship between institutions and workers in safeguarding their mutual interests and rights. Since its launch in 2016, the Awards has registered positive indicators across many key standards adopted by participating companies.

The announcement came following the meeting between the Awards team and the technical committee members. During the meeting, attendees discussed the developments that the award will see for this third edition and reviewed the positive results derived from a comparative study prepared by the awards’ technical adviser for the year 2016 and 2017. The report included performance indicators of various institutions and companies that participated in the first and second edition of the awards in 2016 and 2017 respectively.

The award is recognized and supported by the UAE’s wise leadership. where his Highness Sheikh Hamdan bin Mohammed bin Rashid Al Maktoum stressed during the launch of the third edition of the award on the importance of this initiative, especially in enhancing the UAE's reputation across the regional and international arenas in the care of workers and preserving their rights in accordance with local and international conventions. The initiative is also aimed towards preserving the rights of the parties to productive equation, namely employers and workers, and thus provide the laws and legislation and the environment appropriate to take both parties rights according to internationally adopted standards.

During the meeting, H.E. Major General Bin Surour emphasized that the Awards helps enhance the positive relations between employers and their employees. He praised the efforts exerted by both parties to raise the level of their performance as shown in the submitted performance indicators report. The Taqdeer Awards focuses on labor policies and strategies, work environment, and other indicators.

H.E. Major General Bin Surour said: “Since its creation, the Taqdeer Awards has achieved quality-focused results through the backing and unwavering support received from the Dubai government, particularly in the efforts to build new concepts that create a balance between work and life in line with the objective of Dubai Plan 2021 to make the emirate one of the world’s best cities. We are confident that the performance indicators will continue to improve, hence reflecting the importance of the Awards and its goal to form stronger bond between companies and employees. More than 46,000 companies across sectors, including construction, plants and free zones in Dubai, are expected to participate. These companies provide jobs to more than a million workers. The number of construction companies operating in Dubai is 280, while those operating in Dubai free zones are over 36,000. Meanwhile, we have more than 9,200 factories here in the emirate.”

H.E. Major General Bin Surour thanked institutions and companies with high scores in labor welfare practices. He also invited all companies to participate in the Awards’ future editions to gain insights into best practices focusing on protection of workers' rights and establishment of excellent relations for their benefit. 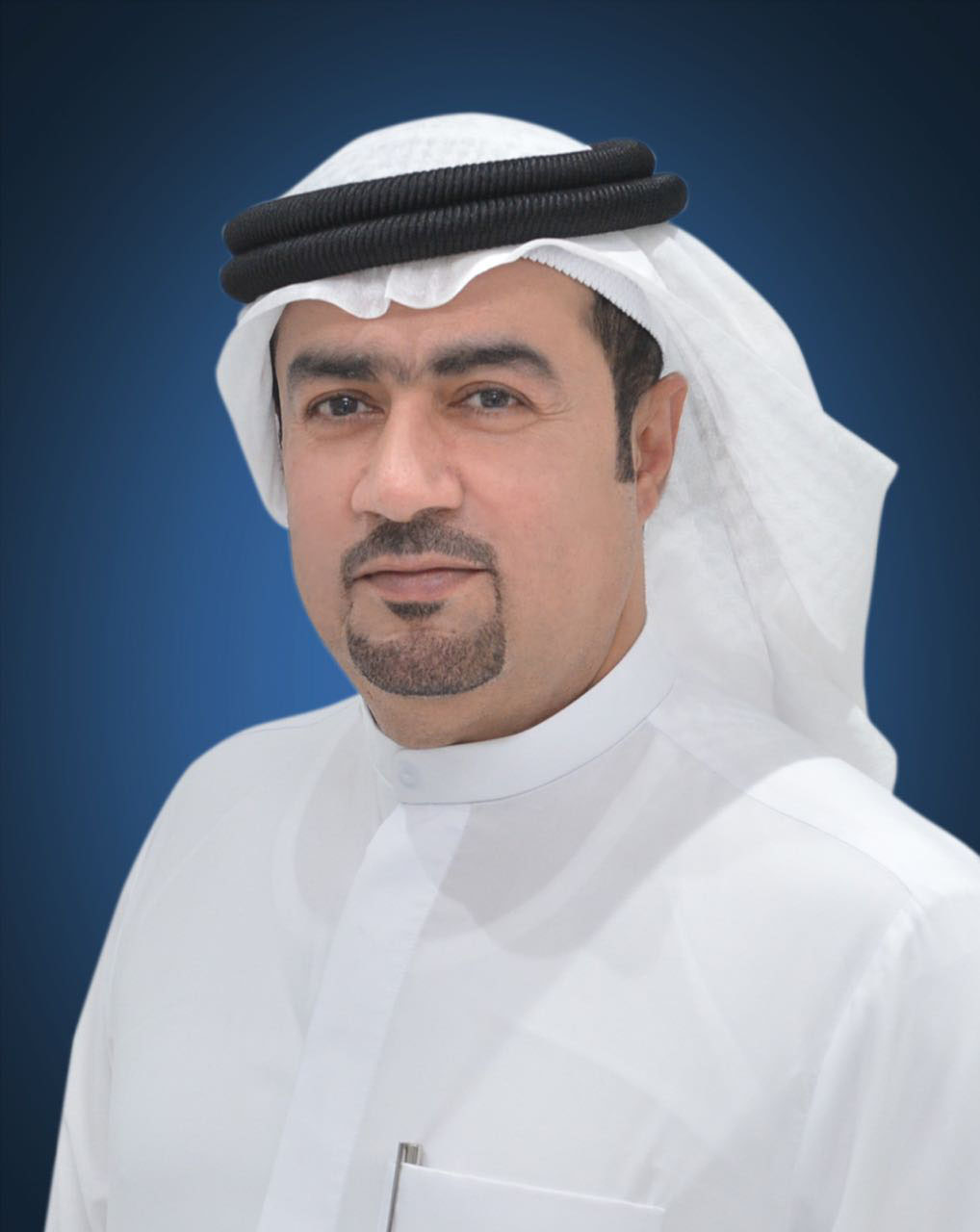 The Taqdeer Award is one of the systems of excellence and innovation awards launched by the Dubai Government in order to establish new life and work concepts; stimulate creativity and innovation across sectors in Dubai; bring happiness to employees without prejudice and discrimination; increase employee satisfaction rating according to the system adopted by the UAE; and achieve Dubai's vision of becoming the world's best city for living and working.

The annual prize aims to bring about a cumulative and sustainable change in the labor culture; create a work environment that strengthens the relationship between employers and workers in Dubai; and enhance cooperation between the two parties at the local, regional, and international levels. On its third year, the Awards will include companies from the construction sector, those operating in free zones and factories, which are economic sectors of high importance, with more than one million employees. The jury will be chaired by many senior officials from Dubai government entities, as well as a team of consultants and officials from various disciplines and a team of accredited residents. 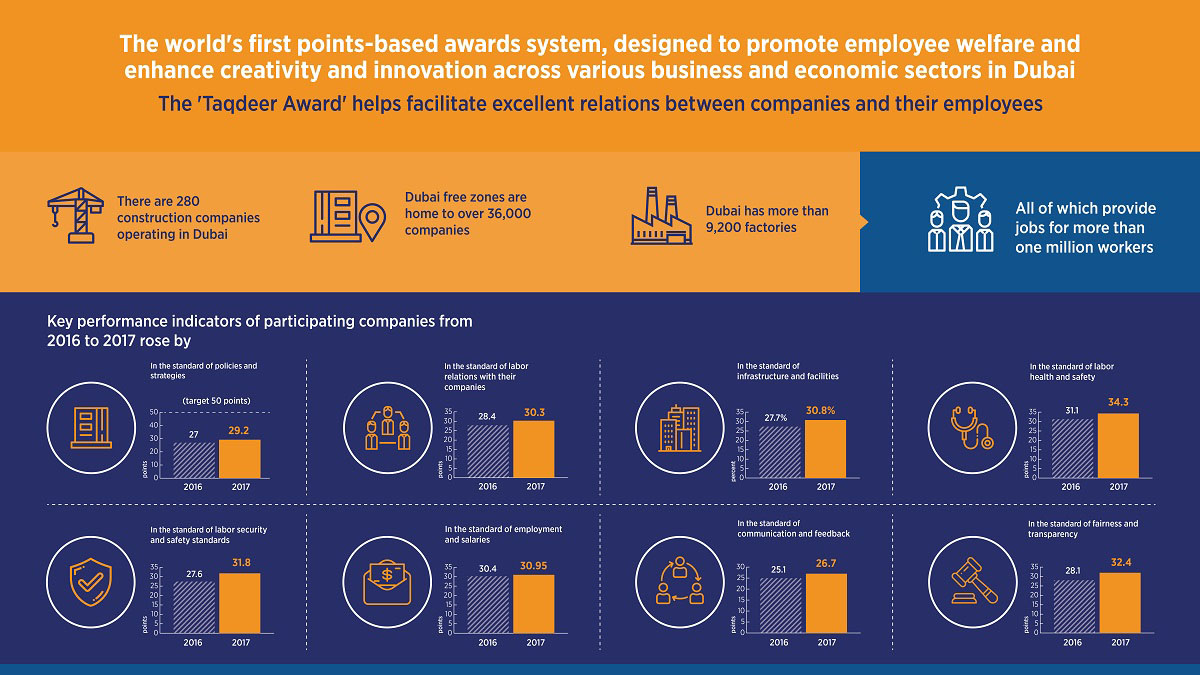