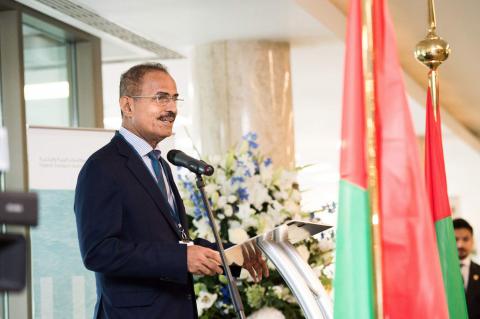 H.E. Dr. Abdullah Belheif Al Nuaimi, Minister of Infrastructure Development and Chairman of the FTA, chaired the delegation participating in the meetings of the General Committee of the International Maritime Organization, which will continue until July 28, 2017, to discuss the most important issues related to the maritime sector.

In his speech, H.E. Dr. Al Nuaimi showcased the UAE’s proven contributions to the global maritime industry as one of the world's major influencers, in addition to the country’s unprecedented achievements in maritime infrastructure. The UAE boasts of 20 leading world-class ports, a majority of which are among the top 10 international ports in terms of advanced transport and maritime shipping infrastructure. 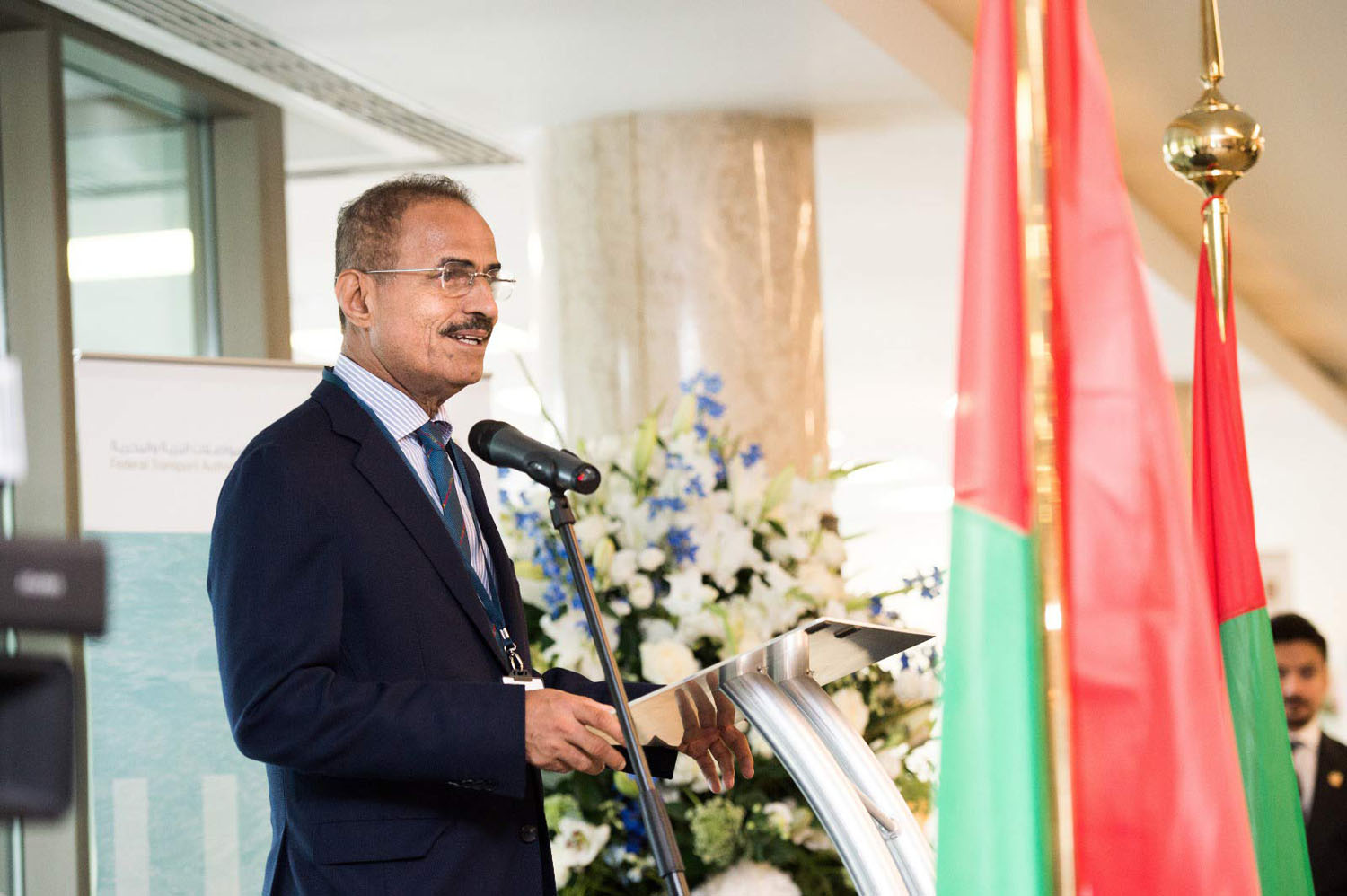 H.E. Dr. Abdullah Belheif Al Nuaimi, Minister of Infrastructure Development and Chairman of the FTA during his speech at the coordination meeting with International Maritime Organization (IMO) members

According to H.E. Al Nuaimi, the country’s highly competitive advantages have positioned it alongside the world’s most prominent and leading countries with best-in-class maritime industries. As such, the UAE is qualified as an IMO Category B member. Ten countries with major interests in the international maritime trade have won membership in the category.

Furthermore, he noted that the local maritime sector’s steady growth is the result of the UAE Government’s relentless improvement efforts. Thanks to its strategic geographical location as well, the country has one of the busiest commercial waterways in the world. It is considered as one of the leading maritime trading platforms in the Arabian Gulf, East Africa, Indian Subcontinent, Europe, and Asia. The global maritime market has increased over the past years in a world where 90 per cent of trade activities is still dependent on shipping.

The UAE has been a productive IMO member since 1980 due to its highly diversified maritime sector and rich maritime heritage. With a strong presence on the global maritime map, the country has been continuously reinforcing its regional and international cooperation. The UAE, considered one of the world’s fastest-growing maritime hubs and one of the most economically and commercially developed maritime markets in the Middle East, has also consistently sought ways to add value to world trade, the international maritime transport, and marine shipping. To maintain its competitive edge, the UAE constantly develops and implements maritime transport regulations as part of its commitment to help improve the international maritime system. 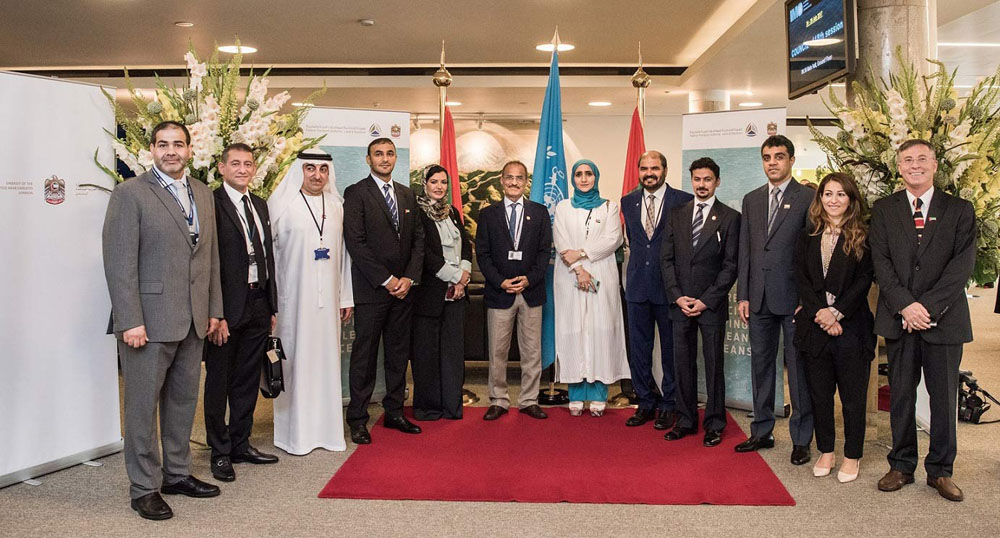 “For all these reasons, we stress that the candidacy and winning the nomination to the Council Membership is the UAE’s fundamental and inalienable right. To prove its eligibility even more, the country will continue to implement initiatives that will ensure international maritime success, maintain its leadership, and promote greater regional growth.  We will strive harder under the guidance of our forward-looking leaders, leveraging our vast experiences to succeed in our goal,” concluded H.E.

The meeting witnessed a detailed presentationon of the UAE’s candidacy filed before the Executive Council was featured during the conference. With its filing done in the presence of high-level international delegations, the presentation threw the spotlight on the country’s contributions to the international maritime system; its active involvements in a number of IMO agreements; its role in supporting the local, regional, and global maritime sectors; and its deep-rooted maritime history.

H.E. Dr. Abdullah Belheif Al Nuaimi, Minister of Infrastructure Development and Chairman of the FTA and UAE delegation during the meeting IMO Secretary General and members

Kitack Lim praised the unique features of the maritime sector in the UAE and the important role it plays in supporting the global maritime sector and the keenness of the UAE side to develop the maritime transport sector, implement international maritime safety standards, and build new human and technical capacities and resources to keep pace with the continuous development in the transport sector, through the cooperation between the organization and the UAE authorities working in this field. The members are scheduled to be elected at the 30th Ordinary General Assembly meeting between November 24 and December 5.

In the presence of His Excellency Dr. Abdullah Al Nuaimi, the authority held a coordination meeting in London, of the Member States of the International Maritime Organization (IMO). The meeting witnessed a detailed presentation of the UAE's candidacy for the Council in the presence of high-level delegations from around the world. The presentation included the contributions of the UAE in upgrading the international maritime system, its participation in the IMO conventions and its role in supporting the marine sector locally, regionally and globally, as well as its long history in the maritime field and maritime industry.

The UAE team was formed to oversee the country’s bid to join the IMO’s Executive Council. The team is composed of representatives from the FTA; the Ministry of Foreign Affairs; the Ministry of Energy; the General Authority for the Security of Ports, Borders and Free Zones; the Federal Customs Authority; the Dubai Maritime City Authority; the Department of Municipal Affairs and Transport; the Abu Dhabi National Oil Co. (ADNOC); Dubai International Ports; DP World; the Abu Dhabi Ports Company; Sharjah Department of Seaports and Customs; SAQR Ports Authority in Ras Al Khaimah; and the UAE Classification Society – TASNEEF.

The Federal Transport Authority - Land and Maritime regulates the land, sea and rail transport sector of the United Arab Emirates (UAE) by proposing public policies, drafting laws and regulations in the field of land and sea transport, developing and adopting legislation and ensuring regional integration towards sustainable development.

The Authority is developing the necessary plans needed to organize, develop and improve the transport sector in the UAE--falling in line with the comprehensive process to achieve the objectives of the UAE Vision 2021, which aims ‘to create an integrated infrastructure and guarantee the continuity of sustainable development for UAE to become the first in the world in terms of quality of infrastructure for airports, seaport and roads’.