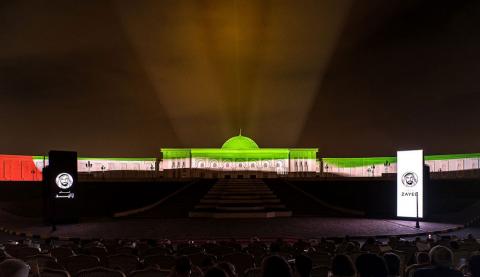 Under the patronage of His Highness Sheikh Dr. Sultan bin Muhammed Al Qassimi, Member of the Supreme Council and Ruler of Sharjah, H.H Sheikh Sultan bin Mohammed bin Sultan Al Qassimi, Crown Prince and Deputy Ruler of Sharjah, witnessed the start of the Sharjah Light Festival (SLF) 2018, yesterday (Wednesday, February 7, 2018) at the Dr Sultan bin Mohammed Al Qassimi Centre. Organized by the Sharjah Commerce and Tourism Development Authority (SCTDA), this leading event highlights the identity of Sharjah as a guiding light for intellectual, cultural, and scientific inspiration and boosts its position on the international tourism map, for the eighth consecutive year.

His Highness welcomed the launch of the festival, which made the Sharjah University City witness a spectacular display of light, decorated with millions of glittering lights that celebrate the role of science, knowledge and culture in building generations and future pioneers. His Highness received a commemorative gift from H.E. Khalid Jasim Al Midfa, Chairman of the SCTDA, on the occasion of the launch of this year's event.

The shows, which were witnessed by a large audience at the opening of the festival, were impressive and innovative. They produced beautiful light panels that used latest technology to blend light and music, and reflected the Emirate's identity by embodying the heritage of its architectural buildings to form exquisite works of art. The exhibition also varied between history,

originality, and modernity, and an account of the history of the ancient emirate, with rare paintings of the late Sheikh Zayed bin Sultan Al Nahyan, on the occasion of the year of Zayed.

The Festival, which is spread across the cities of the emirate, is an invitation to promote intercultural dialogue, especially as it hosts international artists from around the world. This year, 24 artists from 10 different countries will host the most beautiful displays under the direction of the French director Mathieu Felix.

In his speech, H.E. Khalid Jasim Al Midfa, Chairman of the SCTDA, thanked the Crown Prince and Deputy Ruler of Sharjah for honoring the launch ceremony, which comes within the framework of the programs and objectives of the Authority to highlight the emirate's identity and shed light on its cultural, heritage and architectural heritage.

"Over the past seven years, the emirate has managed to organize the Sharjah Light Festival on a world-wide level, and it is comparable to other festivals hosted by major world capitals for decades. Last year, the Festival attracted more than 700,000 people, and it was followed by more than two million people around the world through social media," he added.

He added that the Authority has been working over the past seven years to develop the Festival and diversify its activities to achieve its objectives to be consistent and to reaffirm the position of the emirate of Sharjah locally, regionally and globally. The Festival aims to highlight the cultural aspect of the UAE and the emirate of Sharjah in particular as a tourist and cultural destination.

HE Khalid Jasim Al Midfa emphasized on the keenness of the Authority to make more efforts to present a new and distinguished light festival year after year, to achieve the objectives of Sharjah Tourism Vision 2021.

The Sharjah Light Festival will run from 7 to 17 February, 2018 and will be held in 18 locations inside and outside the emirate of Sharjah. These include: Dr. Sultan Bin Mohammed Al Qassimi Center for Gulf Studies; Sharjah University City Campus Avenue; University City Hall; Police Academy; Khalid Lagoon; Sheikh Rashid bin Ahmed Al Qassimi Mosque in Dibba Al Hasn; Planning and Survey Department in Khorfakkan; Khorfakkan Municipality; Kalba City Municipality Council; the Directorate of Human Resources in Kalba and the Municipality Building of Al Hamriyah Town for the first time. 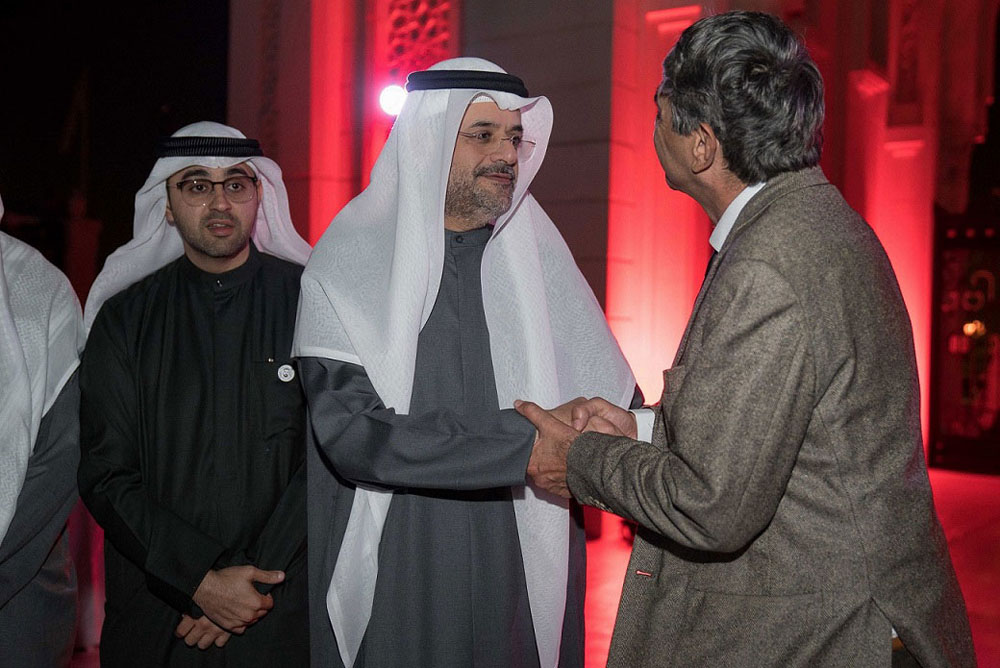