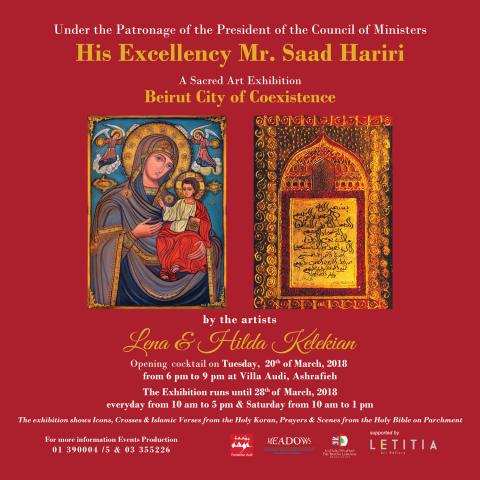 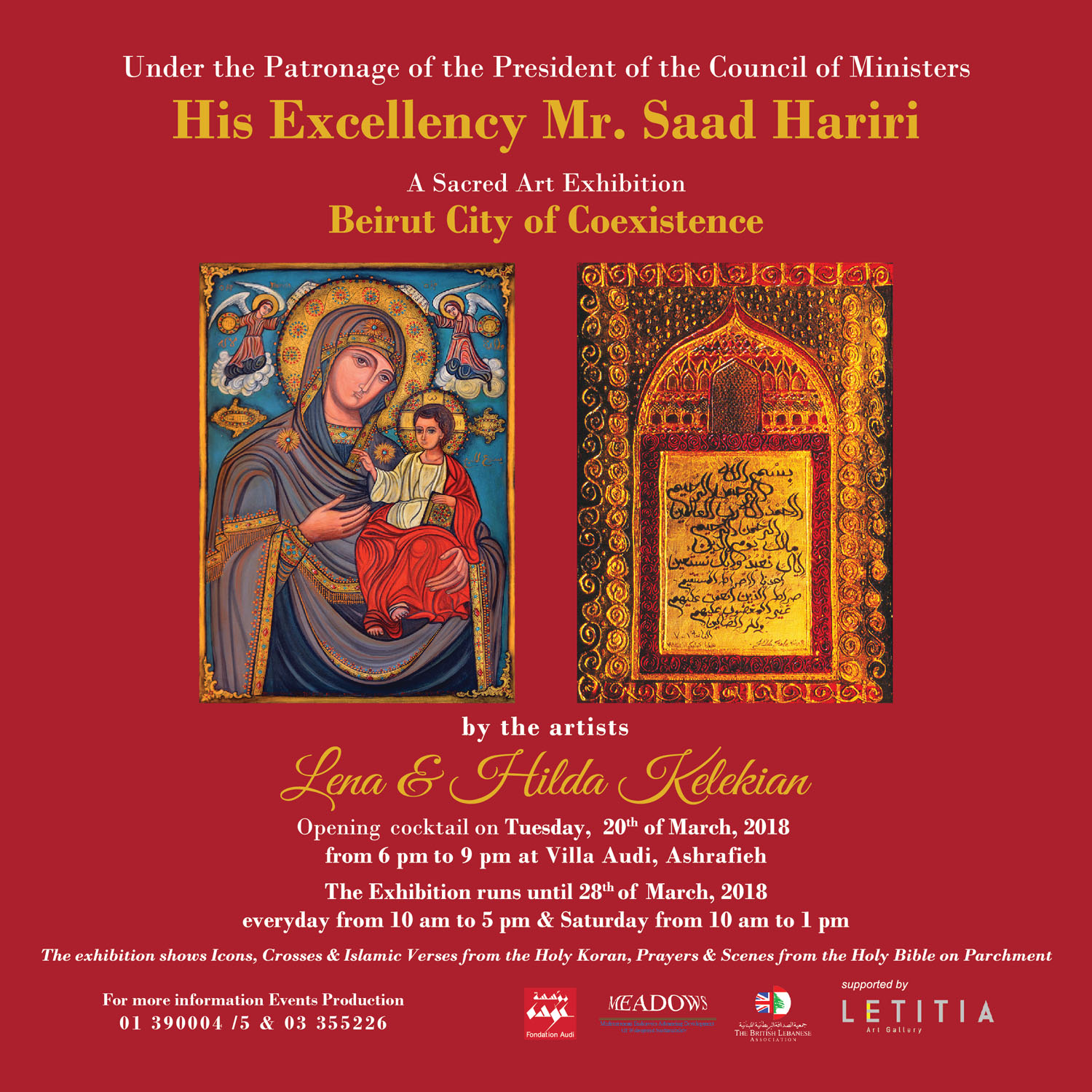 Under the high patronage of the President of the Council of Ministers, H.E. Mr. Saad Hariri, renowned artists Lena and Hilda Kelekian will inaugurate a sacred art exhibition on March 20th 2018 at Villa Audi, in Ashrafieh.

Titled “Beirut City of Coexistence”, this unique exhibition supported by Letitia Gallery will be open to visitors until March 28th. It will display a series of icons, crosses, frescos and Islamic Verses from the Holy Quran as well as prayers and scenes from the Holy Bible on parchment. Hailed by local experts and recognized in different countries around the world, notably Greece, Belgium, Italy and Saudi Arabia, the Kelekian sisters’ impressive works combines painting in natural pigments and traditional techniques reflecting spiritual values from the orient.

Commenting on the upcoming exhibition, artists Lena and Hilda Kelekian said: “We are proud to exhibit our works again in Beirut, which is a historic example of religious coexistence, moderation and tolerance.” They both agreed that: “The Lebanese religious art scene has been gradually evolving in the past years and we are proud to continue to play an active role in its development.”

Roula Douaidy & Néda Ziadé, owners of “Events Production” said:  “Lena and Hilda Kelekian's works, throughout their 25 years of international careers, have gained worldwide attention and become a modern reference in this unique sacred art tradition that they continue to perpetuate.”

The “Beirut City of Coexistence” exhibition at Villa Audi, in Ashrafieh will be open to visitors from 21 until 28 March 2018 from 10 AM till 5 PM during weekdays, and from 10 AM to 1 PM on saturday. www.beirutcityofcoexistence.com