PEPSI® HAILS HEROES ON AND OFF THE PITCH 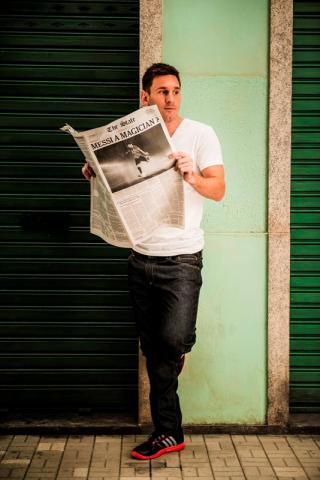 Argentina Captain Leo Messi comments: “Pepsi celebrates the passion and energy of football fans. It is a mesmerizing anthem, uniting us all – on the street or on a pitch – in a celebration of the moment.”

The creative unfolds many surprises as it meanders through the streets of Rio and is told through the eyes of digital beat sensation, Stony – an everyday hero – proving that every day can become extraordinary when you live for now. With the instantly recognizable sound of the Pepsi can as the starting point, Stony takes fans through a colorful, rhythmic journey uniting football, music and art. The intertwined story ends with an electric culmination where Stony steps into an urban pitch filled with a crowd of fans united in a spontaneous moment of celebration.

Much like sports unite the world through friendly competition, Stony unites famous footballers, the city of Rio and Janelle with a simple beat to create a passion that is irresistible.

“I love everything the film stands for. To me, it is all about that extraordinary burst of courage and passion which can embolden everyday people in a moment of spontaneity, which is also the message of David Bowie’s venerable song," said Monáe. “I was honored to join Pepsi for this campaign and remind people that now more than ever, we can all be heroes.” 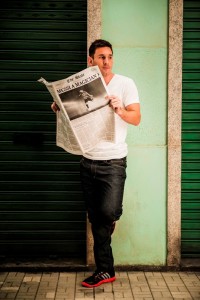 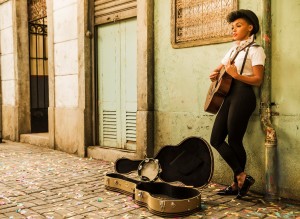 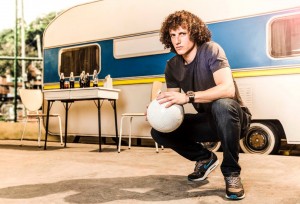 The interactive film of the commercial provides an immersive viewing experience, with a series of original moments for fans to unlock. The “now” is put directly into the hands of the fan, unlocking additional interactive content to delve deeper into Stony’s tour through the streets of Rio – allowing them to create their own experience. The compelling, interactive escape offers twists and turns to the story of the footballers, Rio, Stony and Janelle and how their worlds sync up, all brought to life in an engaging, uniquely shareable way, with content vignettes including:

-          a Messi sighting, with a crowd excitably gathering around him

-          a signed ball from Ramos which fans can personalize and share

-          “The Art of Football” documentary trailer, giving a look into the making-of the unique Pepsi art collection combining street art, photography and football

Kristin Patrick, Pepsi Global Chief Marketing Officer, PepsiCo Global Beverage Group: “We were inspired by the power and unity that sports and music bring to the world. Our content plan to capture this spirit celebrates the creative passion of footballers with music and how both of these awesome forces inspire us to LIVE FOR NOW. We have a long history of working with the world’s best football talent to create stunning creative that sparks conversations and creates indelible moments that engage and excite football fans all over the world. This year, we are giving fans a totally unique and immersive experience of their own – a personalized journey that combines iconic music, our stellar roster of football talent and the ability to create your own NOW – uniting Pepsi fans around the world in a celebration of sport, music, art and everyday moments.”

“This year’s Pepsi Football campaign is all about engaging with our consumers through music and football. The “Now Is What You Make It” global commercial and interactive film will immerse all our Pepsi fans in a very unique experience which will lead them to create their own experiences and bring them closer to these famous stars. Consumers are always in the heart of what we do at Pepsi and we ensure that they are engaged through our different platforms including digital and social media,” said Carla Hassan, Chief Marketing Officer at PepsiCo Middle East & Africa

The “Now Is What You Make It” global commercial and interactive film are the latest pieces of exciting and engaging content to be released from Pepsi as part of its 2014 football campaign, which kicked off in January with the unveiling of its largest-ever, international football squad. It also follows the announcement of the brand’s creative art collection, “The Art of Football.” The yearlong campaign will continue to bring more experiences to fans throughout the year – bringing them closer to the game they love.

For more information on Pepsi and “Live For Now” visit www.Pepsi.com and follow the conversation online with #FutbolNow.

PepsiCo is a global food and beverage leader with net revenues of more than $65 billion and a product portfolio that includes 22 brands that generate more than $1 billion each in annual retail sales.  Our main businesses – Quaker, Tropicana, Gatorade, Frito-Lay and Pepsi-Cola – make hundreds of enjoyable foods and beverages that are loved throughout the world.  PepsiCo’s people are united by our unique commitment to sustainable growth by investing in a healthier future for people and our planet, which we believe also means a more successful future for PepsiCo.  We call this commitment Performance with Purpose: PepsiCo’s promise to provide a wide range of foods and beverages from treats to healthy eats; to find innovative ways to minimize our impact on the environment by conserving energy and water and reducing packaging volume; to provide a great workplace for our associates; and to respect, support and invest in the local communities where we operate.  For more information, please visit www.pepsico.com.