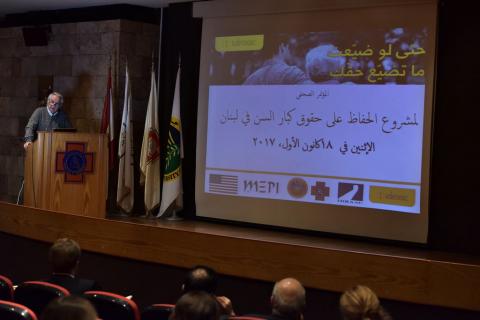 The Institute for Development Research Advocacy and Applied Care (IDRAAC) announced on Monday that it prepared a draft law to protect the elderly in Lebanon from discrimination and neglect. The proposed draft law allows the elderly or a person with symptoms that are caused by aging to have protection and precautionary measures before their health deteriorates and affects their mental capacity.

The law introduces a mechanism that allows the person to "delegate a person of trust to act and take decisions on his or her behalf" and aims to "create a legal framework for this measure”.

In a press conference held at the University of Balamand/St Georges Hospital University Medical Center, Ashrafieh IDRAAC explained that the law was drafted in the light of a comprehensive legal review of the laws relating to the elderly in Lebanon, as part of the project: “Towards the Human Rights Protection of a Vulnerable Population: The Elderly of Lebanon” funded by the Middle East Partnership Initiative (MEPI) in Lebanon.

The proposed draft law allows the elderly or a person with symptoms that are caused by aging to have protection and precautionary measures before their health deteriorates and affects their mental capacity.

In light of IDRAAC’s mission, this will allow the protection of the elderly who suffer from psychological or neurological conditions (such as the first stages of Alzheimer's disease or delirium, strokes and others), as these mechanisms constitute an opportunity for the protection of the elderly from abuse which might happen as a result of their health status and guarantees their freedom of choice and expression after they have partial or full mental capacity loss.

Additionally, the project aims to raise awareness about elderly rights through launching a national awareness campaign targeting the Lebanese population. 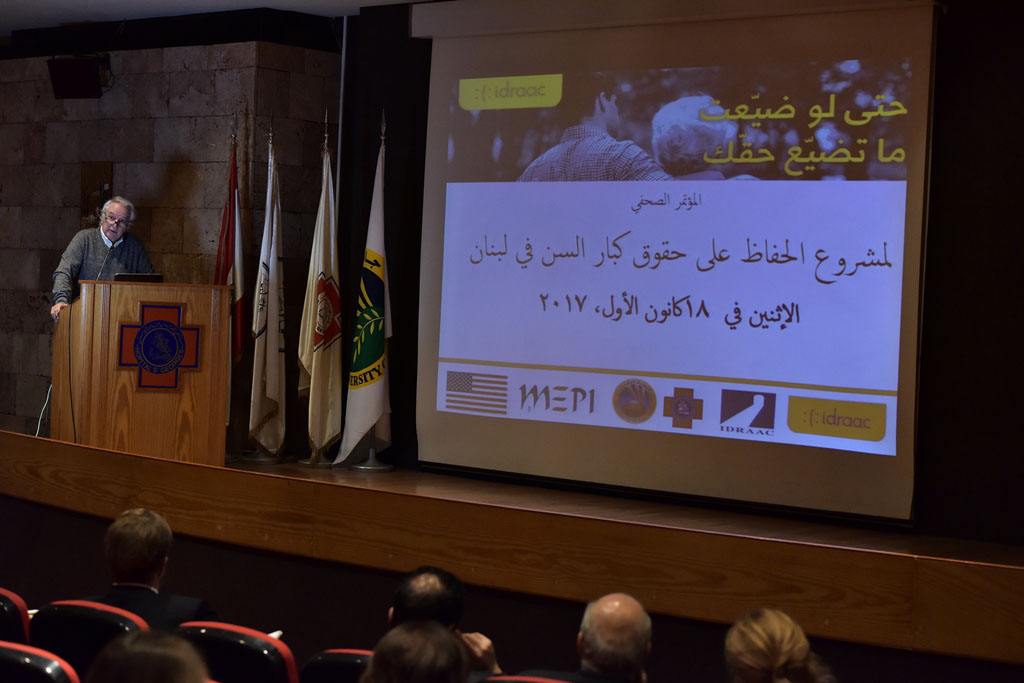 Dr. Karam thanked Middle East Partnership Initiative (MEPI) and the US Embassy in Lebanon for supporting this project, which he described as "important and pioneering." He recalled that several American scientific institutions have supported the efforts of IDRAAC since its inception more than 30 years ago. He pointed out that IDRAAC has doubled its efforts in recent years to "provide better psychological health for the elderly", referring to the “Elderly Empowerment Project”, which was implemented with the municipality of Byblos with the support of the European Union. The current project, supported by MEPI, "started in October 2016 and has reached its final stages," he said, announcing that the Ministry of Social Affairs will study this initiative in detail soon. He stressed that "the rights of older people are sacred," and said: "we owe this part of our society to be protected against the various difficulties that accompany aging." Karam thanked St. Georges Hospital University Medical Center and the Department of Medical Affairs as well as the University of Balamand, for providing the perfect platform for IDRAAC to carry out this project. 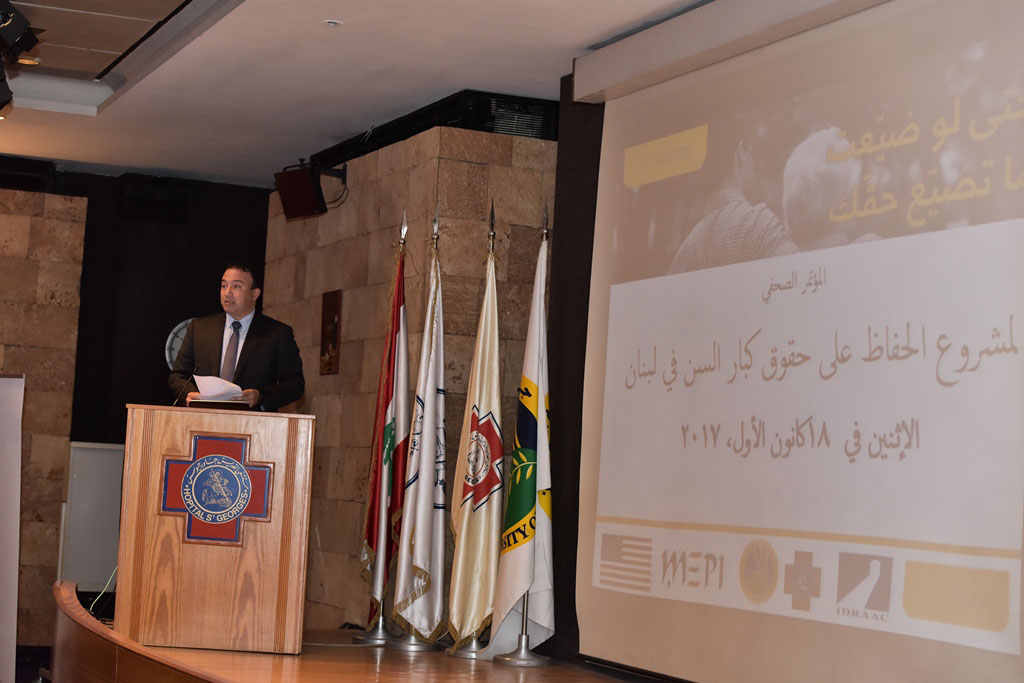 The medical director of St. Georges Hospital University Medical Center, Dr. Alexander Nehme, considered that protecting the rights of older persons is "a very important issue". He noted that the hospital includes its elderly patients with the palliative care program, aiming to "improve their quality of life and relieve them from pain, symptoms and stress." He noted that this project provides “proactive care for the elderly population, holistically preserving their physical and psychosocial health while alerting the society to the significance of the said matter." He commended the efforts of IDRAAC to improve laws on older persons. He stressed the importance of "protecting the human rights of our senior citizens and advocating their right to spend the remaining of their lives in dignity." 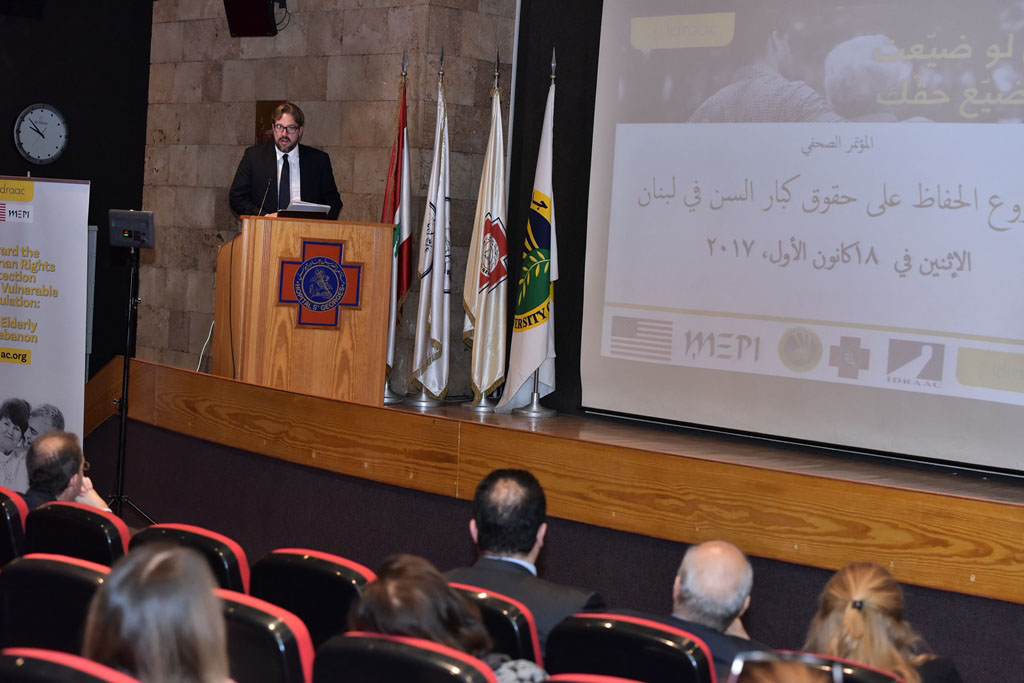 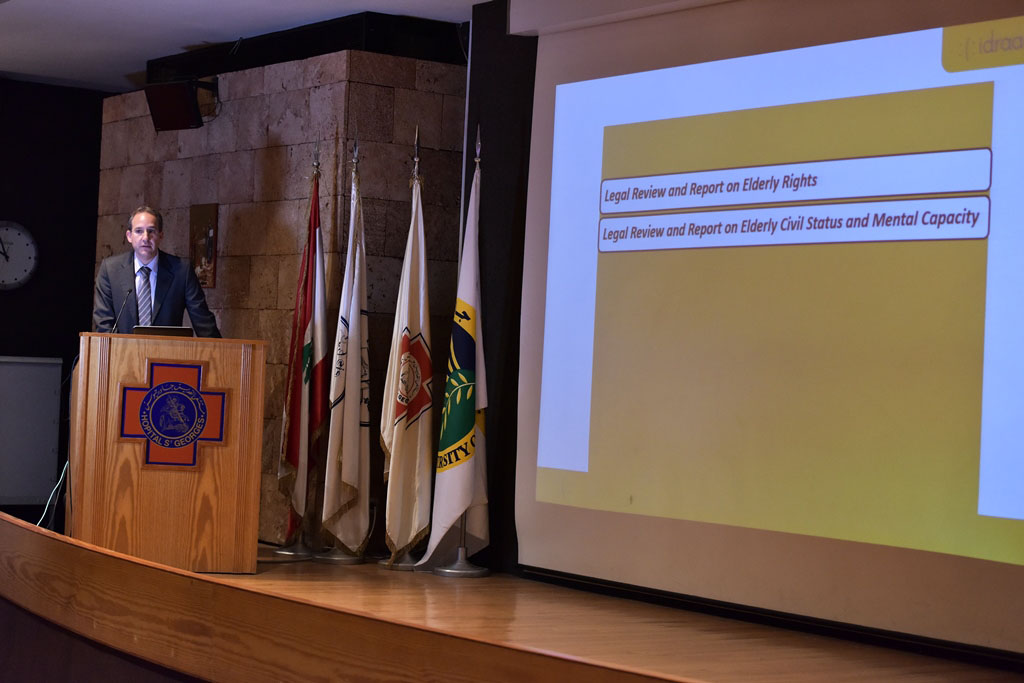 The President of the Alzheimer's Association Lebanon and senior member of IDRAAC, Dr. George Karam explained the details of the project to preserve the rights of the elderly in Lebanon, in all its components. He explained that it was launched from the experience of IDRAAC with the elderly and especially from cases of abuse of people with diminished mental capacity. G.Karam noted that a participatory approach was adopted in the implementation of the project, with several focus groups with stakeholders to identify the challenges and gaps faced by older people.

The draft a law “allows the elderly or a person with symptoms that are caused by aging to have protection and precautionary measures before their health deteriorates and affects their mental capacity”. This new law suggests a “protective measure which allows older persons to designate a person of trust before they lose their mental capacity to carry out pre-determined actions on their behalf”.

G. Karam pointed out that IDRAAC organized a “series of workshops to introduce the law and seek the support of relevant governmental partners as part of its advocacy and lobbying efforts”. 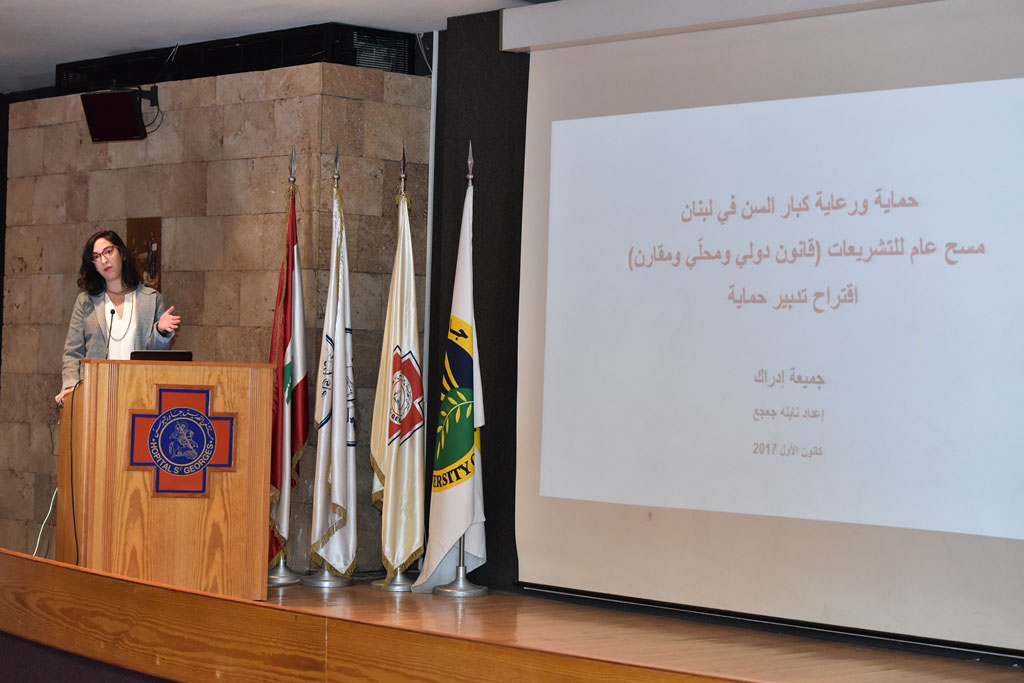 Attorney Nayla Geagea, legal advisor to the project, noted that "there is a legislative gap on measures that guarantee the independence of the elderly in the conduct of their affairs and their freedom of choice especially once they have decreased mental capacity." She explained that "the only measure in Lebanese law is the guardianship system to prevent the elderly from carrying out any work of a legal nature in the event it is proved that their mental capacity is deficient or non-existent." Geagea said that "legislation in Lebanon lacks a framework that regulates the period that can precede this stage."

Geagea explained that the draft law presented by IDRAAC aims to "designate a person of trust before they lose their mental capacity to carry out pre-determined actions on their behalf " She stressed that "the framing of this measure in a special legal text allows the protection of the elderly from any form of exploitation while ensuring the respect of their will." Geagea pointed out that "the contractual nature and voluntary procedure, gives less restrictions than the guardianship system in place today."