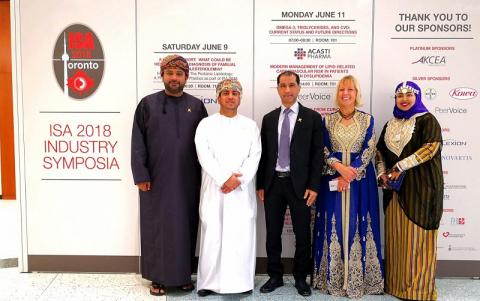 Sultanate to host Symposium on Atherosclerosis in 2024 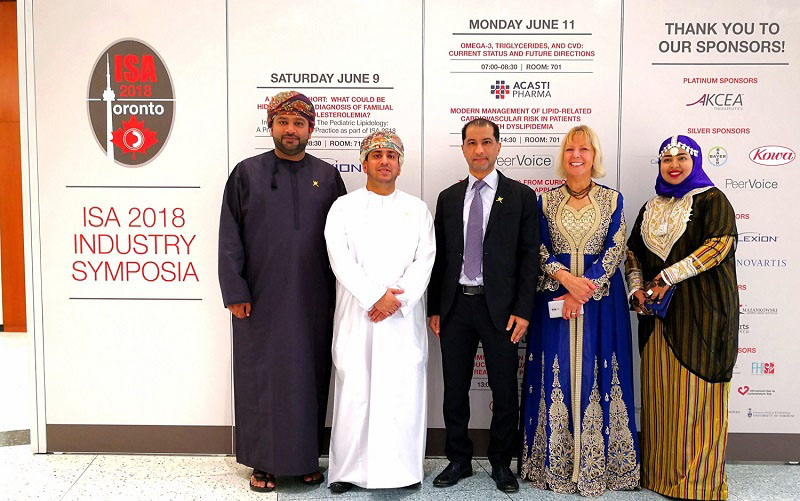 This, the 20th edition, will be the first time that the conference will be hosted in the Middle East with the first one held in 1967 in Chicago and more recent editions in Sydney, Australia and Amsterdam, the Netherlands.  The 19th edition will be in Kyoto, Japan in 2021.

Dr. Khalid Al Rasadi said, “Bringing this international conference with global experts and having them share their knowledge will benefit the Sultanate. We are very confident that we will get large numbers of delegates from all over the world as Oman is such an attractive destination.”

One of the key reasons cited for winning was the involvement, engagement and activities undertaken by OSLA who hold annual courses along with local and regional events. The association is also strongly involved with the International Atherosclerosis Society of which Dr. Khalid Al Rasadi is an active Board member Dr. Khalid Al Rasadi added his appreciation for the strong support of the OSLA board members and their vision and ambitions to bring such important events to the region in the field of Lipid and Atherosclerosis.

The Ministry of Tourism supports all efforts towards enhancing the MICE tourism sector in Oman. The Ministry’s initiative in establishing the Oman Convention Bureau under its supervision is a milestone towards building a foundation and achieving objectives in the MICE tourism sector. The bureau also aims to use various external channels to promote MICE internationally.

Khalid Al Zadjali, Director of the Oman Convention Bureau stated that, “The symposium will bring direct, indirect and induced economic benefits to the Sultanate in addition to the strategic impact such an event has on the country. Conference attendees are high on the list of visitors that Oman wishes to attract and we know that they will leave with a positive impression and may return at a future dates with their families, colleagues or friends.” The Ministry of Tourism of Oman is targeting 11 million visitors by 2040 and “Business Events” is one of the key target markets as, typically, they bring more economic value to a country than leisure travellers.

The world class Oman Convention & Exhibition Centre has been built especially to attract and accommodate international events such as this and includes a 3,200-person theatre, 22,000 sqm of pillar-less exhibition space and 55 different meeting spaces to choose from.

The number of association meetings in Oman has doubled in 2017 as recorded by the International Congress and Convention Association’s (ICCA’s) recently released statistics and Oman is now placed 2nd in the Middle East and 86th in the world for the number of international meetings hosted in 2017.