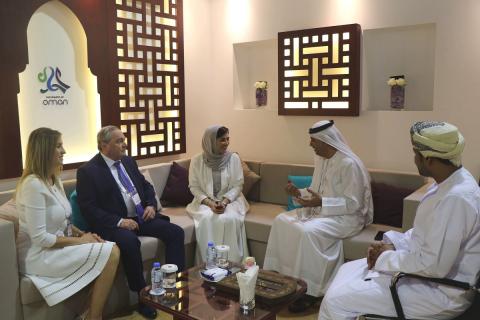 The Sultanate of Oman’s Ministry of Tourism has successfully concluded its participation at the Arabian Travel Market (ATM) 2018 held recently in Dubai, noting the remarkable interest of visitors in the country’s most competitive tourism features that highlight Oman's leadership as a global tourism destination. Many visitors in the Oman pavilion noted their admiration for the leisure opportunities in the Sultanate’s diverse natural, geographical, and historical sites that reflect the heritage and authenticity of the Omani culture. 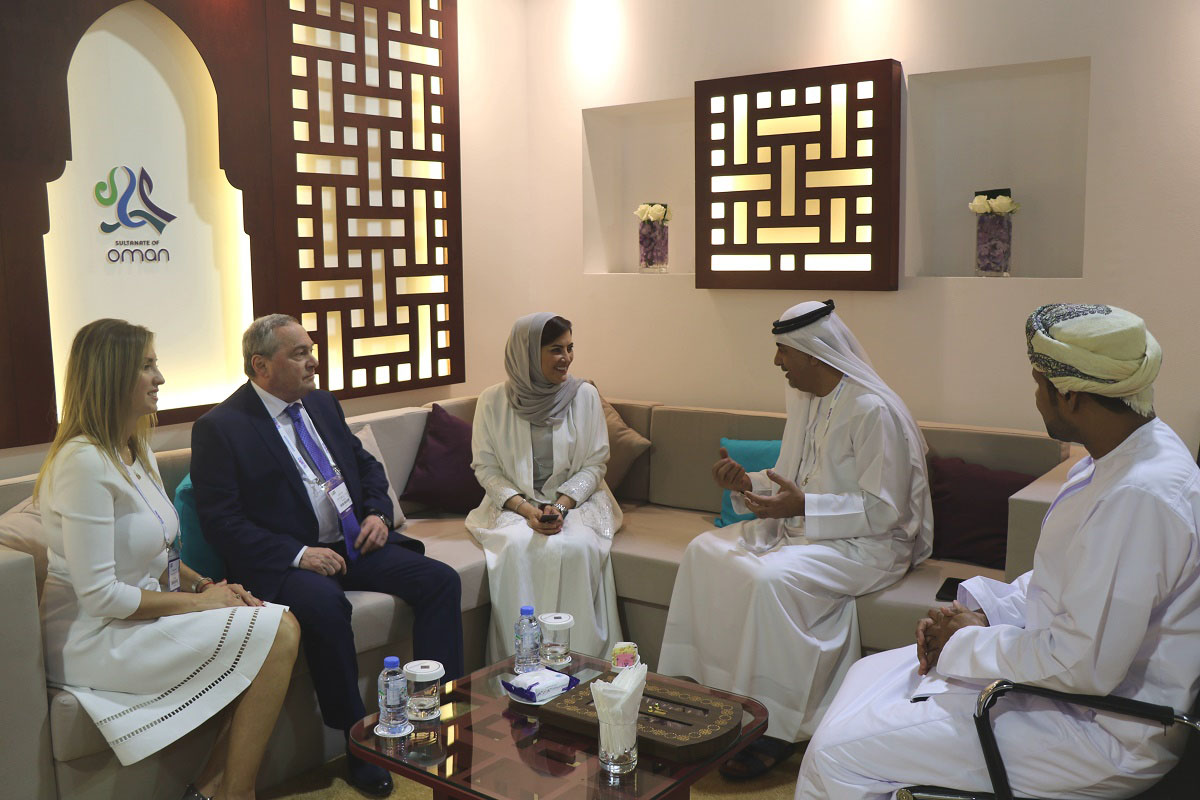 The Ministry of Tourism headed by Her Excellency Maitha Saif Al Mahrouqi, Undersecretary of the Ministry of Tourism, led a high-profile delegation along with 25 government entities, hotels and tourism service providers, which focused on promoting the industry with an aim to increase the number of regional and international visitors in line with Oman Tourism Strategy 2040, which targets to attract 11 million international and domestic tourists.

During the event, the Omani pavilion served as key platform for networking and meetings between government delegations, investors, businessmen and representatives of leading travel and tourism companies. The meetings discussed key opportunities for cooperation and explored the prospects of developing major tourism and hotel projects which would further enhance the country’s attractiveness among Arab and international tourists.

H.E. Al Mahrouqi also discussed the successful efforts of the country in implementing sustainable tourism development with some of the world's leading media entities, and further highlighted its relentless efforts to meet its tourism goals.

She discussed the current efforts being implemented during the first phase of the Strategy which focuses on strengthening the collaboration between the public and private sectors, along with other initiatives, such as the implementation of electronic visa processing, the development of world-class facilities and new infrastructure at the Muscat International Airport, Port Sultan Qaboos, and the Oman Convention Center & Exhibition, which is expected to open on the second half of 2018.

The Undersecretary of Tourism further noted that the country is keen to maintain its strong position on enhancing the tourism sector founded on sustainability which takes into careful consideration the preservation of the natural environment, as well as in improving the skills of its human resources. The two factors are among its top priorities to deliver quality tourism projects that would contribute to maintaining Oman’s natural, cultural, and historical resource. H.E Al Mahrouqi emphasized that developing the tourism sites and modernizing the infrastructure and key facilities are based on sustainable and responsible tourism principles which give more value to protecting the environment and respect for community values ​​and traditions which highlights the genuine partnership among government, community, business and investment sectors.

She explained that the huge turnout in the Omani pavilion underscores the country’s strong reputation as an attractive regional and global tourism destination, and that ATM 2018 served as an ideal platform to shed light on the progress of its strategic goals, which include increasing the number of hotel rooms and launching quality initiatives that enhance the competitiveness of Oman’s offerings, reflecting the effectiveness of public-private partnerships.

“We have held bilateral meetings with prominent figures from the government, business and investment sectors, to discuss issues of mutual interest and explored some promising projects in line with the national effort to promote the sector and increase its contribution to the GDP to 10 per cent by 2040, as part of the National Program for Enhancing Economic Diversification,” H.E she added. 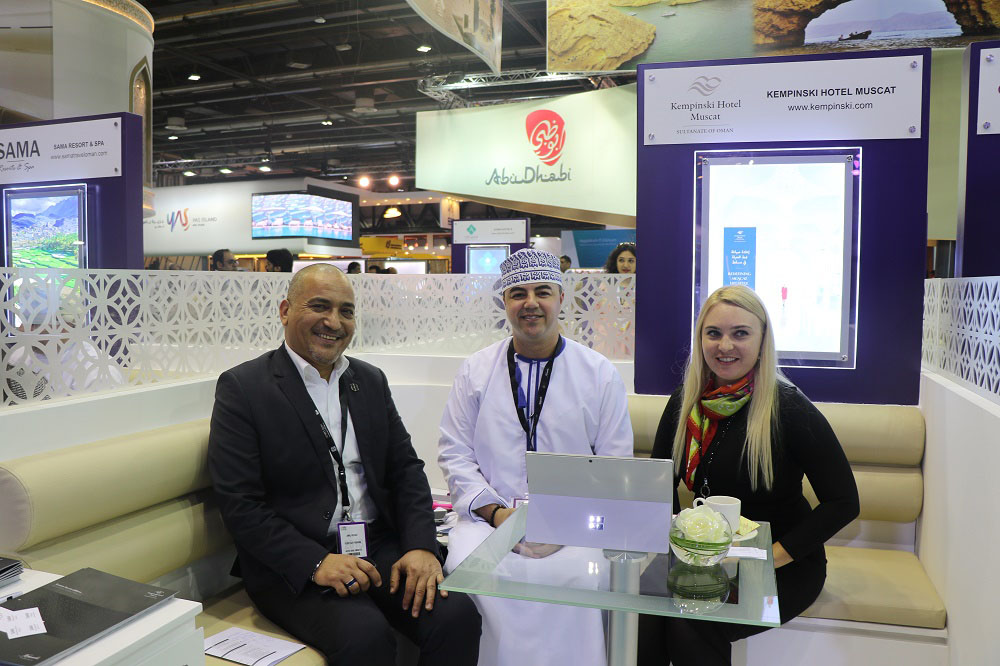 On the sidelines of the exhibition, Oman Air, the Sultanate’s national airline, launched its first-class mini suite in the presence of H.E.  Al Mahrouqi. The facility is set to be among the best features of Oman Air’s new Boeing 787-9 aircraft Dreamliner.

Video presentations of the most important tourist and historical sites have also been presented at the pavilion, as well as the distribution of brochures and publications to promote leisure destinations. It also introduced some of the country’s most famous tourism services, products, ventures and facilities that have been opened or inaugurated recently, and which represent an important addition to the unique tourism experiences enjoyed by the regional and international tourists in Oman.

The Omani pavilion also presented future and ongoing projects set to operate soon, with a key focus on promoting Khareef Salalah season, as well as various campaigns and promotions by tourism and hospitality establishments for the upcoming summer season.