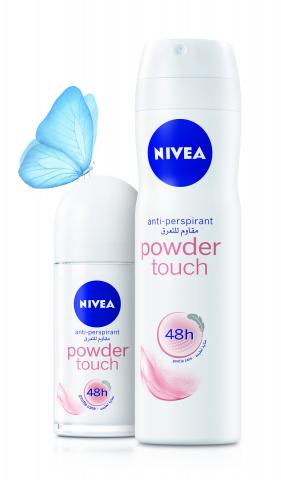 The most caring deodorant from NIVEA now in the MENA Region 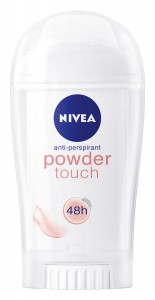 In a worldwide modern day study, NIVEA asked more than 8000 women about their expecations from a deodorant. Next to reliable and safe porotection, consumers want a deodorant that dries quickly, soft skin feeling and pleasant long lasting smell. Therefore, NIVEA developed the first deodorant with precious kaolin powder.

Available now in the GCC and Lebanon, NIVEA Powder Touch Deodorant, a deodorant that provokes a sense of well being while providing 48h protection. 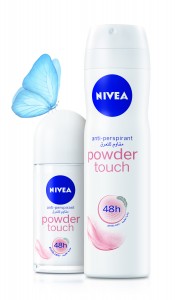 NIVEA Powder Touch Deodorant combines refreshing citrus notes of bergamot and orange with special ingredients such as rose and lily of the valley to deliver the perfect balance of protection and confidence and a sense of freshness and care.

NIVEA deodorants have successfully won the consumer led ‘Product of the Year’ awards across the Gulf region for - Black and White, Natural Fairness and Stress Protect for three consecutive years and this new addition will broaden the offering from the market leader.

Cosmetics company Beiersdorf AG is based in Hamburg, Germany, and has around 16,500 employees worldwide. Its sales in 2012 amounted to €6 billion and it has been listed on the DAX since December 2008. Beiersdorf’s NIVEA is the world’s No.1 skin care brand*. Other names in its successful international brand portfolio include Eucerin, La Prairie, Labello, 8x4, and Hansaplast/Elastoplast. Subsidiary tesa SE is one of the world’s leading producers of self-adhesive products and system solutions for industry, craft businesses, and consumers. Beiersdorf has more than 130 years of skin care experience and is known for its innovative and high-quality products.