The Ministry of Public Health in “Back to Lebanon”: We pledge to launch a health policy covering all expenses for all Lebanese people 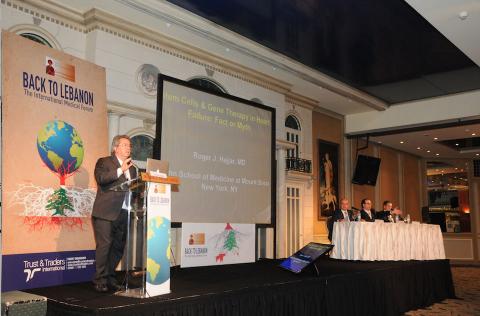 Under the patronage of the Vice-Prime Minister and the Minister of Public Health, H.E. Ghassan Hasbani and in an aim to gather all Lebanese doctors from all over the world, Saint Pantaleon association inaugurated the first international medical forum entitled “Back to Lebanon”, on July 27 at Regency Palace Hotel, Adma, in the presence of the Minister of Public Health represented by his advisor and the assistant secretary-general for interests Ghassan Yared, the President of the Lebanese Order of Physicians Beirut Pr. Raymond Sayegh, the President of the Lebanese Order of Physicians North Dr. Omar Ayyache and a number of former presidents, university deans and doctors. 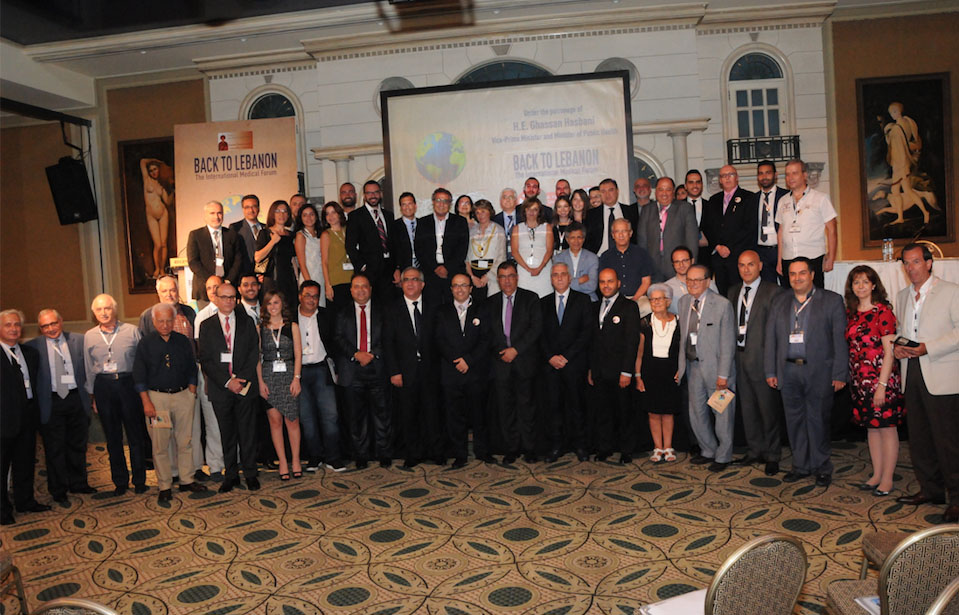 From July 27 till 29, the congress discussed new approaches in modern medicine throughout a multitude of expert lectures covering medical and surgical topics including pediatric, public health sessions and health targeted industries. For the first day, the congress discussed “State of the art lecture – Between east and west”, “Improving communication between health care actors” and “New horizons”.

During the opening ceremony, Dr. Ghassan Yared represented the Vice-Prime Minister and the Minister of Public Health, H.E. Ghassan Hasbani and said, “Regarding the public health policy, we pledge to launch a health policy covering all expenses for all Lebanese people based on the partnership between guarantor bodies and the people. Therefore this health policy will become a right independent from any political or sectarian favoritism, allowing the ministry to play again its primary role in issuing a full health policy and not only providing hospitalization for patients.”

He then promised that “we will work hard to protect the patient and preserve his rights in case of any form of dereliction from any party, but in return we must correct the error resulting from the unjustified attack on the health sector in Lebanon.” 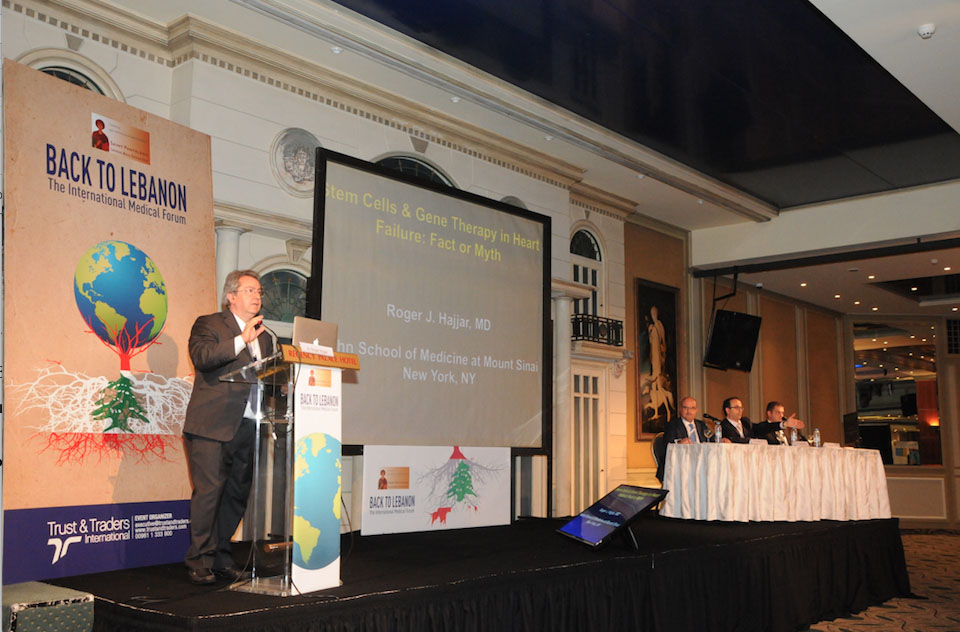 Then the President of the Lebanese Order of Physicians, Pr.  Raymond Sayegh, highlighted the importance of scientific conferences gathering Lebanese doctors practicing medicine in Lebanon and their fellows living abroad. These conferences add a scientific value and allow exchanging knowledge, in addition to restoring the link between residents in Lebanon and those working abroad. He then saluted the high scientific level of the sessions given during the conference and the professional organization of Saint Pantaleon association.

On another note, Pr. Sayegh assured that he’s working to put the syndicate away from any sectarian and partisan alignment, because the only regulator for the syndicate work is the law applied on all affiliated doctors without exception.

Dr. Elie Stephan, President of Saint Pantaleon Group said, “We wanted to make ‘back to the roots’ or ‘back to Lebanon’ a special forum aiming at fulfilling the holy passion of the Lebanese. It also aims at building bridges with brilliant Lebanese doctors wherever they are so that we benefit from their scientific experiences and learn from them, in addition to giving them the opportunity to express their love for their country and to support its people who stayed here carrying the torch of science, sacrifice and loyalty to the martyrs’ blood throughout history and loyalty to the saints.”