Major General Ibrahim visits Alfa: “Alfa is one of the leading companies worldwide thanks to Mr. Hayek's efforts” 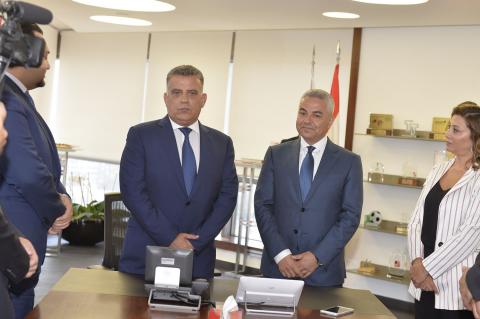 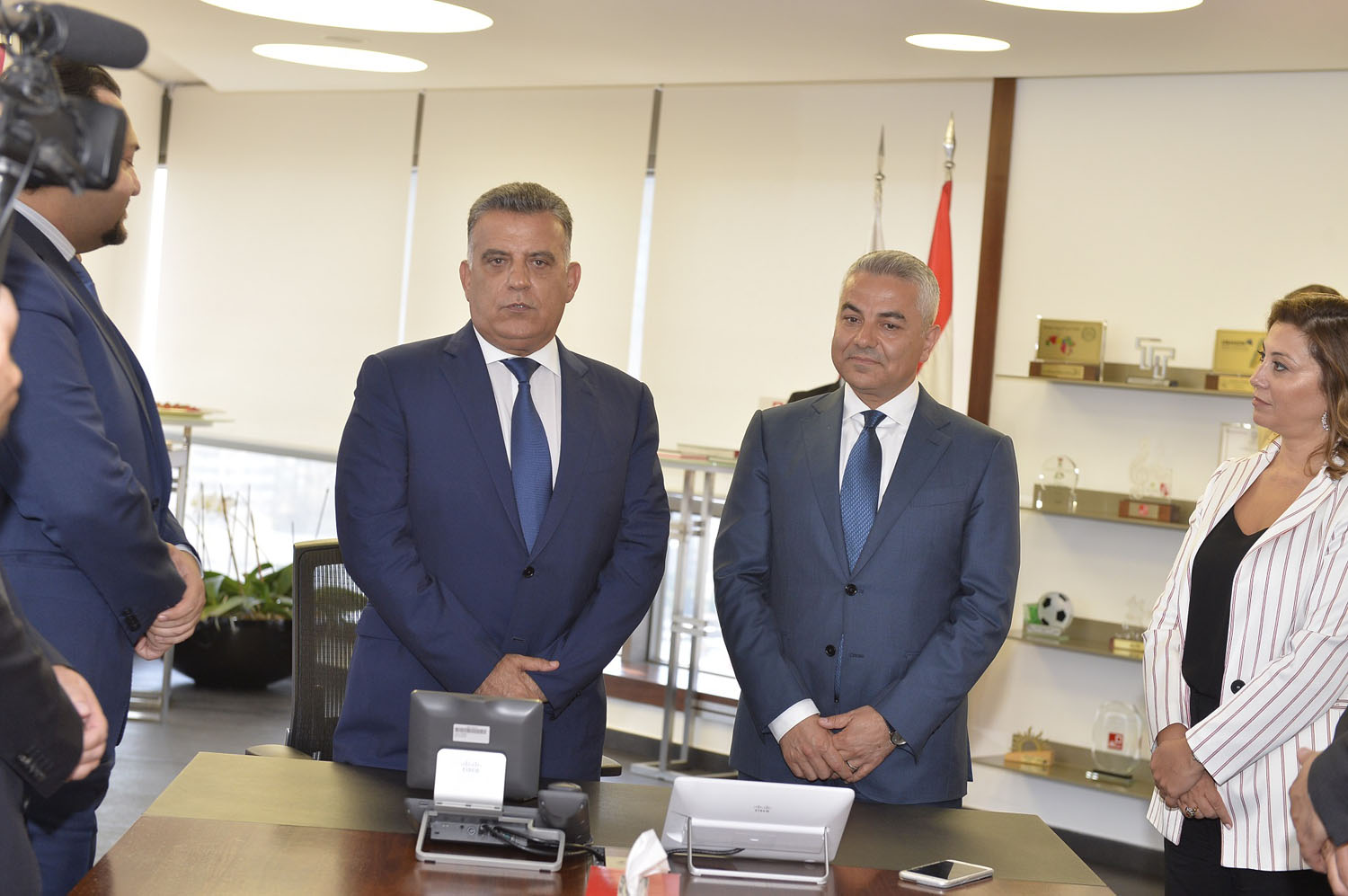 The Director General of the General Security Directorate, Major General Abbas Ibrahim, visited the Alfa headquarters at the head of a delegation from the Directorate, and was welcomed by Alfa CEO and Chairman Marwan Hayek.

Maj. Gen. Ibrahim and Mr. Hayek toured different departments in the company and listened to the explanations by the specialized teams at the Alfa Flagship Store, the Network Operations Center, and the Data Center.

Hayek A meeting was then held at Hayek's office, who welcomed Maj. Gen. Ibrahim, “the commander of safety and security, the commander of democracy and freedom of expression, the commander of the state and institutions, and most importantly for me the commander of humbleness, humanity and morality.” He added, “Maj. Gen., you are today among your family and your strong supporters who support all the steps you take in Lebanon and abroad.” Hayek then spoke about Alfa’s latest achievements and milestones, saying, “We pride ourselves in Alfa for turning from a mobile operator to a source of happiness through our service, especially since studies have shown that there is a direct correlation between happiness and the quality of mobile service. Alfa has achieved a qualitative leap since Orascom TMT took over the management, especially in terms of technological achievements, the most recent being the first 5G trial in Lebanon and the region reaching a top speed of 25 Gbps. We serve 100 percent of the population with all our services and technologies. The expansion plan is ongoing and by the end of 2019 we will have 1900 sites, knowing that Alfa currently serves 2,065,000 subscribers”. Hayek also pointed out to the latest achievement where “Lebanon and Alfa ranked second in the Middle East and North Africa region and 30th in the world in terms of 4G speed, surpassing many developed countries such as England, France and Japan and this means that we able to compete strongly.”

“Cybersecurity is a joint concern between us and General Security to which we give extra importance. We are working on a project to establish an Security Operations Center that will be the first of its kind in Lebanon”, Hayek added.

Moreover, Hayek said that 3.4 percent of Alfa employees are People with Iron Will, thus exceeding the quota stipulated by the law concerning the employment of this segment of society that is dear to us. Mr. Hayek also expressed his hope that the various institutions will adopt the People with Iron Will denomination which we launched at Alfa. He also shed light on the Alfa 4-Life CSR program that has become part of the company's DNA and a national pillar, supporting people and children with Iron Will through meaningful programs that contribute to their full integration.

Ibrahim Maj. Gen. Ibrahim thanked Hayek for welcoming him at the company, saying, “I accepted Mr. Hayek’s invitation not only because I believe in the importance of the technical and security work we do together, but also because I believe that every company headed by a Lebanese is a source of pride. I have faith in Mr. Hayek and his capabilities, since I have followed the work of the company and observed how it evolved under Mr. Hayek’s leadership to what it is today, and we look forward to Hayek’s vision for the future of the company. I say this because this work is reflected on the welfare of the Lebanese citizens and consumers in general. Our goal in any public or private institution is to serve people.”

“I was impressed by the company’s achievements on the human level. Indeed, the humane approach with employees is what makes you one family, and today I can say that we are on the same track in this respect,” he said. “When you are one family and one heart, you become more productive and this is reflected in the Lebanese getting their rights in a transparent manner and in a better way”. Gen. Ibrahim concluded: “Alfa is one of the leading companies worldwide thanks to your efforts and the efforts of Mr. Hayek, and I wish you all the best.”

To conclude the visit, Mr. Hayek offered Maj. Gen. Ibrahim a sculpture of a Lebanese cedar made by the students of the Lebanese School for the Blind and Deaf, the fruit of an Alfa initiative within the Alfa 4-Life program.