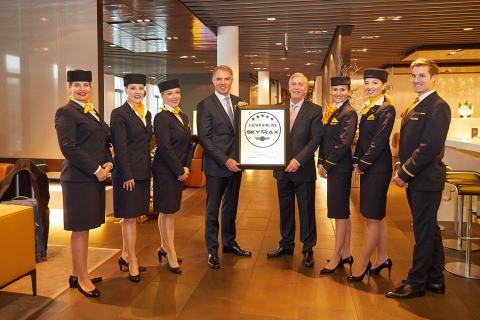 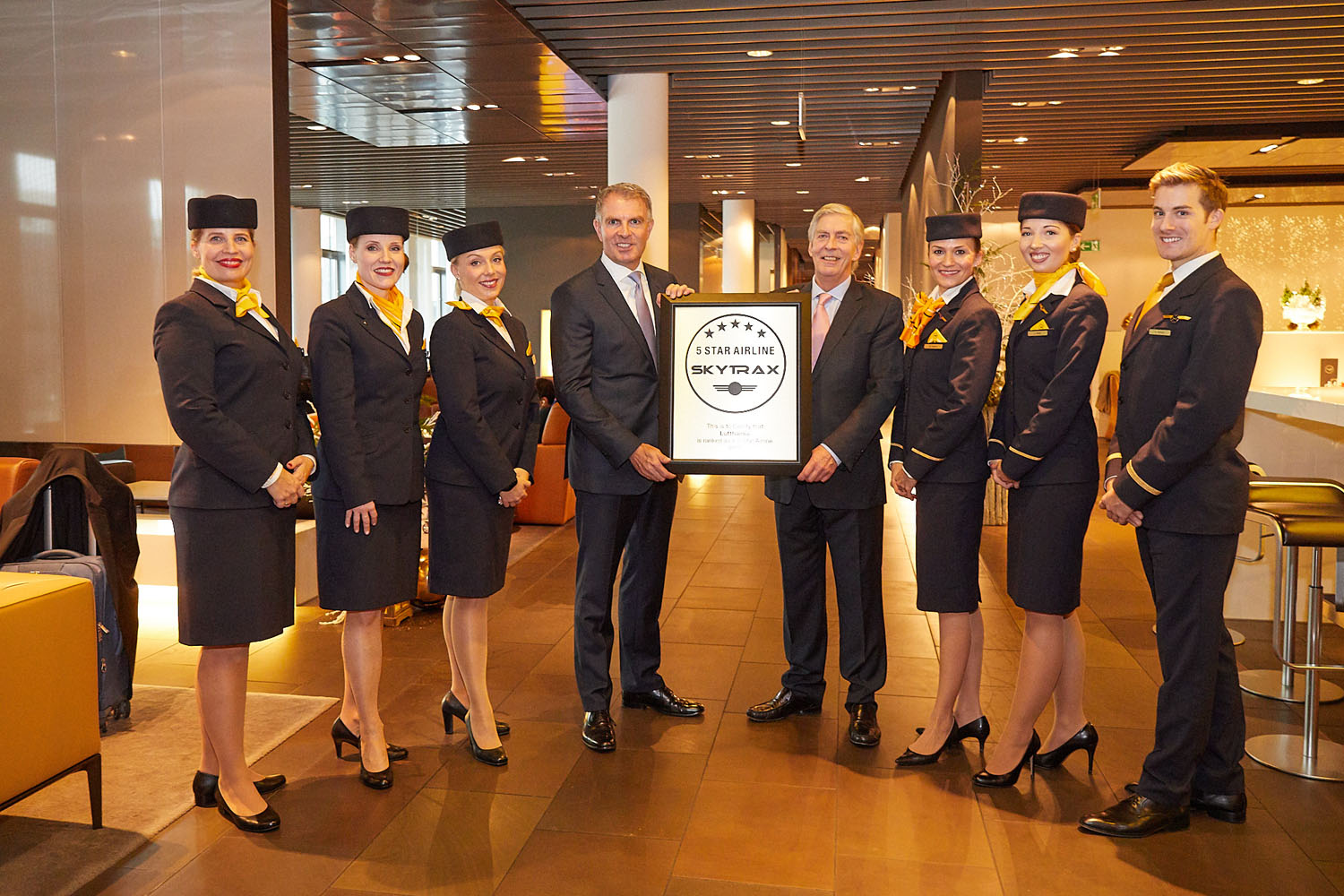 Lufthansa has received five-star certification from British aviation consulting specialist, Skytrax, making it the first airline outside Asia for this achievement. The quality rating for premium service and first-rate comfort has placed Lufthansa in the select group of now ten airlines that have been given this coveted rating. The Skytrax jury has already been awarding five stars to Lufthansa First Class for years – now the entire airline has received the same certification.

“The award is a well-deserved recognition of our major efforts to make Lufthansa one of the world’s leading premium airlines again,” says Carsten Spohr, Chairman of the Board of Deutsche Lufthansa AG. “We have caught up because we made huge investments in our fleet, updated all our cabins, introduced digital services, opened new lounges and improved service on board and on the ground. The combination of premium offerings with the quality and professionalism of our employees has earned Lufthansa the status of a five-star airline,” Spohr adds. “Everyone at Lufthansa can be proud of this certification, especially our colleagues in the cabins and cockpits and on the ground who fulfil our premium promise every day in their interactions with our passengers. I am convinced that the most important factor in getting the fifth star was that we have the best airline employees.”

Edward Plaisted, the CEO of Skytrax, confirms: “The achievement of 5-Star Airline status by Lufthansa is not only a great accolade as the first European airline to reach this target, but is a clear recognition of the improvements they have made in recent years, particularly in all areas of the front line service delivery.”

The testers at Skytrax travel with the perspective of a passenger. For their ratings, they evaluate the service quality of the respective airline with comprehensive assessments on the ground and in the air in up to 800 categories. These include the service on board, seat comfort, catering, security measures, in-flight entertainment, duty-free offers and many other services. For Skytrax, the consistency and constancy with which Lufthansa has forged ahead with the modernisation of its product was a key consideration in the decision to award the fifth star. For instance, the cabins in First, Business, Premium Economy and Economy have been comprehensively upgraded over the last few years. The airline has also expanded its restaurant service from First Class to Business Class, improving its personalized appeal to passengers in the process. And it is also important to look ahead: to the new Business Class that will be rolling out in 2020 with the Boeing 777-9, and to a new and even better Premium Economy and Economy Class. Lufthansa also scored points with the new Lufthansa app and a wide variety of digital services on the ground and on board. The aim is to increasingly use digital opportunities to develop customized offers and services for Lufthansa’s passengers.

In addition to its airline ratings, Skytrax, a rating agency that specializes in aviation, also issues an annual ranking of the most popular airlines. At the 2017 World Airline Awards, based on the survey responses of 19.8 million passengers from 105 different countries, Lufthansa won the award for the best airline in Europe – and seventh worldwide. Since the 1990s, Skytrax has been conducting passenger surveys regarding the quality of airlines and airports. In 1999, the company first awarded certifications, of up to five stars. So far, only ten airlines worldwide have succeeded in obtaining the highest rating.