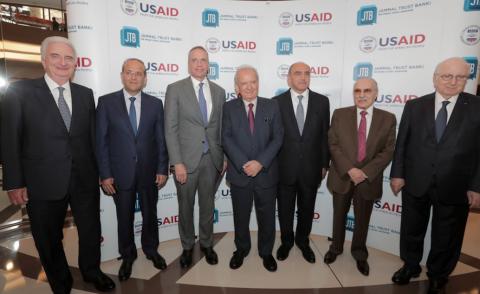 Jammal Trust Bank (JTB), represented by its Board of Directors and its Chairman and CEO, Mr. Anwar Jammal, hosted a luncheon to launch the “Financial Inclusion and Financial Literacy initiatives” in partnership with the United States Agency for International Development (USAID), at Le Gray Hotel, on Wednesday June 20. His Excellency Minister of Education and Higher Education, Mr. Marwan Hamade, H.E. Minister of Economy and Trade, Mr. Raed Khoury, Vice-Governor of the Banque du Liban, Dr. Muhammad Baasiri, the Chargé d’Affaires of the U.S. Embassy, Mr. Edward White, U.S. Embassy representatives, Banque du Liban representatives, USAID representatives and a number of journalists and bankers attended the event.

During the event, Mr. Jammal spoke about the “Importance of the Financial Inclusion and Financial Literacy initiatives, in converging all members and groups of society in the banking sector, in an aim to support and improve their living standards and to offer them banking services, which in turn, will boost the Lebanese Economy.”

H.E. Mr. Marwan Hamade, thanked Jammal Trust Bank for this initiative and said, “At the Ministry of Education and Higher Education, we consider ourselves partners in this cultural, economic, social and educational initiative.”

As for the Chargé d’Affaires of the U.S. Embassy, Mr. Edward White, said, “This American-Lebanese partnership will bring these disadvantaged groups into the financial system.  It will promote saving and increase access to finance, thereby improving lives. This should generate additional economic activity to keep the Lebanese economy moving forward.”

Then, the representative of the “Livelihoods and Inclusive Finance Expansion” (LIFE) Project in Lebanon, funded by USAID said, “Women such as myself and thousands more have much to offer the economy of Lebanon and appreciate very much this particular pathway toward that hope as represented by Save and Win. This program aims to have nearly 50% of previously unbanked women among the 10,000 new accounts created in the first year.”

At the end, a documentary about Financial Inclusion with live testimonials from Jammal Trust Bank’s clients was shown.

Jammal Trust Bank has developed an innovative banking product, “Save and Win”, geared towards Financial Inclusion. It was designed to encourage small saving holders to join the banking world, especially that no minimum amount of money is required to open an account related to this product. In addition, it is not subject to monthly commissions similar to other accounts and it gives its owner the opportunity to obtain loans with 3% interest fees. In order to educate and to narrow the gap between the financial sector and Lebanese citizens, JTB has cooperated with the Ministry of Education and Higher Education, to educate students on their banking rights and duties, through awareness courses in schools.

JTB has already educated 8,500 students in less than a year and plans on reaching more than 20,000 students next year.

In 2018, USAID and JTB have partnered to support the development of all programs mentioned above. 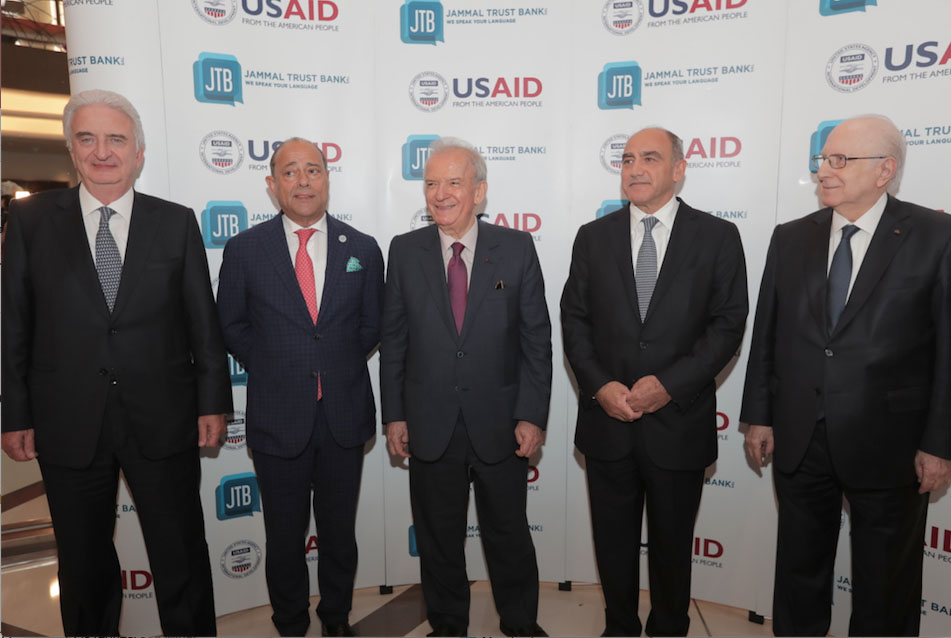 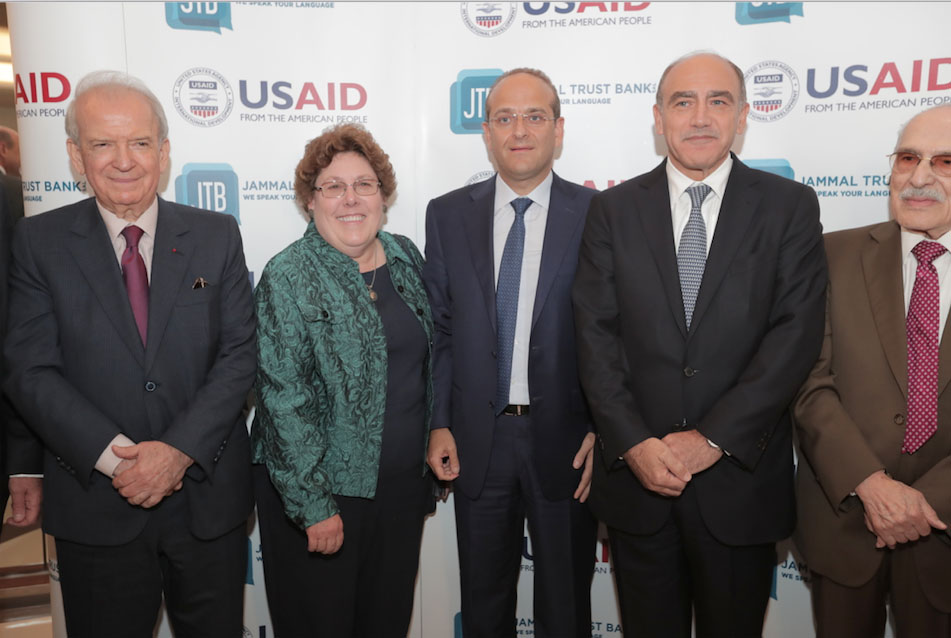 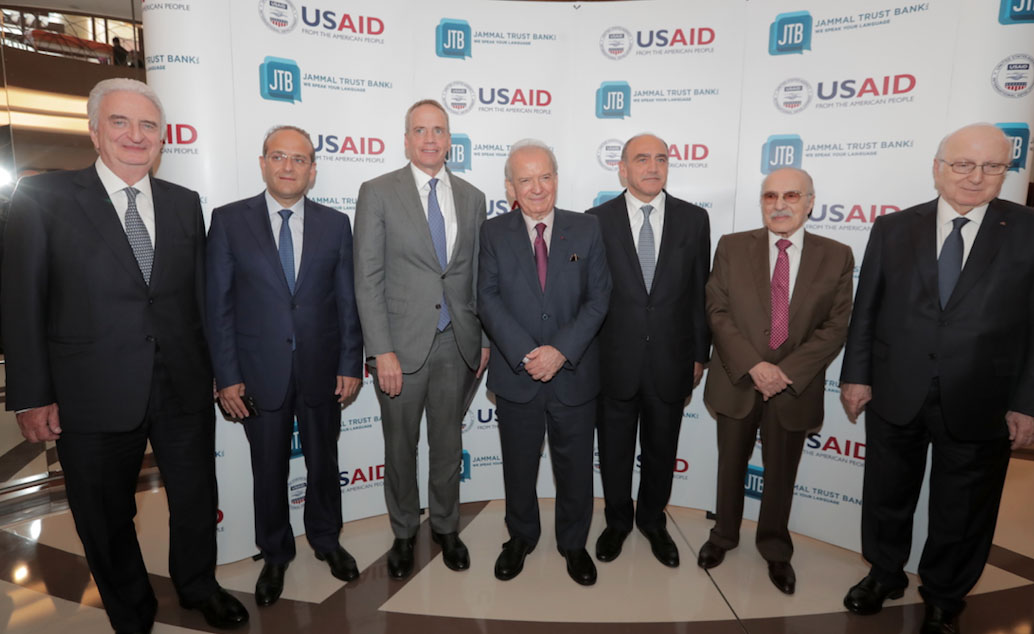