The first session of the Kuwait Investment Forum 2018 (KIF 2018), on ‘Investing for the Future Kuwait’ presented a bold statement in global geopolitics from Kuwait – driving the closer cooperation with the region – through the ambitious Northern Gulf Gateway, an integrated flagship project for realising the Kuwait National Vision 2035 that will open doors for investment opportunities for US, European, Chinese and Asian investors.

The panelists underlined the importance of fostering regional and global liberalisation, trade integration and cultural integration, and the leading role of the private sector in development, financing and investment, as well as the need to introduce legislation and supportive systems for sustainable development.

At the session, The Boeing Company announced that it will open its permanent office in Kuwait, which will scale up the number of high-quality job opportunities for Kuwaiti nationals.

More details of the Northern Gulf Gateway that opens tremendous opportunities for investment and its impact on the economy were also announced. 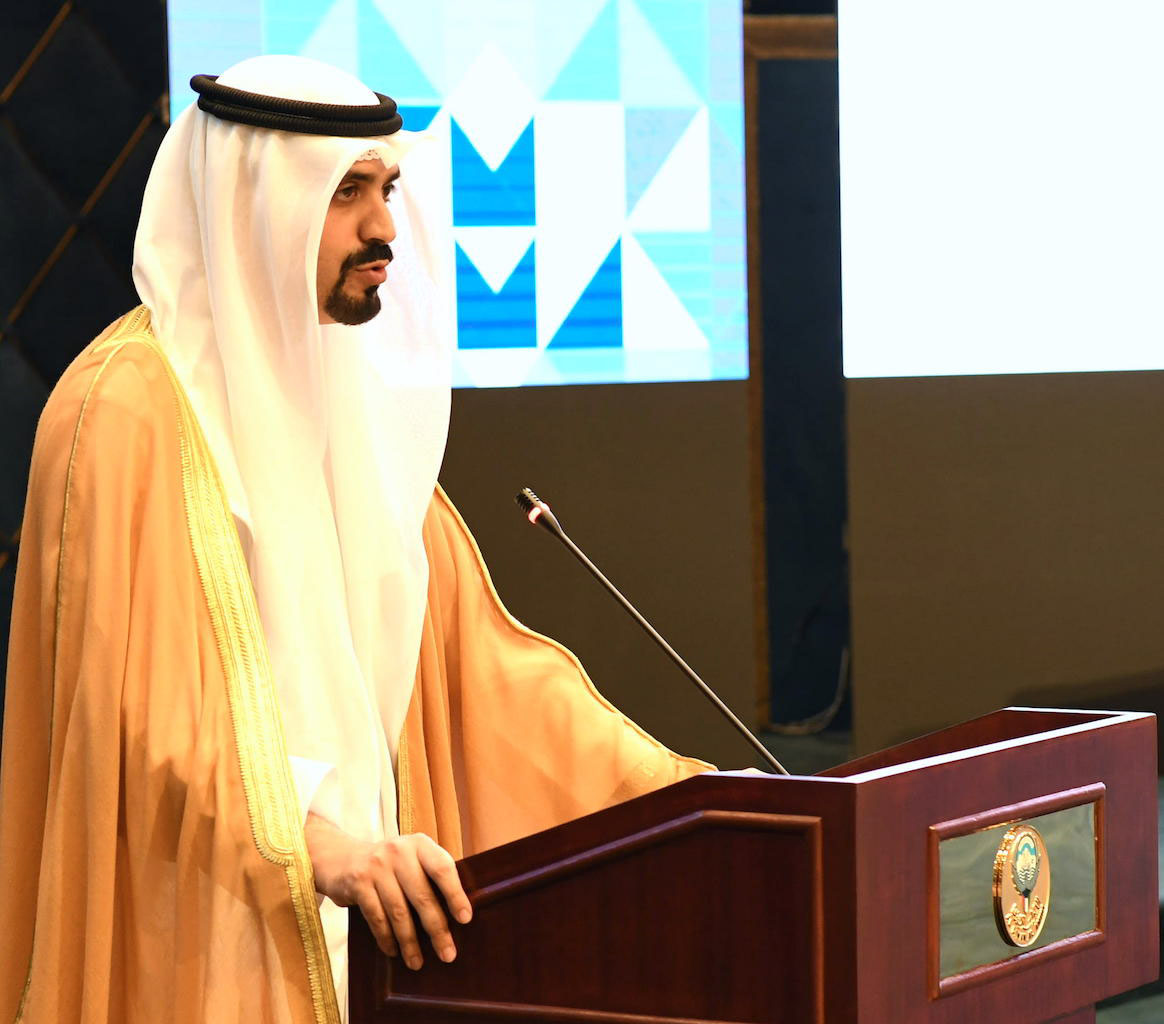 H.E. Sheikh Nasser Sabah Al-Ahmad Al-Sabah said: “To change things have prevailed and to regain our growth, we have chosen the Northern Gulf Gateway development, not only as an economic catalyst but also to build a new geopolitical era. We can use the geographic advantage of our northern region, which lies closest to two of the world’s oldest civilizations to help build new relations with our neighbours. Connecting to the Belt Road Initiative, the development will have a world-class airport, industries, a knowledge zone, leisure zone and educational zone. With Northern Gulf Gateway, Kuwait will be a catalyst in bringing together other countries in the region and across the world.”

Mr. Omar Kutayba Alghanim said: “Our growth story has only begun; we are an open transparent market place, we are the oldest democracy in the region, we have a healthy balance sheet and geographic location. There is no better time than now to be part of the Kuwait story, underlined by the practical changes we see around. International corporations are opening office, and with our administrative and regulatory changes, we are open to global business. Since the inception of our SME Fund, more than US$7 billion were set aside for them; such support doesn’t happen in any other country.”

Mr. Timothy Keating said: “The Middle East alone would need 63,000 pilots by 2035 as well as 69,000 technicians in addition to training to be offered for 100,000 crew. Such training partnerships are what we are looking at in Kuwait, so the young people here do not have to leave the country to be trained. We hope to add Kuwait to the list of our training centres as you have the right talent base and infrastructure here. We have about 50 employees now but watch the numbers grow.”

Ms. Noura Al-Qabandi said: “Kuwait has led world relations, benefited humanity and assisted developing countries financially. We see the next big opportunity in the Northern region as an investment haven with God-given resources, land and a central location. It is a place where civilizations met, traded and connected, and it is our future. The project is directly aligned with Kuwait’s advancement in connecting the world.” She gave details of the different zones that will include an educational hub; a centre for smart industry and future technologies and with a port of 8 million TEU capacity; a financial hub with a stock exchange, and a touristic destination that also will feature a world-class medical facility.

Highlighting the role of the Forum in supporting the goals of Vision 2035, Dr. Merza Hasan said: "What really underscores Vision 2035, a transformative initiative is that will drive the Kuwait economy from a single-resource economy to a diversified and dynamic economy is the importance it plays on human capital, and the role of the private sector in helping achieve Vision 2035.

Held under the patronage of His Highness the Amir Sheikh Sabah Al-Ahmad Al-Jaber, KIF 2018 is co-organised by the Kuwait Direct Investment Promotion Authority (KDIPA), and the Kuwait Chamber of Commerce and Industry (KCCI) at the Bayan Palace and the Jaber Al-Ahmad Cultural Centre (JACC).

The event builds on the positive momentum gained globally following the country’s commitment to the Kuwait 2035 roadmap that aims to transform the nation into a world-class financial and commercial centre.