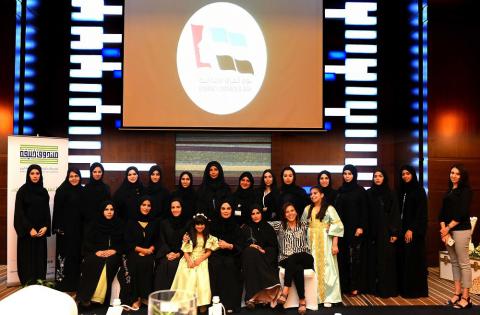 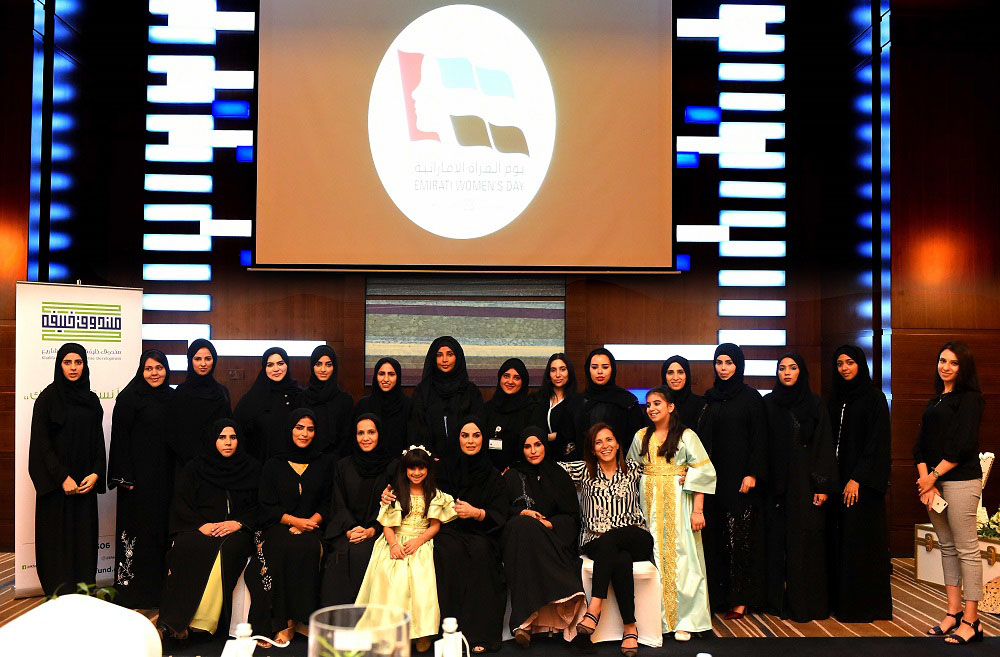 Khalifa Fund for Enterprise Development celebrated the Emirati Women’s Day which is themed this year, ‘Women on the Course of Zayed’, coinciding with the Centennial of Zayed and the declaration of 2018 as the Year of Zayed by the UAE President His Highness Shaikh Khalifa Bin Zayed Al Nahyan. The UAE takes the 28th of August of each year as an occasion to celebrate UAE women in recognition of their achievements and significant contribution and effective role in the development of the society.

Mrs. Mouza Al Nasri, Executive Director of Entrepreneurship Development at Khalifa Fund, delivered a speech and hailed the UAE women’s important role in the development of the country, highlighting the many achievements they achieved at various levels and become an example for women worldwide. She further noted that their success would not have been possible without the great support of the wise leadership and the continuing efforts of Her Highness Shaikha Fatima Bint Mubarak, ‘Mother of the UAE,’ to empower Emirati women and develop their capabilities, which opens all the opportunities for them and engage in various fields of development.

Al Nasri pointed out that the Khalifa Fund pays great attention to Emirati women by developing their skills and abilities. She emphasized that the Fund is one of the government entities that supports women and beliefs in their energy and huge potentials. She added that there are many social programs launched by the Fund in cooperation with key organizations to create a more sustainable and inclusive society. These programs target craftswomen who are active in the field of preserving UAE heritage. The Fund also provides financial, technical and consultant support to women to start their enterprises, where enterprises led by Emirati Women have reached more than 400 projects in the last 10 years.

“With the continuous support and patronage of Her Highness Shaikha Fatima Bint Mubarak, the ‘Mother of the UAE’, the Emirati woman has accomplished many achievements in various fields, especially leadership, which proves the ability of UAE women to participate in the development process. In Khalifa Fund, we are concerned with the development and enhancement of their capabilities, which is reflected by the percentage of Emirati women in our workforce since 2007, which has reached to 39 per cent of the by the end of 2017. On this occasion, we emphasize our keenness to launch and implement initiatives and projects aimed at supporting Emirati women entrepreneurs, particularly in empowering their small and medium enterprises to support sustainable growth and achieve the objectives of economic diversification to the post-oil economy. We continue to launch quality initiatives and provide a supportive environment for the community in general and for Emirati women, by providing traditional and handicraft workers with the opportunity to create projects that will enable them to provide permanent sources of income to ensure a decent life for themselves and their families," she added.

The Emirati woman has held many leadership positions in the Khalifa Fund for Enterprise Development. The percentage of female employees in the Fund has increased steadily since its establishment to date. The percentage of Emirati Women entrepreneurs funded by the Khalifa Fund was about 29 per cent, which was distributed in various sectors, notably the industrial, retail, services, agriculture, food and beverages, and ICT. The success rate of projects managed by Emirati women reached 83 per cent, which reflects the growing role of women in business and economic activity in various sectors.