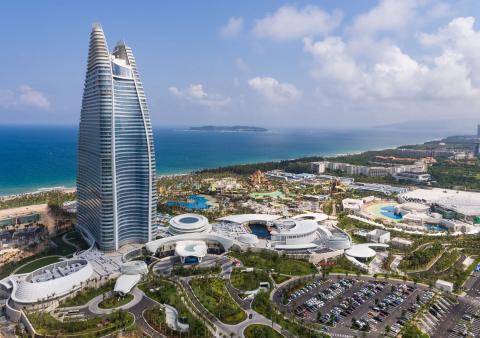 Between the UAE and China

China’s first Atlantis resort, located in the city of Sanya, officially opened on 28 April 2018, culminating four years of anticipation for a close to US Dollar two billion project, developed by owning company - Fosun International and managed by leading international developer and operator of destination resorts, ultra-luxury hotels and residences, Kerzner International. Atlantis Sanya promises to redefine holidaymaking and propel Hainan Island into a new era of world-class hospitality and tourism, solidifying the strong ties between the UAE and China. 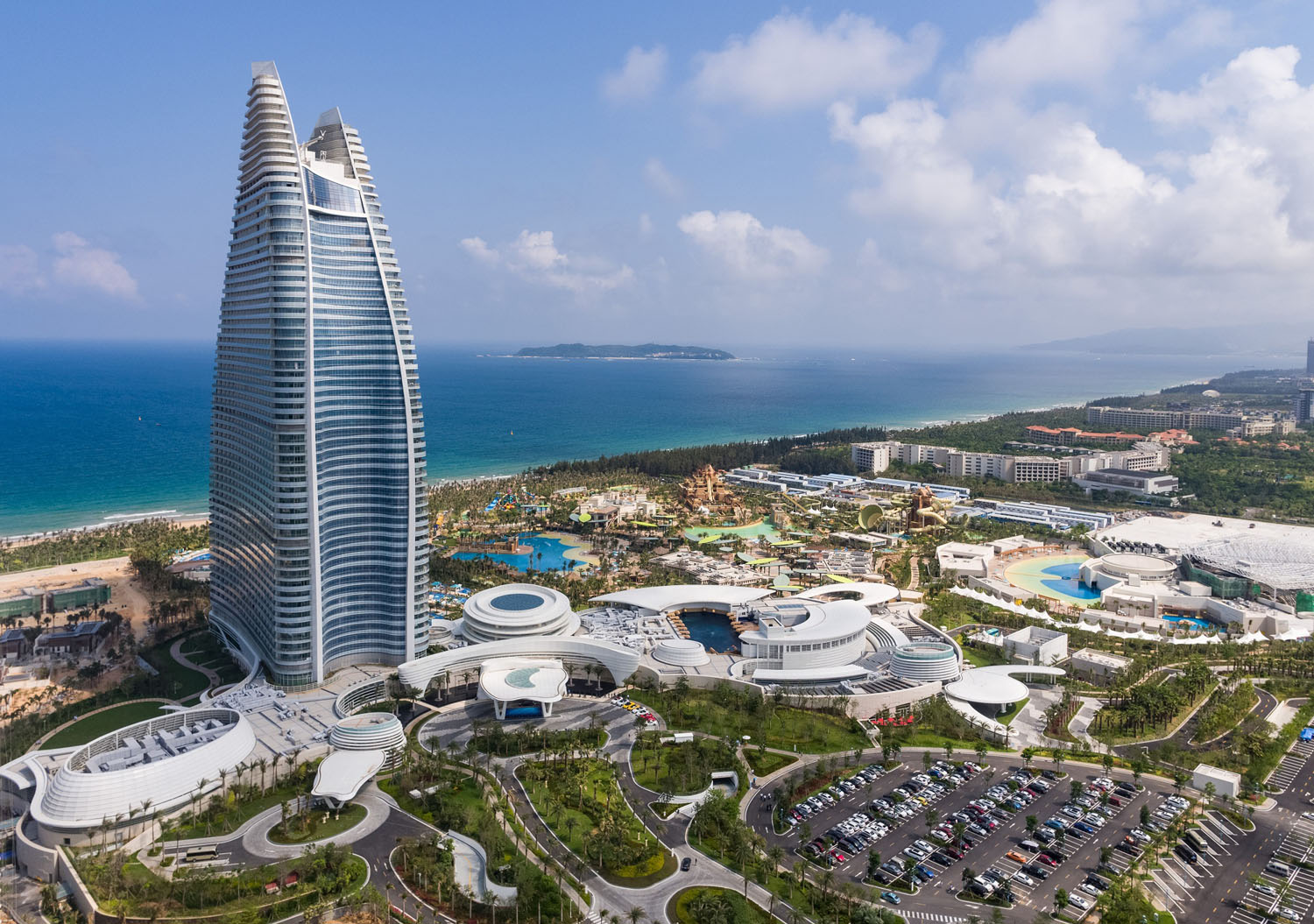 Atlantis Sanya is an integrated entertainment destination occupying 540,000 square metres of land, designed as a modern interpretation of the mythical city of Atlantis. With a cutting-edge design, towering over Sanya as a new icon of the South China Sea, the new resort features 1,324 rooms and suites including five uniquely-designed Underwater Suites, a now globally-recognised feature of the Atlantis brand.

Atlantis Sanya recently was awarded by the reputable Hurun Report for being an outstanding contributor to the relations between the UAE and China trough the close cooperation between the teams in Dubai and Sanya, signalling the significant impact the launch of this development is already having on an international level.

Over 80 reputable and international firms helped design and bring to life the Atlantis Sanya experience. The world-class interior design is the result of a collaboration between Jeffrey Beers International (JBI) and Hirsch Bedner Associates (HBA), evoking images of the sea and immersing guests in an otherworldly experience of marine life. Atlantis Sanya’s innovative design blends modern aesthetics and sea-inspired imagery with elements from Sanya’s rich culture, giving the resort the enchanting look and feel of an aquatic paradise.

“We are delighted to be welcoming Atlantis Sanya into our family as not only the first Atlantis resort in China, but also a proud first step into the Asia Pacific region,” said Serge Zaalof, COO, Atlantis Resorts and Residences. “Atlantis Sanya marks the next generation of Atlantis resorts, offering unrivalled family entertainment, world-class culinary choice and unforgettable guest experiences,” concluded Zaalof.

“Following a rigorous design and development period of four years, by a global team of approximately 3,000 international colleagues, 7,000 construction staff and more than 200 contractors, from 20 countries, we are delighted to unveil our new icon of the South China Sea, Atlantis Sanya,” said Heiko Schreiner, Managing Director, Atlantis Sanya. Anticipating more than two million domestic and international tourists every year, the resort will raise Hainan Island’s tourism offering to new heights. “The launch of Atlantis Sanya creates almost 3,300 jobs - a significant contribution to the local economy – and something we’re incredibly proud to bring to Sanya,” added Schreiner.

At the Opening Ceremony of Atlantis Sanya, on 28 April 2018, guests including international and Chinese celebrities, such as famed YouTuber, Roman Atwood, VIPs and business leaders from industries including retail, travel, film and real estate, were treated to a lavish gala dinner and musical extravaganza created exclusively for Atlantis Sanya’s opening night. A five-act, theatrical and musical performance told the spellbinding story of the lost city of Atlantis, culminating in a ribbon-cutting ceremony and awe-inspiring fireworks display. 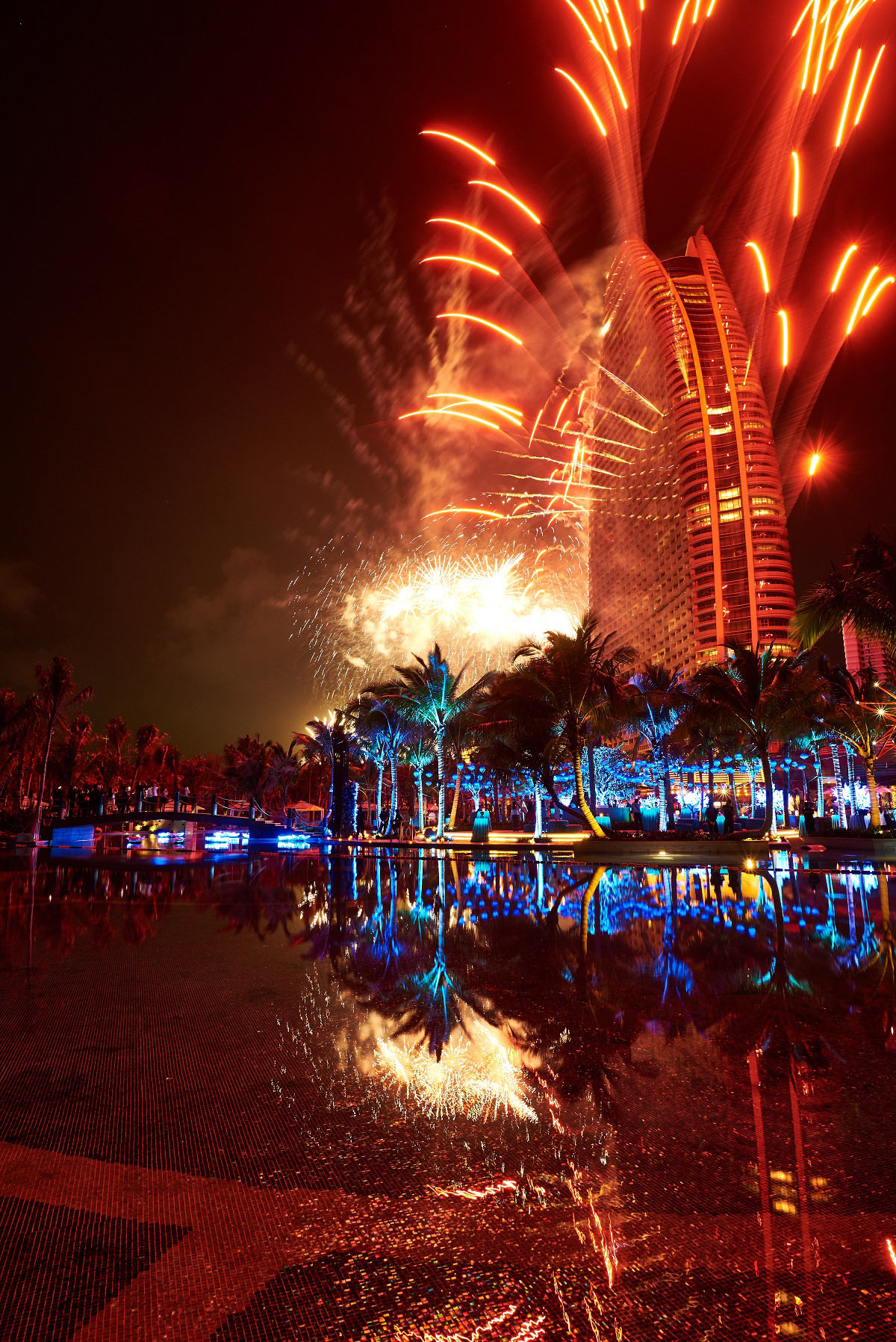 Overlooking the South China Sea, Atlantis Sanya boasts one of the largest open-air aquariums in the world, The Ambassador Lagoon, a unique underwater habitat, home to more than 86,000 species of marine life, mesmerising visitors as they journey to discover the mythical heart of Atlantis. At the heart of Atlantis Sanya is the Lost Chambers Aquarium, which allows visitors to immerse themselves in the calming mysteries of the ocean and learn more about the richness and diversity of its inhabitants. For more thrill-seeking guests, the gravity-defying waterslides at Aquaventure Waterpark promise fun for the entire family. This expansive 200,000 square metre waterpark is truly one of a kind, the first in China to open every day of the year. Guests can also interact with sea mammals at Dolphin Cay and Sea Lion Point, and choose from a wide array of dining options. Atlantis Sanya’s 21 restaurants, cafes, and lounges include Bread Street Kitchen and Bar by world-famous celebrity chef Gordon Ramsay and Ossiano Underwater Restaurant and Bar, which are poised to become Hainan’s top gastronomic spots. For conferences, events, and meetings, Atlantis Sanya offers an expansive 5,000 square meter MICE facility. The resort also provides families a playful MINIVERSITY recreational facility and operates the first AHAVA Spa in Asia-Pacific region.

Guo Guangchang, Chairman of Fosun International, sees Atlantis Sanya as a response to the growing trend of family–focused hospitality, ushering in a new era for tourism in Hainan and China. “We call it ‘FOLIDAY,’ Fosun’s distinctive holiday brand that seeks to take the tourism industry to greater heights,” Guo said. “At Atlantis Sanya, families will have everything they want and need for a breathtaking holiday experience. With something for every family member to enjoy, we’ve designed the ultimate, multi-generational resort experience, focused on delivering quality family time and treasured memories that last a lifetime.”

Located on the Haitang Bay National Coast, Atlantis Sanya is the first Atlantis resort in China, joining the flagship Atlantis, The Palm in Dubai as well as The Royal Atlantis Resort & Residences in Dubai and Atlantis, Ko Olina in Hawaii, both currently in development. Atlantis Sanya is set to become a globally-recognised travel destination and the premier resort in Sanya, Hainan Island.