Your Chance to Tee Off with Justin Rose in Dubai 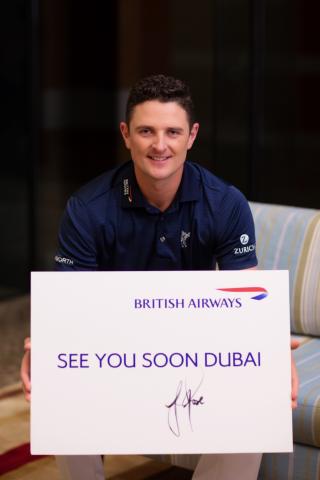 Lebanon, October 28, 2014: British Airways is offering golfers around the world a once in a lifetime opportunity to learn from Justin Rose at an exclusive golf clinic in Dubai.

Justin Rose, who recently led the European team to victory at the Ryder Cup, will be hosting an exclusive clinic at Emirates Golf Club in Dubai on Tuesday 18 November 2014, where he will be sharing his knowledge with two lucky winners, a guest of each winner and VIP guests. 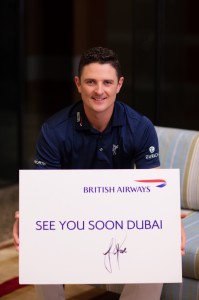 Each winner will receive two return economy class flights to Dubai via London, three nights stay at the spectacular JW Marriott Marquis Hotel Dubai, access to the golf clinic and a cocktail party with the golf legend at the famous Emirates Golf Club. 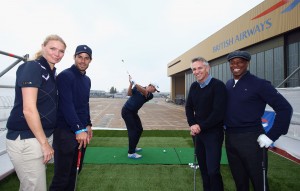 To be in with a chance of winning visit www.britishairways.com/flights-and-holidays/partners/justin-rose-competition and correctly answer the below question to be entered into a draw to win the trip.

Which celebrity is first to hit the gong in the British Airways Charity Celebrity Golf Tournament? You can view the video here: http://youtu.be/rgc5pNhgPvo

In addition to hosting the British Airways golf clinic, Rose will be competing in the European Tour’s finale of the Race to Dubai, the DP World Tour Championship, held at the Jumeirah Golf Estates in the United Arab Emirates between 20 – 23 November.

The winner will be notified on Monday 03 November, 2014