WHO selects UAE Minister of Health and Prevention 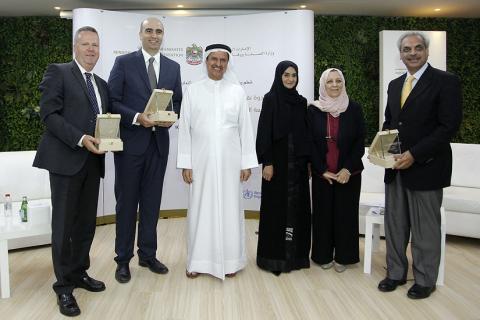 In line with the UAE's global leadership role in

WHO selects UAE Minister of Health and 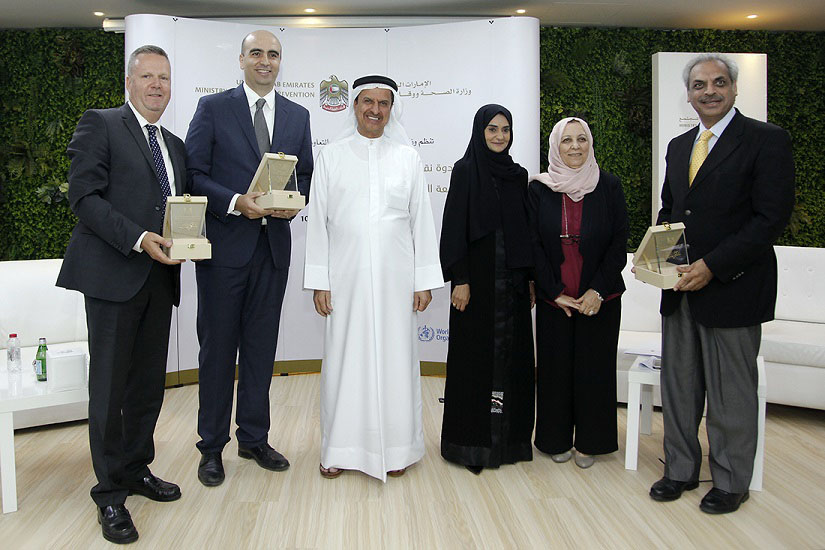 Following the successful launch of the report on June 1, 2018  in Geneva, and to highlight the most important recommendations of the report at the regional and local levels, MOHAP held a media seminar under the patronage of  H.E. Abdul Rahman Bin Mohammed Al Owais, Minister of Health,  in partnership with the WHO Regional Office for the Eastern Mediterranean, in the presence of H.E. Dr. Hussein Abdulrahman Rand, Assistant Undersecretary for Health Centres and Clinics, and Dr. Buthaina Abdullah bin Belaila, head of Non communicable disease section & deputy of the Supreme National Committee for the Control of Non-communicable Diseases.

The meeting was also attended by Dr Asmus Hammerich, Director, Non-communicable Diseases and Mental Health, and Dr. Khalid Saeed, WHO Regional Adviser for Mental Health, from the World Health Organization and Dr. Ebtehal Fadel, President of the Regional NCD Alliance and several representative from the UAE Ministry of Education, Roads and Transport Authority and Municipalities, Ministry of Environment and Climate Change, Youth and academic institutions, NGOs (Friends of Cancer Patients), and representative of People with NCDs.

Dr. Hussein Rand, Assistant Undersecretary for Health Centres and Clinics, said that the UAE is a global and regional leader in combating and controlling NCDs, supporting the WHO’s goal of reaching a target of 25 per cent of noncommunicable disease deaths by 2025. 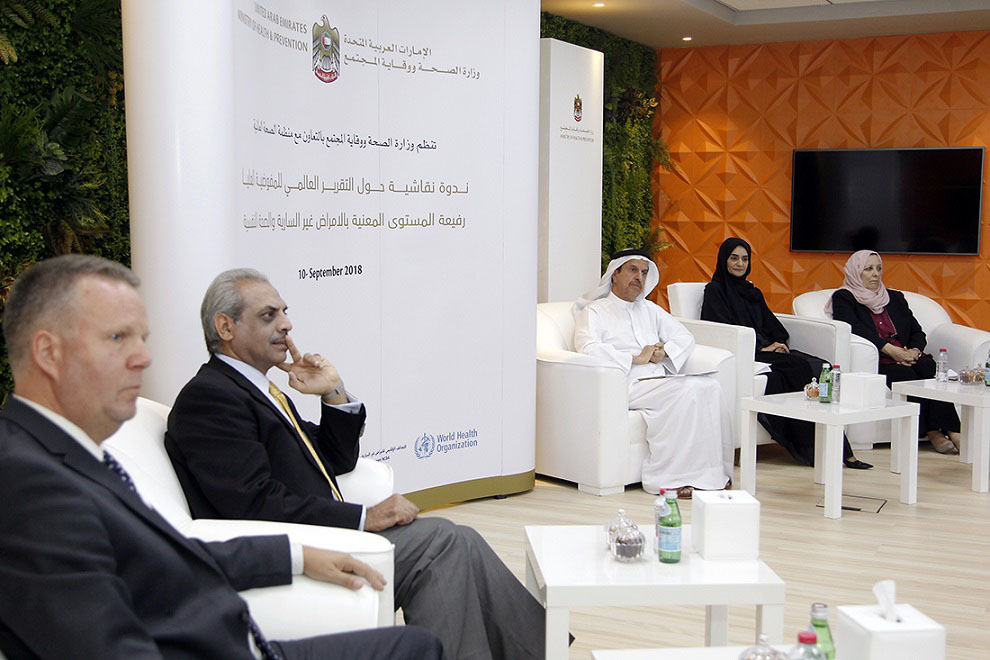 The country has developed a clear roadmap for the prevention of non-communicable diseases, which includes milestones such as the development of a national plan to combat noncommunicable diseases, the creation of a multisectoral committee on noncommunicable diseases, VAT implementation on tobacco and soft drinks and a strategy to combatt prevalence of obesity among children. In this context, the UAE, represented by H.E. Abdul Rahman Bin Mohammed Al Owais, Minister of Health and Prevention, participated in the preparation of the Report of WHO Independent High-Level on Commission on NCDs and was elected by WHO.

Dr. Hussein Rand added: “Organizing this seminar in partnership with WHO is part of the ministry and its partners’ efforts to develop the National NCD Action Plan (2017-2021) as part of a focused strategy to provide comprehensive and integrated healthcare in innovative and sustainable ways, that ensure disease prevention and the promotion of healthy lifestyles, in line with the UAE National Vision 2021, to achieve a world-class health system according to the highest global standards. 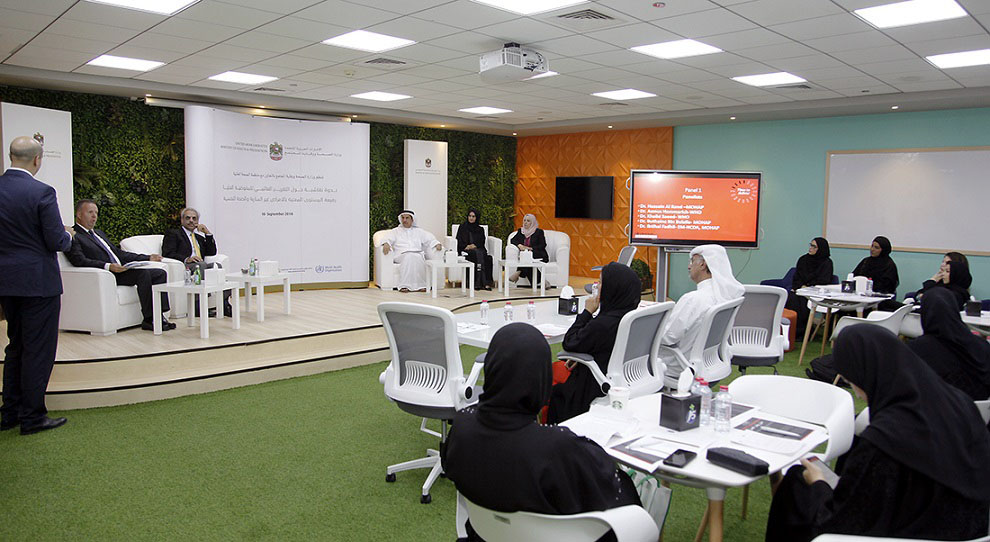 Dr. Buthaina Abdullah bin Belaila, head NCD section & deputy of the Supreme National Committee for the Control of Non-communicable Diseases said: “The seminar highlighted the success achieved by the UAE, with the aim of extending it to the international level, to reduce the prevalence of noncommunicable diseases, showcase the main recommendations of the Report of WHO Independent High-Level on Commission on NCDs and strengthen the recommendations of the report within the Eastern Mediterranean region, in addition to drawing the attention of regional leaders and organizing the 3rd  UN High-Level Meeting on NCDs in New York on September 27, 2018.”

She added: “The need to update the national noncommunicable disease surveillance program, the preparation of national records of deaths from these diseases, the collection and analysis of statistics and data and the issuance of reports to update health indicators, as well as discussing preventive and curative policies in light of many regional and global experiences, and developing a road map for national plan priorities.”

Boilerplate: The High-Level Commission was established by the Director-General of the World Health Organization (WHO) for the period 2017-2019, to develop proposals and procedures to accelerate and make progress in the treatment of noncommunicable diseases, including cardiovascular disease, cancer, diabetes and respiratory diseases. The co-chairs of the commission include the presidents of Finland, Sri Lanka and Uruguay and the Minister of Health of the Russian Federation and Dr. Sania Nishta, former Minister of Health in Pakistan. The establishment of the Committee was set out in line with the preparation of the UN High-Level Meeting on NCDs with the presidents of countries which are expected to participate in the 3rd UN high-level meeting on NCDs on September 27, 2018.