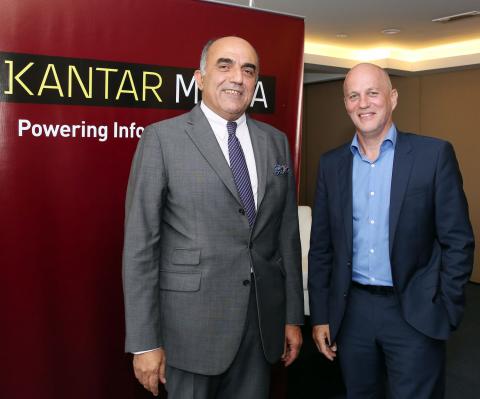 Roy Haddad, Director, WPP MENA, said: “The endorsement from CESP, following two waves of a thorough audit, has reinforced the Kantar Media TView service as the most accurate measurement service for the UAE television industry, and this will prove to be a catalyst for fueling growth in the television advertising market. With this solid audience measurement data, clients will gain greater confidence as they will have better insights into the returns on their investments. Furthermore, the most dynamic media market in the MENA region, the UAE, is assured of a world-class, data driven television audience measurement system, allowing TV broadcasters to develop more relevant content for their respective audiences”

“In a dynamic environment of changing media consumption habits, measurement methodologies need to provide advertisers and channel operators with critical and verifiable data on viewership and demographics to determine media spending and investments”, said Keld Nielsen, Global Chief Client Officer and Managing Director, EMEA, Kantar Media. “The TView service has been endorsed as the leading solution in the UAE.  It is the only TV measurement system that delivers daily audience data on channels, content and advertisements.”

The latest CESP audit of the TView service is the third consecutive annual audit, and the system showed continued improvement in all critical performance areas. One of the primary result areas is active panelist participation of more than 85 per cent, crossing the benchmark set by CESP and adopted by the industry. In addition, the system is also enhanced with a large-scale Establishment Survey, which helps determine demographic data with greater accuracy, and an increased penetration of television sets in the panel so that all media consumption points are considered in the measurement.