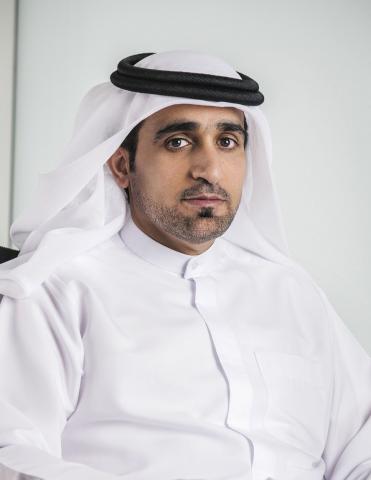 The Telecommunications Regulatory Authority (TRA) has issued a directive ordering major operators Etisalat and du to put a ceiling, or hard cap, on their respective mobile data bundles in a bid to protect consumers from unwittingly incurring disproportionately higher additional charges.  Directive (1) of 2016 applies to all mobile data bundles whether included as part of the main subscription or purchased as an optional add-on.  The Directive obligates the operators to limit the supply of mobile data to the size of the bundle.  Once the bundle is exhausted, the licensee cannot supply any further mobile data unless the consumer gives express consent.

The TRA released its directive after identifying several factors that could result in consumers being subjected to disproportionately higher over-bundle rates their knowledge, as in most cases, they are not aware of the costs incurred from out-of-bundle rates or the additional charges made once their bundles are all used up. The directive serves as a safety net measure to protect mobile data subscribers from what the TRA calls ‘bill shock.’  This comes within the TRA’s jurisdiction to protect consumer interests and continuously enhance the services in the UAE’s telecommunications sector in accordance with the directives of the country’s leaders.

H.E. Hamad Obaid Al Mansoori, TRA Director General, said: “We are concerned with the potential for consumers to receive larger-than-expected charges for their out-of-bundle mobile data usage. We acknowledge that both Etisalat and du have provided various tools to enable their customers to monitor their data usage and manage their costs.  However, we note that not all consumers use such tools.  It is also inherently difficult to estimate how much data is actually being consumed while, for example, browsing the internet or sending e-mails.”

“Consumers may not be aware of the actual costs associated with such mobile data usage and this could lead to ‘bill shock.’ We aim to address the issue once and for all through this new directive,” Al Mansoori added.

In broad terms, Licensees have three rates for mobile data:

2.      In bundle rate:  data bundles are available in various sizes, with validity periods ranging from one day to one month. Depending on the particular bundle purchased, the in-bundle rate, or charge for data consumption within the bundle allowance, can be as low as AED 0.03/MB

3.      Over bundle rate:  prior to the TRA’s Directive, in circumstance where the consumer’s data consumption exceeds the allowance for a given bundle, the consumer may consume additional data on a ‘pay-as-you-go’ basis at the over-bundle rate of AED 1 per MB of data consumed. Thus, if a consumer were to download a number of e-mails with attachments amounting to 200 MB over and above the consumer’s data allowance, the charge to the consumer for the additional data would be AED 200 which might be higher than the price of the actual data bundle.

The TRA was concerned about those arrangements for a number of reasons:  firstly, the consumer may or may not know when his/her bundle is exhausted and when the over-bundle rates were being charged.  Also, the TRA considers it to be somewhat unfair to consumers for operators to price the over bundle rate at the same level as the no bundle rate.

Under the new directive, when a consumer has used all of the allowance in a bundle, the consumer will not be able to use any more data. Both Etisalat and du can only supply additional data to consumers during this out-of-bundle period if they:  i) subscribe to another mobile data bundle; ii) opt-in to be charged at an over-bundle rate; or iii) specifically instruct their service provider to remove the hard cap. As such, the operators must at all times, record the consent and instructions of their subscribers.

Additionally, the directive requires Etisalat and du to ensure that their respective customers are protected against making overlapping subscriptions that would lead to double charging. According to the TRA, consumers who are currently subscribed to any alternative usage cap mechanisms for mobile data must be migrated to the hard cap mechanism.  However, those subscribers may be provided with an option to opt-out of the hard cap in favour of their existing cap mechanism.

The TRA also urged Etisalat and du to design and introduce pricing plans that are more fair to the consumer by charging lower rates for over bundle data than the rates charged for no bundle data.