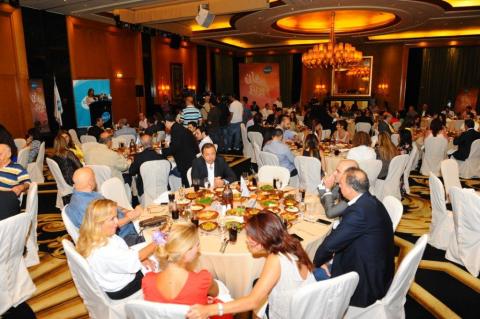 During its annual Iftar honoring the media

Beirut, 14 July 2014: Following its annual tradition during the Holy month of Ramadan, touch the leading mobile telecommunications operator in Lebanon managed by Zain, held an Iftar on Wednesday July 9 at the Four Seasons Hotel – Beirut, in honor of Lebanese media representatives. 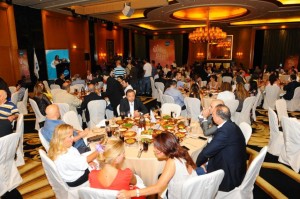 The event was organized under the patronage of the Minister of Telecoms Boutros Harb, and in the presence of a number of the Telecoms Ministry officials along with touch management headed by the Vice Chairman and General Manager of touch, Wassim Mansour. This gathering allowed media representatives to interact directly with the company’s management, who updated their guests on the latest initiatives undertaken by touch, in light of its recent achievements. 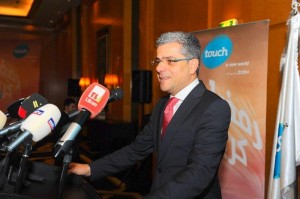 Mansour welcomed the invitees, saying that the Iftar is an opportunity to reunite members of the same family belonging to the telecom and media industries, highlighting the key role played by the press in supporting the company’s initiatives, while shedding the light on the successes touch has achieved and continues to achieve since more than a decade. He underscored that "our constant interaction creates a strong leverage for the telecommunications sector in Lebanon, thanks to the transparent and balanced journalistic message you offer to the public. We express our deep appreciation to you, as touch’s initiatives wouldn’t obtain that substantial attention and success without your support and work in covering our latest projects.”

Unique milestones achieved by touch recently were highlighted by Mansour, who stated that, “in collaboration with Zain Group and the Ministry of Telecoms, we were able to expand the total touch sub-base which has surpassed now the threshold of 2.1 million subscribers, within a 53% market share representing the majority of mobile users in Lebanon, which confirms again touch’s leadership position in the telecommunications industry..”

Mansour revealed that touch currently has more than 1.3 million data subscribers, a figure indicative of the customers’ mounting adoption of the latest technologies, while touch worked to keep up with these market trends, by offering its self-service touch mobile app - the most commonly used application among similar applications offered by telecom providers in the region.

In conclusion, Mansour pointed out to a unique achievement for touch in the world of digital communications and social media interaction with its customers, as he revealed that the company has achieved the number one rank among corporate Twitter accounts in Lebanon, noting that its official account is on the verge of reaching 100,000 followers on its official Twitter page.