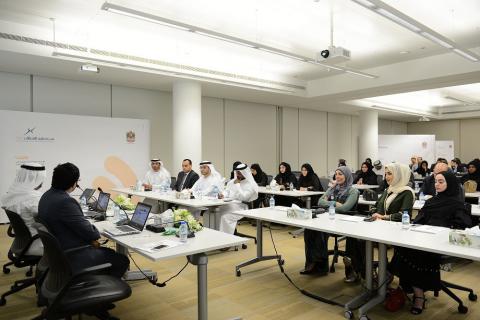 The Telecommunications Regulatory Authority (TRA) recently hosted a series of workshops at its head office in Dubai as the UAE steps up its initiatives to achieve excellence in the implementation of e-Government services throughout the country. The TRA plays an essential role in enabling the various government agencies to become a Smart Government entity, as part of its planning strategy for 2014 to 2016.

TRA said the group targets the completion of the six indexes by the fourth quarter of this year to meet the goals set under the Smart Government directive issued by His Highness (H.H.) Sheikh Mohammed bin Rashid Al Maktoum, UAE Vice President and Prime Minister and Ruler of Dubai. H.H. Sheikh Mohammed launched the Smart Government initiative in 2013, which aims to make all government services available and accessible through smart technologies platforms, such as websites, mobile devices, among others.

The Smart Government enablers explored the ways to measure the adopted indexes in terms of flexibility, as well as the inclusion of ‘positive competition’ concept and innovativeness in providing e-government services. An “Innovation Level” has also been included as an added feature in some federal government entities.

H.E. Hamad Obaid Al Mansoori, Director General at TRA, said the workshop is the result of the solid teamwork between federal entities to help the developers of smart government indexes achieve excellence in their mission to provide quality smart government indexes and make electronic services become part of the everyday lifestyle of UAE residents.

“We are all partners in achieving these important indexes according to the national agenda, including the Online Services Index led by the United Nations, where we aim to become the world’s most excellent government entity enabling its citizens to access services electronically. To achieve this goal, we have to unify our work as a team through these workshops and meetings, which we hope to bear fruitful outcome,” he added.

“TRA looks to stimulate innovation among the smart government enablers in the application of the indexes this year and this workshop is an important step towards building a specific approach in developing smart government e-services throughout the country. A comprehensive guideline for best practices in smart e-services will also be prepared for all government and federal entities,” H.E. Al Mansoori concluded.