T. Gargour & Fils increases Awareness About The Importance Of Safety In The Fuel Transportation Sector 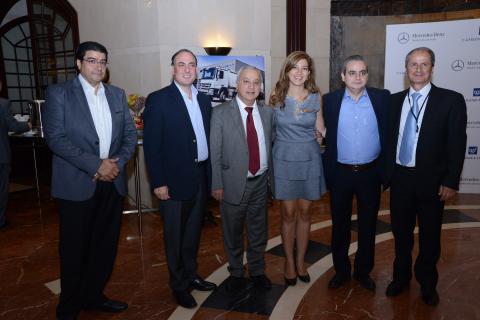 Beirut, August 2014: T. Gargour & Fils, the exclusive and sole agent for Mercedes-Benz in Lebanon, held a conference at the Hilton Hotel, Sin-el-Fil, in presence of a number of its customers, in order to increase awareness about safety in the fuel transportation sector. 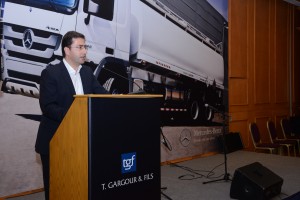 Mr. Cesar Aoun, General Manager of Mercedes-Benz and Smart at T. Gargour & Fils, welcomed the audience and then stressed on “the importance of the fuel transportation sector in the world today and its rapid development, especially in terms of future trends and policies in place, the development of fleet management, and the application of laws aimed at regulating this sector.”

Mercedes-Benz has been firmly established in Lebanon for several decades, as T. Gargour & Fils introduced this global brand to the Lebanese market in the early 1950s. Since its founding, T. Gargour & Fils has sought to bring the latest global innovations to Lebanon, showing unparalleled commitment to providing excellent services that aim to constantly offer an ideal experience for each customer. Thanks to its endless efforts, it has succeeded to gain the trust of its customers year after year.

Moreover, T. Gargour & Fils is seeking to expand its network for service centers. It also launched in 2013 a special service for credit solutions whereby the customer pays the company directly a down payment representing 25% of the truck’s price, with a 3.9% interest rate over 3 years. 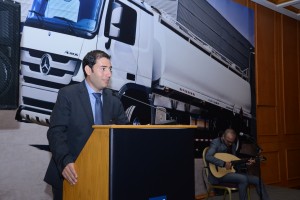 In his speech, Mr. Shady Mogabgab, Commercial Vehicles Sales Manager, discussed the status of trucks on the roads in Lebanon, namely the dangers associated with the movement of trucks, in addition to the allowed gross vehicle weight (GVW), the process of issuing licenses for tank trucks, and the common denominators between Decree No. 5509 and the Traffic Law. He concluded by listing all the facilities received by Mercedes-Benz customers upon the purchase of Actros trucks, including financing, providing a structure for fuel tanks, and securing a license to facilitate the truck’s registration. 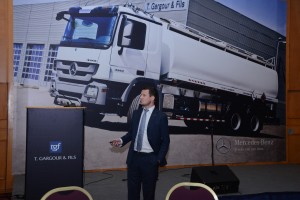 For his part, Mr. Ross Davies, Regional Sales Manager for Mercedes-Benz trucks, praised the leading reputation of Mercedes-Benz trucks in the world, pointing out that “these trucks have been famous for years for their prowess, safety, and cost-effectiveness. It is thus no wonder that they are witnessing an increasing demand, particularly in regions characterized by difficult conditions”. Mr. Davies also added that the modern Actros trucks comply with the terms and conditions of the European Agreement concerning the International Carriage of Dangerous Goods by Road (ADR). 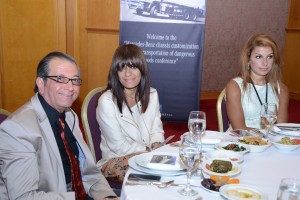 Engineer Sami Harb, Inspection and Control Unit Head at I.R.I., talked about licensing in Lebanon and the methods used to test tank trucks according to Decree No. 5509. He also informed the audience about the ongoing study to apply ADR standards in Lebanon. It is noteworthy that the fuel transport sector is one of the most regulated sectors in Lebanon, as laws are applied at the stage of registration. Efforts are currently being made to develop and improve this sector in order to reduce the potential dangers that can be caused by old tank trucks that some companies still use. 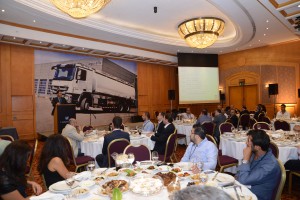 In the end, T. Gargour & Fils stressed the importance of implementing laws to ensure safety in any place where tank trucks are located, noting that the company’s mobile maintenance center provides 24/7 services to owners of Mercedes-Benz commercial vehicles in all Lebanese regions.