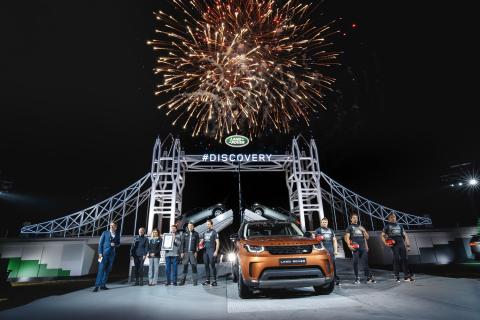 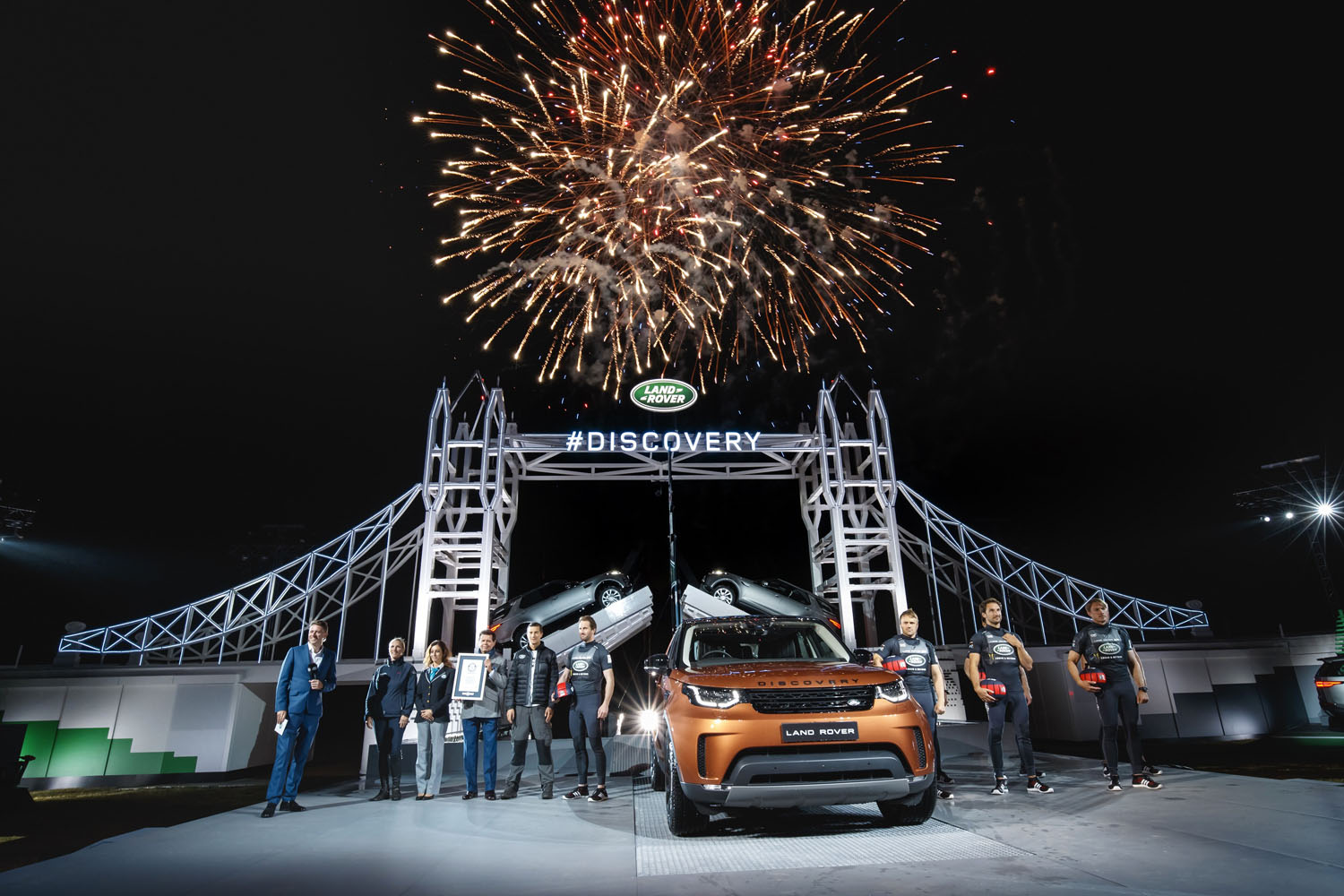 Jaguar Land Rover stole the limelight at the Paris Motor Show with a world premiere, a world record, a surprise announcement and a motorsport debut.

The new Land Rover Discovery was the headline act on the show stand in Paris, fresh from its dramatic unveiling alongside a world record-breaking LEGO model of London’s Tower Bridge. The All-New Discovery redefines the premium SUV sector, delivering class-leading all-terrain capability and a versatile full-size seven-seat interior in a revolutionary design.

The Jaguar success story continued with confirmation the XF Sportbrake will join the family in 2017 and the brand underlined its commitment to investing in technology for the next generation by showcasing its advanced I-TYPE 1 on the stand.

Dr Ralf Speth, Chief Executive Officer, Jaguar Land Rover, said: “We have developed a sensational line-up of products of style and substance that empower our customers to make more of their world.”

A modern Discovery in every sense

The digital All-New Discovery is equipped with up to nine USB ports, six 12-volt charging points and an in-car WiFi hotspot for up to eight devices. Additionally Jaguar Land Rover’s newly announced Spotify app offers readily available ‘music for every moment’ radio and personalised playlists based on users’ tastes and in-car listening habits.

All-New Discovery continues a 27-year story of innovation. Jaguar Land Rover is leading the software engineering revolution at the forefront of the shift from cogs to code, illustrated by the investment in electrical engineering which has trebled over the last five years from £99m to £301m.

Jaguar confirmed in Paris the production of a new model. Speaking on the show stand, Ian Callum, Jaguar Design Director, said: “There are going to be more additions to the Jaguar family in 2017 and I can confirm that one of these will be the new XF Sportbrake.”

Camouflaged prototypes of the new XF Sportbrake are already undergoing testing and development on UK roads ahead of its launch next year.

Callum also referenced the offer of all-wheel drive and advanced traction technologies across the range, making Jaguar vehicles perfect for all markets and all weathers.

He said: “We will continue to grow our reputation as all-weather experts with all-wheel drive available on every vehicle and a toolbox of traction technology to give our drivers confidence whatever the conditions.”

British actor Nicholas Hoult, known for his roles in blockbuster films including Mad Max and the X-Men series, drove a Jaguar XF AWD R-Sport onto the show stand after putting the sports saloon through its paces as part of the Europe-wide Jaguar Art of Performance Tour.

Jaguar also took the opportunity to showcase its racing credentials as the new I-TYPE 1 racer made its global motor show debut in Paris. In October Panasonic Jaguar Racing will compete in the third FIA Formula E season with the first ever all-electric Jaguar racing car.

The brand’s commitment is to ‘Race to Innovate’ – a mission to change the perception of electric vehicles, to develop new electric technology and to inspire future generations.

Ingenium Powertrains: our most advanced engine ever

At the heart of its low-emissions strategy, the new four-cylinder Ingenium petrol engine is produced at Jaguar Land Rover’s £1billion Engine Manufacturing Centre. Designed, engineered and manufactured in the UK, these are the most advanced engines the company has ever developed. They will deliver up to 25 per cent more power than the units they replace and offer fuel consumption reductions of up to 15 per cent.