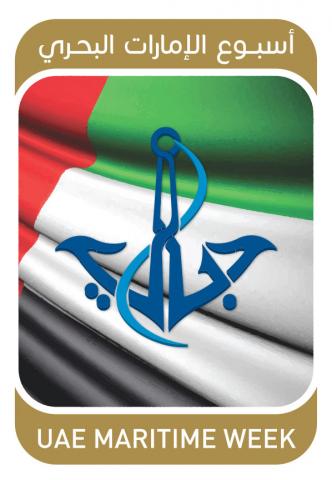 The Dubai Maritime City Authority (DMCA) recently concluded the Dubai Maritime Week 2016 held under the patronage of H.H. Sheikh Hamdan Bin Mohammed Bin Rashid Al Maktoum, Crown Prince of Dubai and Chairman of the Dubai Executive Council. During a closing ceremony in Dubai, renowned government and private maritime partners were recognized for their prominent role in advancing, strengthening, and developing the local maritime sector amidst concerted efforts to position Dubai and the UAE in the ranks of the most prominent international maritime capitals.

The Dubai Maritime Week 2016, the first of its kind in the region, was staged from October 30, 2016 to November 3, 2016. Decision makers, experts and local and global industry pioneers attended various events to discuss international best practices and innovative solutions to help make the domestic sector globally competitive. More than 350 exhibitors from major maritime companies and over 7,000 visitors, including local, regional and international senior naval experts, gathered under one roof during the landmark event.

The third edition of the Dubai Maritime Week 2016 also featured the ‘Dubai Maritime Summit,’ which was opened by H.H Sheikh Mansoor bin Mohammed bin Rashed Al Maktoum. It was during the summit that the announcement of renaming Dubai Maritime Week into UAE Maritime Week was made. The strategic move was part of proactive steps in enhancing Dubai’s competitiveness and reputation as one of the most important venues for international maritime gatherings. Decision makers, senior government officials, and industry pioneers welcomed the development, saying it would make the UAE Maritime Week a national gathering with a global theme, where the future of the domestic industry would be explored and where efforts to make the UAE one of the world’s most competitive and exclusive maritime centers would be discussed.

The ‘Dubai Maritime Summit 2016’ also held the first Dubai Maritime Innovation Award established to recognize unique initiatives that have made valuable contributions to the growth, development and prosperity of the local maritime sector. Chevron Shipping Co, SEACOR Marine, GAC EnvironHull Limited, Maersk Training, and DP World were among the winners.

H.E. Amer Ali, DMCA’s Executive Director, said: “The Dubai Maritime Week has once again proven its leadership, inclusiveness, and excellence to the world, thus further enhancing its prestigious reputation as one of the most important international events for local and global top maritime minds, experts and analysts. Current situation, emerging trends and future prospects in the global industry were discussed during the renowned gathering. The event also featured numerous discussions on reshaping the maritime legislative structure, encouraging innovation and creativity in marine navigation technology, and adopting the latest smart technologies. At its conclusion, the event successfully yielded positive results and key recommendations to boost national efforts in building a capable maritime sector and pushing for local, regional, and global sustainable development.”

H.E. Ali added: “We are happy with the third edition’s positive outcomes, which are further motivating us to intensify our efforts and continue our momentum and success.  Additionally, renaming the event to UAE Maritime Week is an important step towards boosting Dubai’s successful maritime experiences, while at the same time positioning the UAE among the ranks of the most competitive, inclusive and excellent maritime centers in the world. We confirm that the preparations for the event’s next edition are now ongoing. Like this year, we are confident of the success of the 2018 edition thanks to the support of our wise leaders and strong partnership between DMCA and public and private sectors in our bid to promote the future of the maritime industry.”

The Dubai Maritime Week 2016 also hosted the ‘Seatrade Maritime Middle East and Global Shippers Forum’ and the ‘Seatrade Maritime Awards Middle East,’ both of which aim to bridge communication gap and forge international cooperation to help overcome obstacles, maximize opportunities, and increase the contributions of the global maritime industry to the ongoing efforts of building a safe and sustainable future for all.