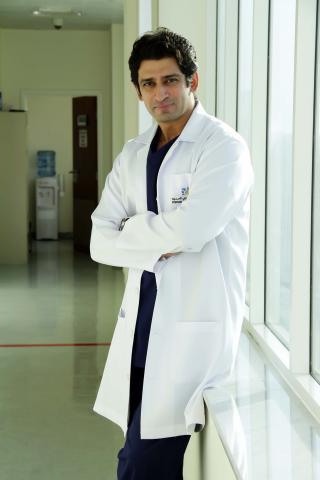 More and more people are now looking at bariatric surgery as a preferred medical solution for people who want to address their weight problems, particularly across the younger generation suffering from obesity. Dr. Rohit Kumar, a leading laparoscopic bariatric surgeon, has pointed out that the growing preference has resulted in the increased number of bariatric surgeries in the UAE, which has almost tripled in the last three years. Looking to increase more awareness on bariatric surgery, Dr. Kumar will be holding a forum on April 2, 2016 at the Al Bustan Rotana, Dubai, where he will talk about the many benefits and advantages of this ground breaking medical procedure and the process and phases that its patients go through. The event is expected to be attended by dietitians, physiotherapists, gastric surgeons along with potential and recovered patients. As a precursor to the event, chatrooms will be available on the website to answer any questions on the event.

According to Dr. Kumar, more and more people have become more aware of the immense benefits and advantages to be gained from bariatric surgery. This follows a recent report from the International Diabetes Foundation showing that more than 803,900 people in the UAE have been diagnosed with diabetes—representing 19 per cent of the country’s total population. Aside from this growing problem, the related issue of childhood obesity has also stemmed, which can lead to hypertension, type-2 diabetes, orthopaedic complications, sleep apnea and psycho-social difficulties. Medical experts have pointed out that that weight loss surgery may be a safe treatment option for individuals who are mildly obese or overweight and suffering from uncontrolled diabetes.

“The UAE is one of the countries with the highest proportion of people suffering from obesity. People must be made aware that the diseases related to obesity can be avoided by losing weight,” said Kumar. “Bariatric surgery is now being preferred as a successful intervention for treating obesity. This medical procedure is now being performed in increasing numbers in the UAE and the Middle East.”

A recent study done by the New England Journal of Medicine has shown that most participants that underwent Bariatric surgery had reversal of a number of important obesity-related health problems. Reversal of type-2 diabetes was seen in 95 per cent and normalization of kidney function was seen in 86 per cent. In addition, hypertension was corrected in 74 per cent and lipid abnormalities reversed in 66 per cent.

“Bariatric surgery for the younger generation or adolescents is being touted as a highly recommended solution to defeat obesity. The surgery helps the patient lose weight and also corrects the obesity-related illnesses that may afflict the patient.  Diabetes, for example, can almost completely go away after weight loss surgery. Still the long-term success rates of any bariatric surgery procedure rely heavily on the patient committing to changing their lifestyle and eating habits,” concluded Kumar.

Bariatric surgery is associated with long-term survival and an improved quality of life for patients suffering from obesity and type-2 diabetes. Weight-loss surgery is often considered a treatment for people who are severely obese – those who have a body mass index or BMI, of 35 or more. Bariatric surgery is also being recommended for people without diabetes but are contemplating weight loss correction. Surgeries are typically advised if their BMI is 40 and above. However, these procedures may be prescribed at a lower BMI if the patient has other comorbidities, such as diabetes and hypertension. Without seeking the proper medical treatment, patients face an increased risk of heart disease, as well as early death in case of a cardiovascular event.