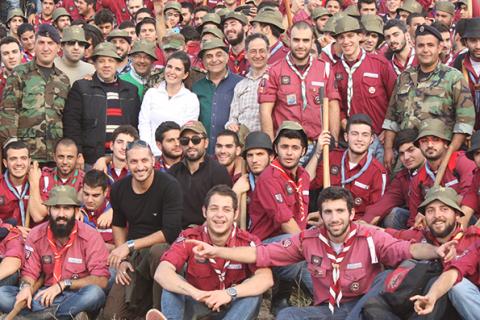 This Sunday November 30, under the theme “Sow on good Soil”, 600 volunteers from the Rovers Branch of the “Les Scouts du Liban” coming from all regions of Lebanon met in Damour to plant 1,500 native trees and 1.500 seeds, which is part of a larger plantation campaign of 60,000 trees to be planted and protected within this site in collaboration with the municipality of Damour. 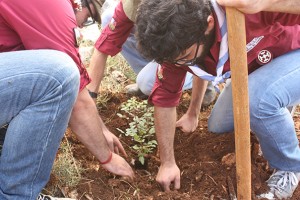 “The contribution of the youth of Lebanon is vital to our mission, as they are the hope of tomorrow and they will be the ones protecting our green land” confirmed Raoul Nehme, president of Jouzour Loubnan, “We invite all the people from all age ranges, families and friends, to support and contribute to our green mission”.

Rawad Khalaf, Commissionier of the rovers branche of “Les Scouts du Liban” said: “Following the article 6 of the scout law: "The scout sees in nature the work of God protects animals and plants", our role as rovers is to take care of our land and try to make this world a little better. Our Journey Goal pushes us to take the initiative and react to this present and to “Sow on the good soil” which is our country Lebanon”.

The Jouzour Loubnan team provided the trees which varied between Pine, Carob, and other native trees. Upon their arrival a quick presentation raising awareness about the importance of the forests in Lebanon and the threats of desertification was followed by training on the best practices to plant trees and insure their survival. 4 hours later the group had planted 1,500 trees and 1,500 seeds.

The association of “Les Scouts du Liban” was founded in 1938. Today it has more than 12,000 members in 115 schools and communities all over Lebanon. The development of this movement communicates to youth; girls and boys, regardless of their religion or race, strong values such as: loyalty, brotherhood, solidarity and service. The essence of scouts, according to its five goals, makes young leaders work on their own progression and prepares them to become active citizens in their society. This progression is divided into small units accord­ing to their age groups.

Jouzour Loubnan, founded in 2008, is an NGO whose mission is to participate in the restoration of Lebanese woodland and promote sustainable forestation mainly in arid regions. To date, around 180,000 native trees have been planted, irrigated and protected, across Lebanon’s Northern and Southern regions. Jouzour Loubnan's goal is to increase the woodland area and restore degraded high mountain ecosystems, empower local communities’ to protect, manage, and benefit from the projects and promote environmental awareness of natural resources amongst younger generations.