MINI turns 55: a small car with a great history 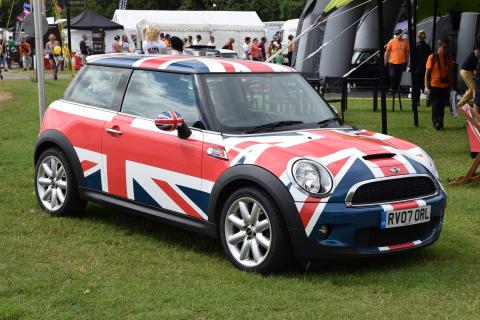 August 2014 - When the first classic Mini, made in Birmingham, went on the market on August 1959, none of the people involved at the time could have imagined that the concept of a revolutionary small car would turn into one of the automotive industry's most impressive success stories, stretching over a period of five and half decades. 55 years ago, two models were presented to the public which differed solely in their radiator grille, hub caps and paint finishes: the Morris Mini Minor and the Austin Seven. Designer Alec Issigonis' concept was both simple and ingenious: lots of interior space combined with minimum exterior dimensions, four seats, perfect driving properties, low fuel consumption and a reasonable price. These brilliant ideas had an impact that was to extend into the 21st century. 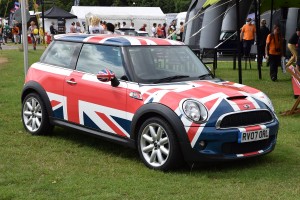 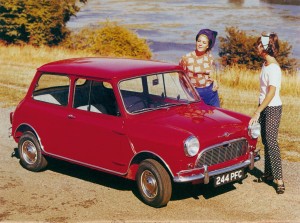 The brand's underlying principle was confirmed once more when it was restarted with the market launch of the MINI in 2001: a superior concept gained popularity in a range of different forms and eventually became firmly established. Since then MINI has combined the classic values of the early generations with the demands of a modern automobile. Very few vehicle concepts have survived for such a long period of time or gained a comparable level of popularity as the MINI.

Today the range comprises a large number of models: starting with the classic body variant of the MINI, it includes the MINI Clubman, the Convertible, the Coupé and the Roadster, going right through to the Countryman and the Paceman. The brand began another fresh chapter of its success story in spring 2014 when the new MINI went on the market. An entirely new variant in the model program follows in autumn 2014 - the MINI 5 door.

All models share unsurpassed elegance, highly stable value retention, unbeatable handling, outstanding safety, unrivalled sporty flair, an expressive and instantly recognisable design, and uncompromising quality at premium level. The combination of different qualities is as modern today as it was 55 years ago and the concept is younger than ever.

On the first weekend in August, members of the classic Mini and the new MINI community met in the county of Kent to celebrate the most successful and most popular British small car on its 55th anniversary. MINI enthusiasts were just as impressed by the new generation of the original in the premium segment of small cars as they were by some of its ancestors that were to be seen on the grounds. The vehicles on show ranged from one of the very first cars of the brand dating back to 1960 to a classic Mini Clubman Estate and a classic 25 Special Edition Mini from 1984 through to one of the last classic Minis ever built from the year 2000.

Guests of honour at the anniversary included Paddy Hopkirk, who achieved the brand's first win at the Monte Carlo Rally in a Mini Cooper S 50 years ago and Russ Swift, who demonstrated some of his unique stunts and tricks.

Fans of the brand traditionally get together at the International Mini Meeting to demonstrate their passion for the world's most famous small car. This year they designed and produced hundreds of individual stickers featuring messages and pictures. The best designs will be on show later this year at a big MINI exhibition at the BMW Museum in Munich.

The International Mini Meeting (IMM) was first held in Germany in 1978 - at that time it was a relatively small-scale three-day camping event. Its popularity increased from one year to the next and was turned into an international meet-up. The IMM takes place in a different country every year, but it returns to the UK every five years to mark the brand's anniversary in August.