MIDDLE EAST PRIVATE EQUITY SAW A GROWING VOLUME OF LARGER DEALS IN 2015, BUT BAIN & COMPANY ADVISES MORE MUST BE DONE TO SUSTAIN POSITIVE MARKET MOMENTUM IN THE FUTURE 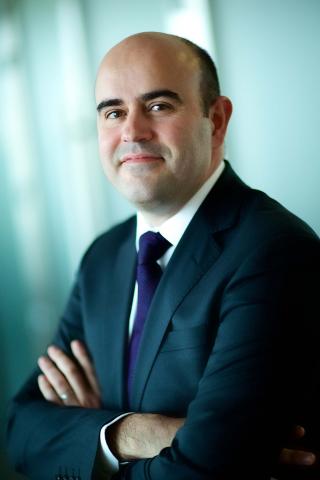 Private equity (PE) in 2015 turned in a solid year against a backdrop of slowing global economy, increasing volatility in public equity markets and feverish competition that drove investment multiples to new highs.  New PE deal-making ground on steadily in 2015, as it has every year since 2010 – the start of this remarkably durable PE cycle.  Deal value for announced global buyouts totaled $282 billion, a shade more than in 2014, and deal count dropped 14 percent – a tad lower than last year.  Yet, PE firms face intense pressure from continued competition and ferocious deal-making, requiring a mandate to differentiate.  This is according to the seventh annual bellwether Global Private Equity Report released today from Bain & Company, the world’s leading advisor to PE investors.

In the last 10 years, the PE industry has been through the throes of volatility, but has proved itself to be remarkably resilient, particularly over the decade’s second half.  By 2015, limited partners (LPs) enjoyed a fifth consecutive year when distributions outpaced capital calls, generating strong net positive cash flows. For general partners (GPs), sharpening their focus on deal sourcing, investment thesis articulation and post-close value addition have never been more important, and they are hurrying to raise their games on these and many other fronts. The past year also saw the best environment for fund-raising since the pre-crash boom.

Gregory Garnier, Bain partner in the Middle East said: “Last year was a very encouraging year for private equity in the MENA region with a growing volume of larger deals, notably in the retail and consumer goods, healthcare, and education sectors. To sustain these dynamics, the industry will need to remove barriers on the sell-side and the regulatory side. New oil price levels will certainly have some impact on PE activity: some deals will be delayed, but we will also see more opportunity to invest counter-cyclically, which is imperative to managing portfolio companies with stringent value creation approaches.”

Last year, the $175 billion that GPs attracted for commitments in new buyout funds came in 11 percent below the amount GPs had raised in 2014. Despite this, GPs setting out to raise new funds in 2015 saw one of the best fundraising environments since the last boom, despite overall numbers that were down slightly from last year.  According to Bain, PE funds with top-quartile predecessors closed faster and raised more money than ever before – among buyout funds, a full 40 percent closed in six months or less.  Further, the percentage of funds that hit or exceeded their fundraising targets was higher in 2015 than at any time since the pre-crisis boom of 2007.  The supply of LP money has been so great that even funds succeeding fourth-quartile funds on average met their target for fundraising last year.  Still, LPs are looking at new ways to put money to work, including co-investment opportunities and using the secondary market to meet their allocations.

The aggregate value of buyout-backed exits came in slightly below the record $456 billion posted in 2014. But with $422 billion in realizations and 1,166 deals reported at year-end, asset sales were just shy of their all-time peak. Exit activity was vibrant in all regions around the world, led by a healthy North American market, where buyout-backed exits hit $223 billion. Exits in the Asia-Pacific region came in at $85 billion, in line with the region’s performance over the past five years. Even in Europe, beset by sovereign debt and currency woes, GPs pulled in $143 billion in asset sales – an amount surpassed only twice over the past 20 years, in 2014 and in 2007, the peak of the last PE cycle.

Yet, this continues to be a tough deal environment, said Hugh MacArthur, who leads Bain’s Global Private Equity Practice. Dry powder and the need to put money to work is creating increased competition between funds for new deals. On top of this, corporates are using lower capital costs to fund an M&A boom and vying with funds for new deals. As a result of this intense competition, multiples are at all-time highs in the U.S. and near highs in Europe, exacerbated by some turbulence in the debt markets, particularly towards the latter half of the year, as spreads increased and some deals struggled to secure fundraising.

Bain anticipates that recent investment activity, far below that of the peak period between 2005 and 2010, will lead to a falloff in exit activity over the coming five years and smaller cash distributions flowing back to LPs.  This period of ‘normalization’ follows two massive deal spikes in 2006 and 2007, which the industry has finally digested.

Within the next 10 to 20 years, the industry can expect more of a readjustment.  It is likely that third and fourth quartile funds will find it harder to raise money.  Particularly in developed markets, the challenge for PE funds will be to understand – before they buy an asset – what they can do with it, particularly amid dense competition.  If they cannot dramatically influence a given asset, PE firms are unlikely to realize attractive returns on their investment.

A mandate to differentiate

With today’s favorable fund-raising conditions expected to slow in the next few years, GPs will need to be able to demonstrate to LPs that they have a sharply honed and differentiated strategy for achieving superior performance.  LPs will also shift their priorities with many increasingly looking to concentrate their investments in a smaller number of top performing funds.  More than ever, a strong strategy will be important for fundraising as the supply/demand balance shifts back to LPs.  There are various ways to do this, and many are testing novel, promising pathways, which will become increasingly important in the years ahead:

MacArthur cautions that as the industry tries to find value in investment opportunities with stubbornly high prices and return thresholds, repeatability will play a key role in post-close activism, helping to realize more value from a deal, even once it is complete.

“It used to be that you could take the deal model, trim it by 15 percent and still wind up with a reasonable return,” he said.  “Today, the need to transform the value of the assets is more acute than ever – sometimes you need to get the year five number in year three to realize an attractive payoff.”

‘Storm-proofing’ ahead of a looming recession

The time for PE firms to prepare for a downturn is before the storm hits. Portfolio assets acquired within the past two or three years are particularly susceptible to buffeting by economic turbulence. Purchased at prevailing high multiples and under sunny economic skies, many of these holdings were set up for exit sooner rather than later.  GPs that remain stewards of their assets for longer than they had expected will want to weigh how best to insulate them from economic headwinds and to set them up to prosper when conditions improve.

“The onus will be on GPs to outperform their peers,” said MacArthur.  “This will cause a renewed requirement for strategy.  You can’t do that in the moment, when it happens.  You have to put it in place now.”