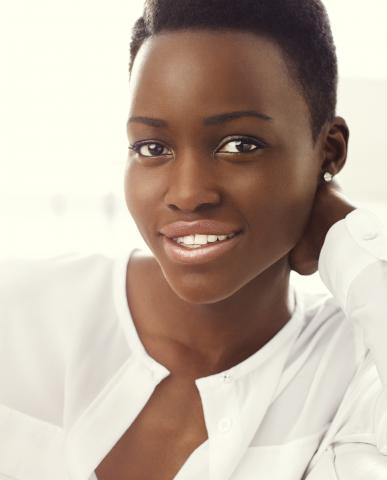 With her instinctive and sophisticated talent and one of a kind beauty, both delicate and strength-exuding, 31-year-old Lupita Nyong’o has taken the world by storm.  She received an Academy Award® in the category of “Best Supporting Actress” for her moving portrayal of Patsey in Steve McQueen’s acclaimed film 12 Years a Slave – making her the fourth Academy Award® winning Lancôme ambassadress. Her performance also won her many other prestigious awards worldwide, including the Screen Actors Guild® Award, the Independent Spirit Award, NAACP Award, as well as the 2013 Hollywood Film Awards' "New Hollywood Award.” 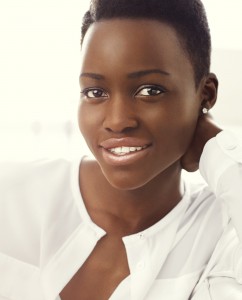 Lupita Nyong’o, a recent graduate from the Yale School of Drama, has an eclectic artistic repertoire, having performed on stage as well as having directed the award-winning feature-length documentary, In My Genes, about the reality of living with albinism in Kenya. She was recently seen in the action thriller Non-Stop, opposite Liam Neeson and Julianne Moore. The Mexican-born, Kenyan actress is an outstanding example of a natural beauty; confident and simply true to herself, she embraces life with freshness, citing happiness as the most attractive form of radiance.

"I am truly honored to join the Maison Lancôme, a brand with such a prestigious history and that I have always loved. I am particularly proud to represent its unique vision for  women and the idea that beauty should not be dictated, but should instead be an expression of a woman's freedom to be herself,”, confided Lupita Nyong’o, who is joining Julia Roberts, Kate Winslet, Penélope Cruz and the recently appointed young actress Lily Collins. She will be seen from this summer in campaigns shot by star photographers Mert Alas and Marcus Piggott.

“Both talented and committed, true to her African beauty, and showing a great curiosity and open-mindedness in her career choices, Lupita is by essence the Lancôme woman.” stated Françoise Lehmann, General Manager of Lancôme International “A strikingly beautiful and intelligent woman, serenely but strongly living her life her own way, Lupita has this special kind of aura both enlightening and deep.”

Founded in 1935 by the visionary pioneer Armand Petitjean, Lancôme immediately performed in selling perfume, beauty care and make-up to an international clientele. Today, the brand is present in 130 countries, with 20,000 beauty advisers in as many points of sale relaying a message of French excellence, with great services and iconic products (Trésor, La vie est belle, L’Absolu Rouge, Hypnôse mascara, Teint Idole, Advanced Génifique, Visionnaire, Absolu L’Extrait, etc.). Lancôme affirms that happiness is the most attractive beauty and offers every woman the possibility to enhance her beauty and femininity, whatever her age and whatever her skin color, by giving her the best of science with major innovations. The luxury cosmetics house is represented by inspired - and inspiring - ambassadresses (Julia Roberts, Kate Winslet, Penélope Cruz, Lily Collins and Daria Werbowy.). Day after day, Lancôme’s ambition is that every woman who comes to Lancôme to be more beautiful leaves happier.