The Lebanese Customs Administration holds the “Continuous Modernization for a Better Service” Workshop. 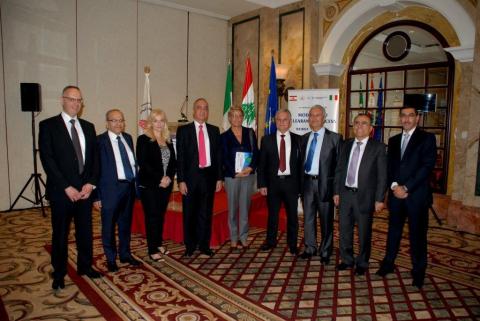 Under the Twinning Project with the Italian Customs and Monopolies Agency.

Beirut, November 5th, 2014: As part of its continuous modernization efforts, the Lebanese Customs Administration hosted a “Continuous Modernization for a Better Service” workshop in Phoenicia hotel under the patronage of Minister of Finance H.E. Mr. Ali Hassan Khalil to present to private Stakeholders the modifications introduced in the customs’ procedures.

The Modernized Clearance strategy started off with assigning goals and responsibilities all particles of the Lebanese customs administration and its partners to operate in an integrated system; followed by intensive training for Customs employees to build its capacity in Lebanon and abroad. 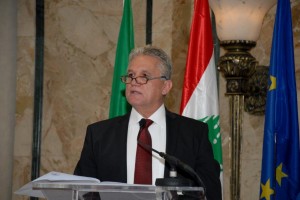 The twinning project is not only meant to improve procedures and controls methodologies but also to reduce cost burdens and optimize efficiency. The key to accomplish that was in establishing automated and integrated clearance process, an e-government, and paperless environment in general.

In his speech, H.E. Mr. Ali Hassan Khalil stated, “The twinning project is definitely one step forward towards putting Lebanon on the track of high international trade standards through improved productivity, quality and efficiency of trade procedures.” He added, “It also serves to make Lebanon part of the World Trade Organization and eventually help promote national economic growth.”

From his end, Mr. Chafic Merhi, Director General of the Lebanese Customs Administration assured that, “The success of our efforts for continuous modernization is bound by the cooperation of many ministries, governmental and non-governmental organizations and administrations namely those who work is involved in merchandise customs clearance. We are all facing a big challenge but we are very serious and firm about succeeding together.” He also called on all parties to “actively participate in the proper application of the agreement to serve this country and diminish wasting its resources.” 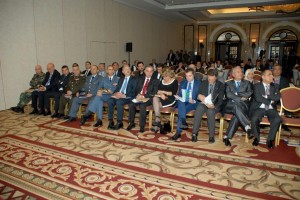 On another hand, the Italian Customs and Monopolies Agency-Twinning Project Leader Ms. Natalina Cea commented, “The Italian Republic and specifically the Italian customs agency is thrilled to provide the needed support for Lebanon to be able to keep up with the European and internationals standards for trade. She added, “The project included several components starting from identifying gaps in the Lebanese customs operations and outdated terms in the Lebanese legal text to proposing the needed solutions and advancements. Some in-depth enhances needed to be done to the structure of the Department of Customs to enable the administration to carry out the new and automated and e-commerce procedures.”

Customs: Continuous Modernization for a Better Service, is a workshop that summarizes the efforts of the Lebanese Customs Administration with a one-of-a-kind innovative and pioneering project. It doesn’t only fall under the Lebanese Customs’ mission to support and facilitate legal trade but also its ambition to sustain relationships with World Trade Organization, and the World Customs Organization through several future plans such as the Single Window project, aiming at developing the customs practice in a paperless environment.